Art and the City - Invisible Flock

In the run up to the British Art Show 8 which opens in Leeds in October, we've made a series of films spotlighting different aspects of the visual art scene in the city. The first film is about interactive arts organisation Invisible Flock 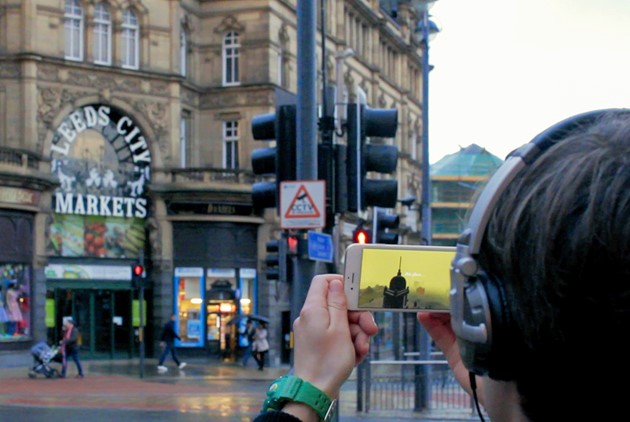 Invisible Flock formed in 2009 and consist of three lead artists: Ben Eaton, Victoria Pratt and Richard Warburton, Company Director Catherine Baxendale and Digital Technical Assistant Henry Clay. They specialise in creating interactive artworks where audience participation forms an integral part of each project. In June 2015 we went along to their office at East Street Arts to find out more about what they do.

Art and the City: Leeds College of Art >

This series of films is supported by Leeds Inspired.

About the British Art Show 8

The British Art Show last came to Leeds in 1990, just a year before the launch of AXIS (then hosted by Leeds Metropolitan University) as the UK's first ever Visual Arts Exchange and Information Service.

The British Art Show, organised every five years by the Hayward Gallery as part of the Hayward Touring programme, is the biggest touring exhibition of contemporary art in the UK and a major event for the cities that host it. After Leeds the show will go on tour to a further three cities - Edinburgh, Norwich and Southampton.

We are delighted to have this opportunity to tell the story of art and artists in Leeds at a moment when all eyes will be on the city for the launch of one of the biggest events in the UK art calendar.

I oversee the curatorial panel that assesses applications to join Axisweb. I also produce film content for the website which includes interviews with artists, curators and collectors.

< Art and the City - Leeds College of Art With For About >