Rogue Game, Replay 1, Casco Utrecht, in collaboration with Can Altay 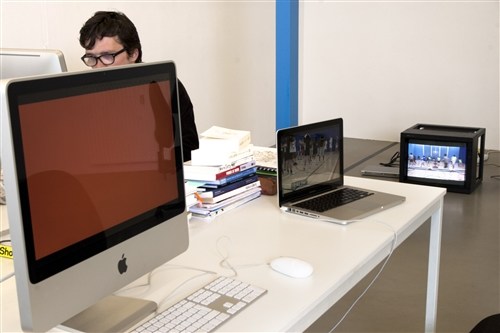 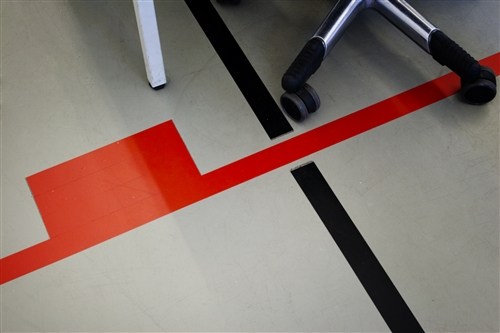 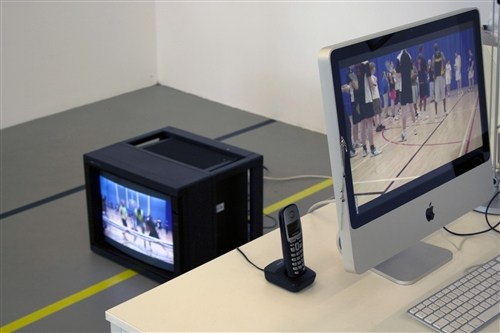 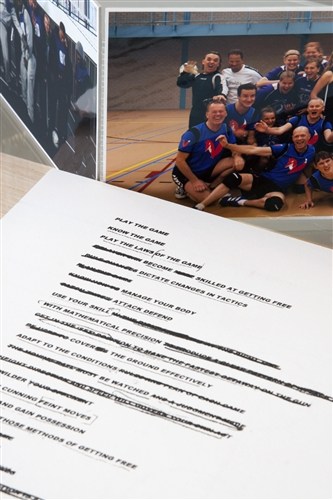 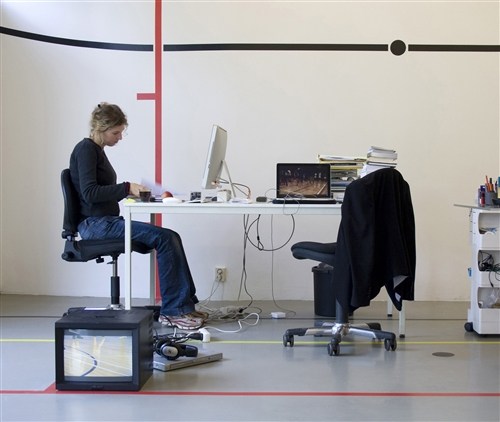 ‘Rogue Game Replay’ was commissioned as a solo show by Casco, Utrecht as an appendix to Can Altay’s exhibition ‘C0HAB: an assembly of spare parts’. The show within the gallery space of Casco was accompanied by an event ‘Rogue Game, First Play’ that took place in Sportcentrum Olympos in Utrecht. As an appendix to COHAB and a development of Rogue Game, First Play, the exhibition explores concerns of co-habitation and territorial negotiation. Rogue Game as an event and exhibition stands as a metaphor for how we might occupy space outside the confines of the sports field and within the urban realm.

The exhibition produces a meeting ground of hybridized relations and play between the logic and systems of the sports arena, the exhibition space, the office of Casco and reflections on COHAB. Within this exhibition setting the superimposed territories, rules and functions of each layer are negotiated through moments of contingency, play and collision to define a new gaming arena and strategies for co-habitation.

A centre section of the multipurpose sports hall, at real scale is folded into the space of Casco, bringing into the space the architecture of the game, creating new thresholds and territories and framing any future action. The office of Casco is recomposed in the space, adhering to the courtliness, which in turn frame the office workers’ actions and movements and propose them as players of this new game.

Documentation of Rogue Game, First Play co-habits the office as a screensaver. Footage showing a moment before the start of play, of players waiting in anticipation of play is looped and uploaded as a screensaver that intermittently interrupts office work when the computers are not in active use. Further overlay and inter-play between Rogue Game, the exhibition space and the office occurs through the screening of three sequences of Rogue Game action, punctuated by colour fields, on one iMac and two cube monitors located within the abstracted court setting. The mediated and frenetic action of Rogue Game play is brought into a liable relation with a newly appropriated and evolving vocabulary of movement associated with the office.

The language of play, encounter and physicality which belongs to both the game court and the street is employed as a poster, to awaken a gaming instinct within the viewer and player. Support material from COHAB exhibition and further documentation from previous Rogue Game events are presented alongside research which develops the notion of play in relation to ideas of public welfare. Within Rogue Game logic the notion of play and gaming is proposed as a mediating discourse for how we might inhabit the city.