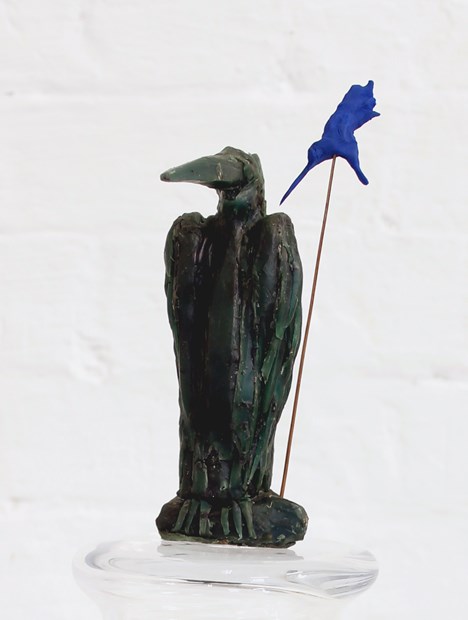 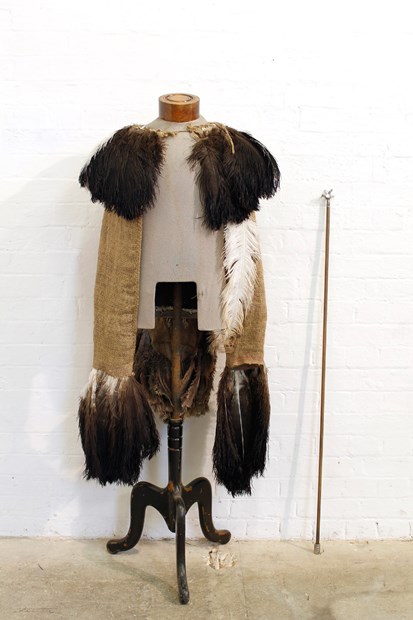 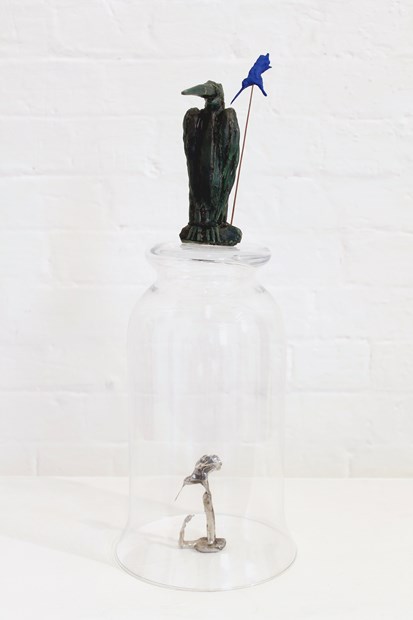 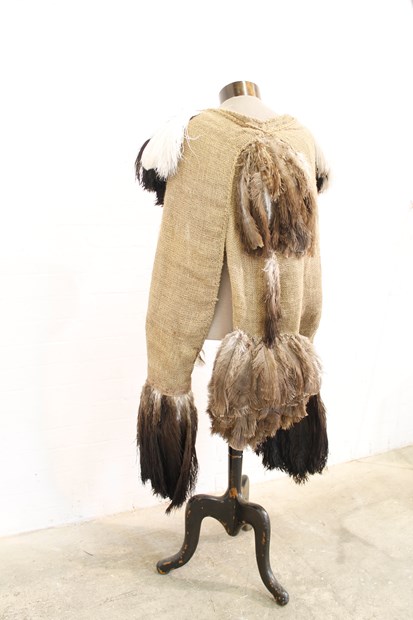 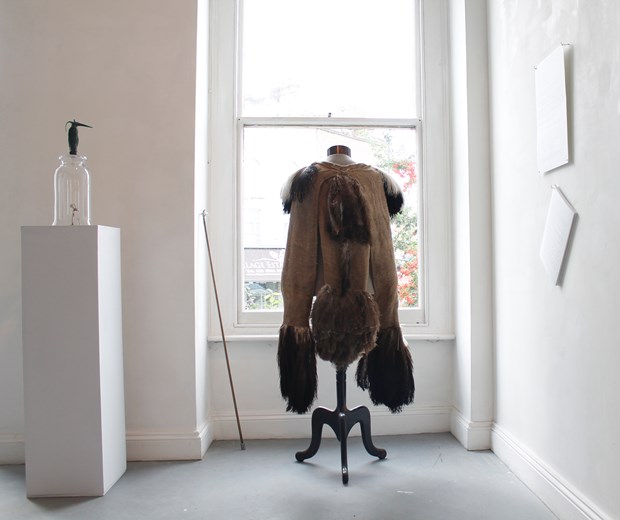 Victoria Rance has pushed the concept of collaboration by travelling from her studio in Deptford to California, in order to meet and work with an alter ego. So while the result is the work of a single artist, its very essence is in collaboration. It is told as a fantasy, a magic fable, with two characters Grey Heron and Humming Bird. Rance’s studio abuts Deptford Creek, where every day she can see the real Grey Heron guarding the water in the twenty first century. His spirit friend, Californian Humming Bird, was alive when Native Americans were coming to grips with the effects of incursions into their territories by the White Man. Humming Bird witnessed the changes in tactics by the tribes from their initial friendly welcome to what they saw as a vast land big enough to share, to later resistance and guerilla warfare as the realisation dawned that the White Man could not be trusted, and that the Natives' reservations were little more than prisons. As Grey Heron faces incursions by developers onto his own territory around the Creek, Humming Bird comes to talk to him to tell him about the brave and wise Chiefs who led the resistance in America. He passes on some of the speeches and successful tactics used by those who survived. Humming Bird whispers in the ear of Grey Heron, and uses other ways to communicate to help save the Creek for future generations of birds like King Fisher, Peregrine Falcon, Swan and the even the spirit of Black Redstart. When the Native Americans realised how desperate their situation was, a movement began with the story of a saviour who would help them, and the Ghost Dance was born as a way of communicating this. It had such a powerful meaning to the Native Americans, that the White Man had it banned. Humming Bird witnessed it and will teach it to Grey Heron. Victoria Rance takes on the mantle of her neighbour Grey Heron and listens through him to the words of Humming Bird.
Iavor Lubomirov One Plus One curator