The Rites of Dionysus 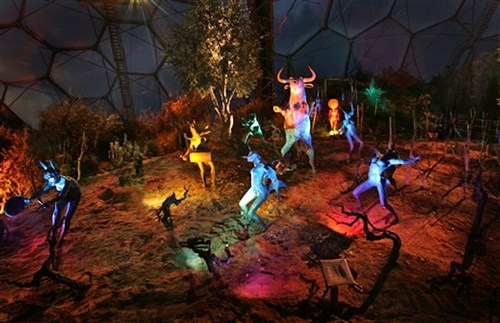 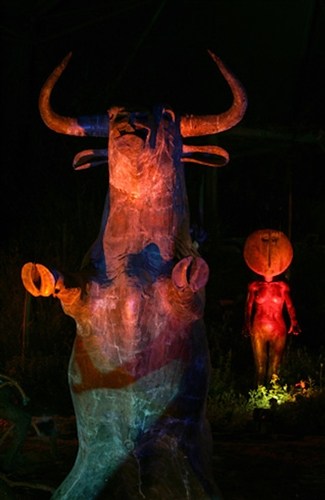 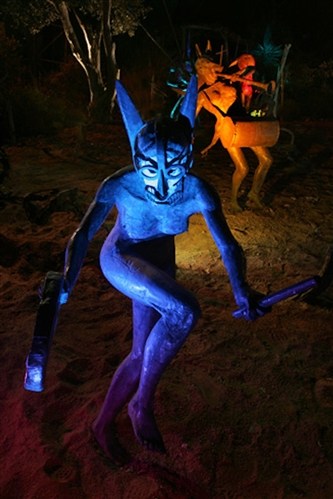 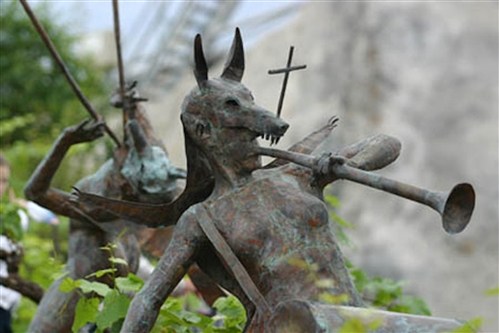 Commissioned by the Eden project, The Rites of Dionysus depicts fourteen life-size copper-beaten figures. Dionysus, the Greek god of the vines presides over the writhing forms of his followers – the Maenads. Interspersed amongst the figures are eighteen copper- beaten vine forms onto which grapevines grow.

The bull figure of Dionysus, a symbol of untamed nature, forms the primary focus of the scene. Around him a sacrificial rite is enacted, the Maenads dance and writhe through the vines, beating drums and sounding trumpets. Inspiration is drawn Euripedes play The Bacchae.

The Dionysian myths are amongst the oldest and most potent stories that link mankind with the vines. Not only do they serve as an insight into ancient civilizations, but they also articulate truths of human nature that resonate with veracity to this day – beneath the veneer of everyday society lie dark and powerful forces of unpredictable magnitude and brutal passion and fragile mortality are present so frequently in situations of war and strife.