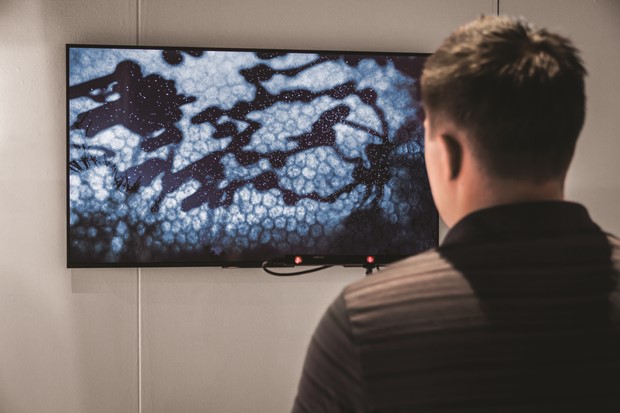 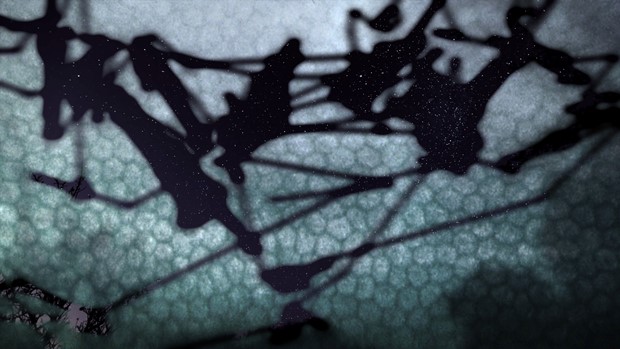 With Lucida III, the audience will first encounter a still image of the endothelium, a single layer of hexagonal cells on the inner surface of the cornea accompanied by an atmospheric soundscape made up of chords. When an audience member sits on the seat in front of the screen, the movement of their gaze across this still image begins to ‘burn’ through this cellular surface, at precisely the area in which their central vision is focused on. Over time, their gaze trajectory and a view of the night sky are simultaneously revealed.

For the remaining audience members watching this screen, they will be able to observe the rapid saccadic movement of someone else’s eyes and a trail of the trajectory of their gaze across the moving image artwork.

Lucida III is part of the Lucida trilogy. Lucida III launched at the Science Gallery Dublin in 2016 and is currently showing at Frost Science Museum, Miami, US. Lucida launched at Tintype, London in 2016.