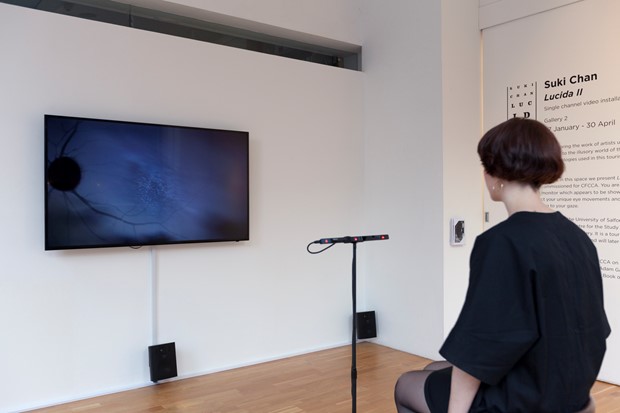 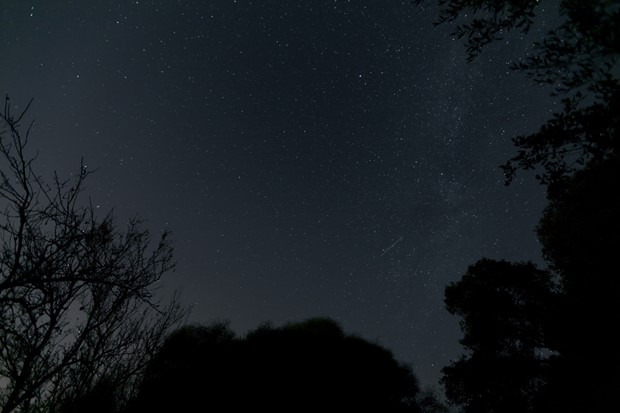 The artwork tracks the viewer’s eyes and only reveals the artwork to that viewer according to their eye movements. It will be possible for two people in the exhibition to be both looking at the same video but see something different.

This work is inspired by Chameleon, a software the US military uses to protect sensitive and classified materials while being displayed on computer screens. The software uses an eye tracker to track the user’s gaze point and shows true content at only that gaze point. The software then replaces all other content with constantly changing plausible but false alternatives. The effects of replacing the false data is extremely disorienting to the eavesdropper while it is almost imperceptible to the actual user.
An atmospheric sound track responding to visitors’ eye movements is composed by Dominik Scherrer, winner of the 2014 Ivor Novello Award. The soundscape features audio interviews with a former patient of Moorfields Eye Hospital, Annie Fennymore who became an artist after losing her sight.

Lucida II is part of the Lucida trilogy. Lucida II was first shown at the Centre for Contemporary Chinese Art (CFCCA), Manchester in January 2017. Lucida launched at Tintype, London in 2016.