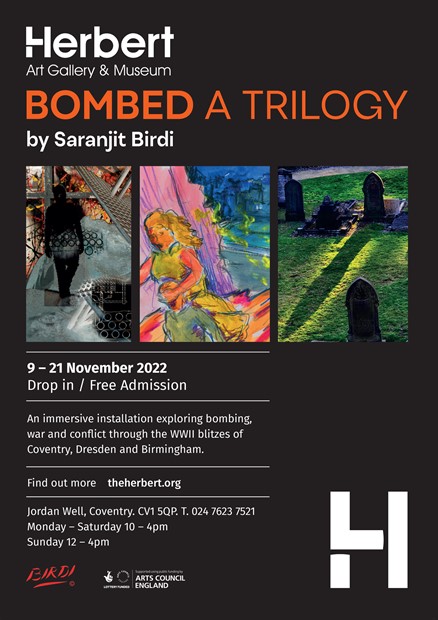 More than 70 years after the end of the Second World War, countries
around the world continue to live under the shadow of bombing, and
the current conflict in Ukraine has reignited old tensions across Europe.

Saranjit Birdi’s ‘Bombed: A Trilogy’ is a combined arts exhibition of new
and retrospective works. Through painting, dance, music and poetry,
Birdi’s work confronts the issues of bombing, war and conflict resolution,
exploring the World War II Blitzes of Coventry, Dresden and Birmingham
and their relationship with current events.

The Trilogy includes 'Bombed - A Moonlight Sonata I and Il' and
‘Bombed - Full Circle', and will premiere at the Herbert Art Gallery &
Museum, Coventry from 9-21 November 2022.