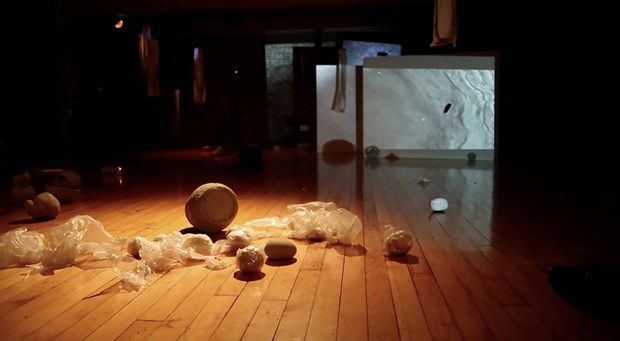 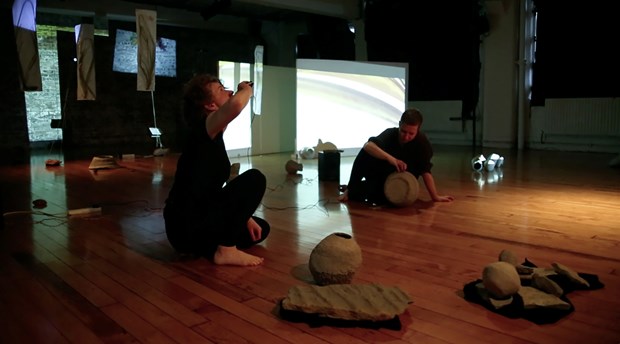 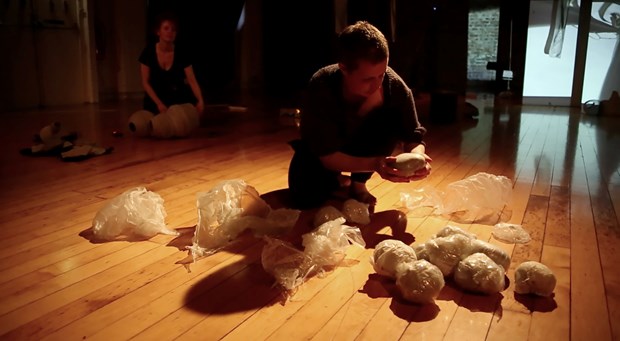 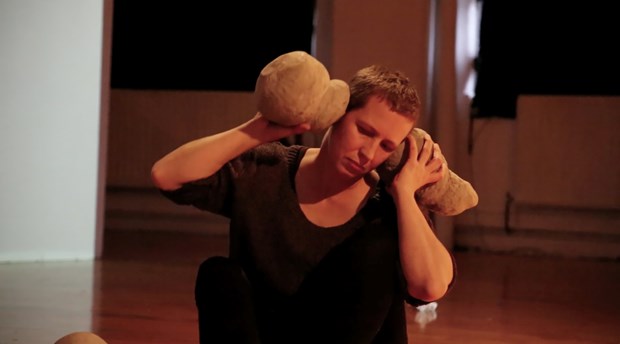 [In the mouth] skltloctcoctlo
Rolling heads unattached
Rubble coursing down a cliff face
scroorolllclooschlolcrolclolkclowl
shaken, the breath gets knocked out of them
hahhhh [breathe out] hiiiiiii [in] hahhhhhahhhhhhh ha [out to empty]

The project begins with a scream. Live feedback from a performers mouth is transferred into the mouth of a hand built vessel. The voice of the vessel fills the space, air pulsing as the performers hands shape the sound. Performers activate rocks, vessels and video projections using live feedback and streaming. Their playfulness suggests an attempt to rediscover/interrogate their relations to the objects and to landscape. The installation is set up as an in-between space, a landscape in transition, which is being fed through the bodies of the performers and emphasised through the soundtrack; a living breathing cacophony of feedback (human and non-human), which changes even in the absence of the performers.