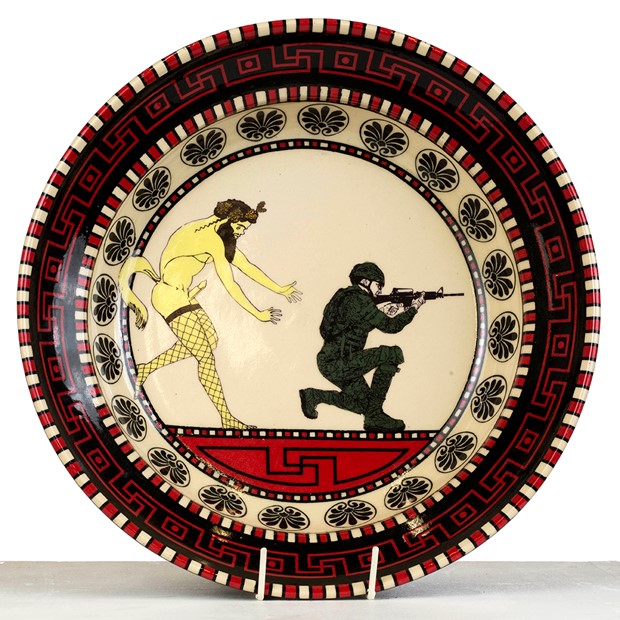 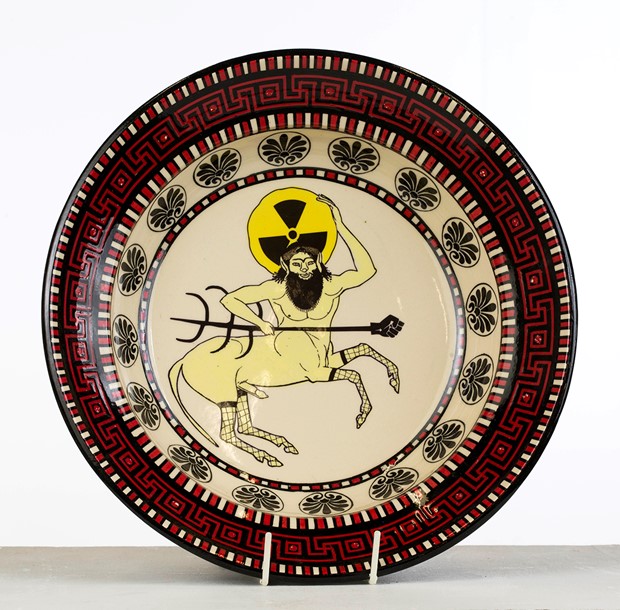 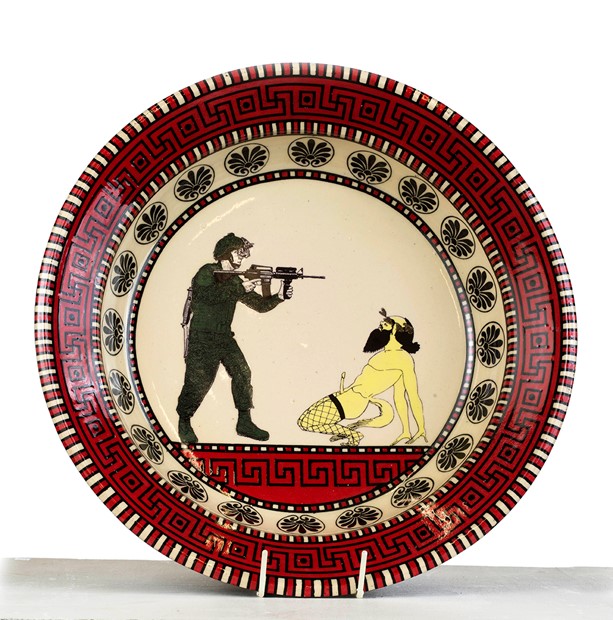 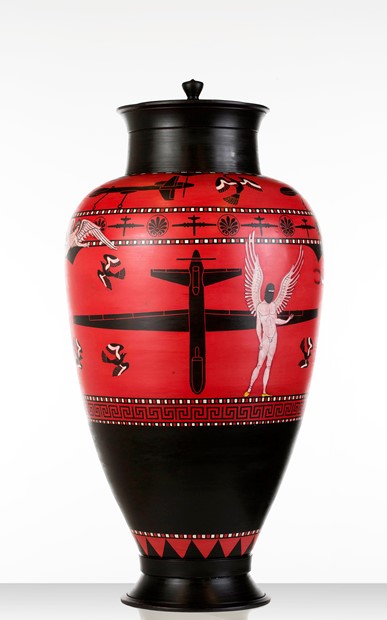 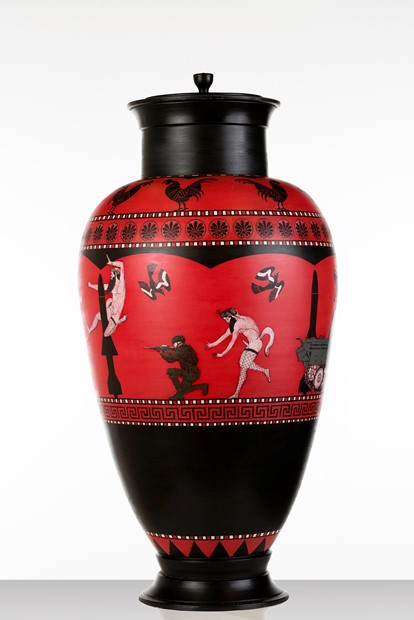 Historically Greek ceramics displayed social narratives relevant to the times. My artistic approach is a direct response to the formula used in ancient Greek pottery both formally and figuratively. Although it is not my intention to exactly replicate these objects of the past, but rather to adopt a similar style in terms of structure, surface pattern and imagery, and narrative. These aesthetic qualities are in turn combined with contemporary narratives highly charged with satirical humour and subversive undertones.

I am continuously fascinated how the art from the past continues to inspire artists now, and with this in mind my ideas are allowed to develop through use of a playful dialog between the contemporary and the classical. In many of my compositions I retain specific symbolic elements of Greek history and mythology, whilst ironically juxtaposing them with references from within our contemporary arena.

I like the notion of drawing parallels between historical narratives and 21st century socio-political situations, and the amusing imagery conceived from this collaboration of the times.

2017 - Summer show: myths and legends, Craft in the Bay, Cardiff