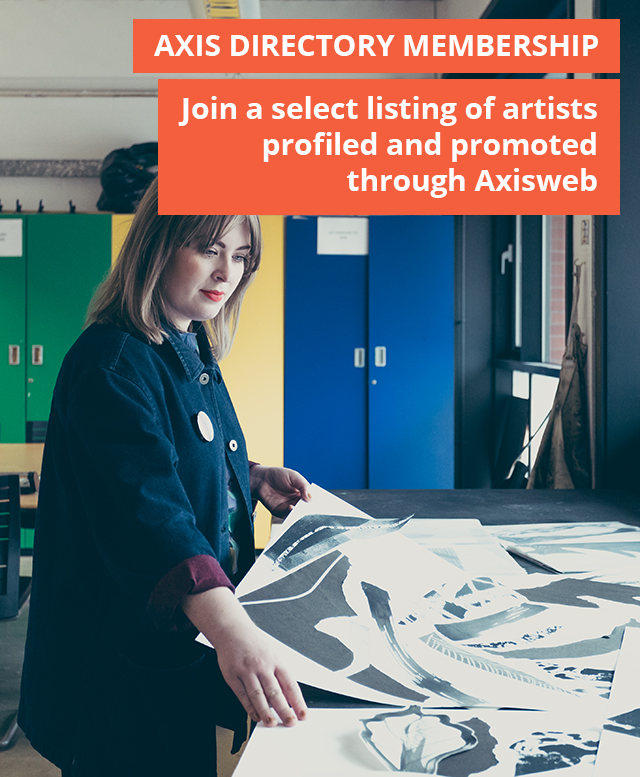 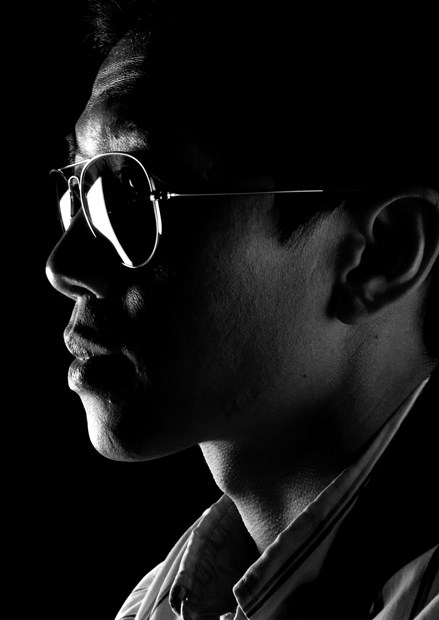 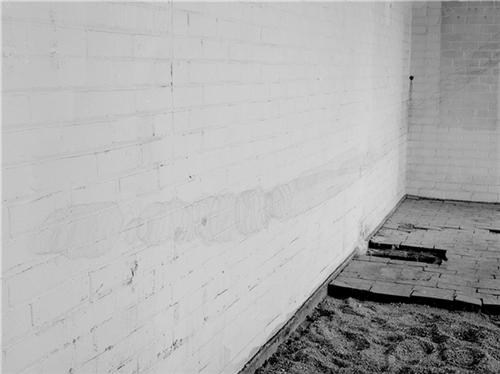 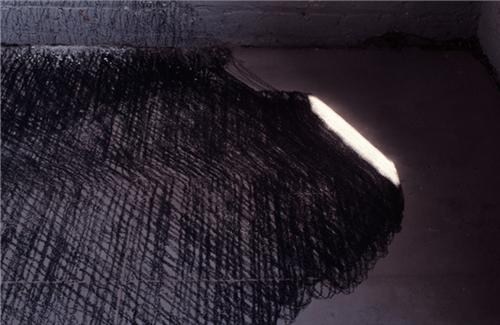 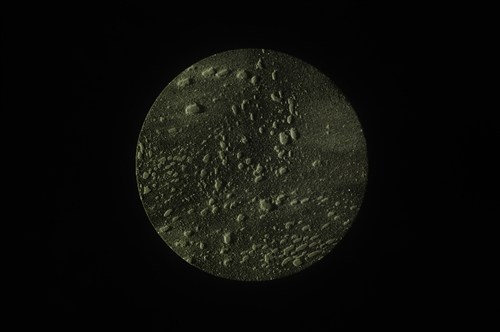 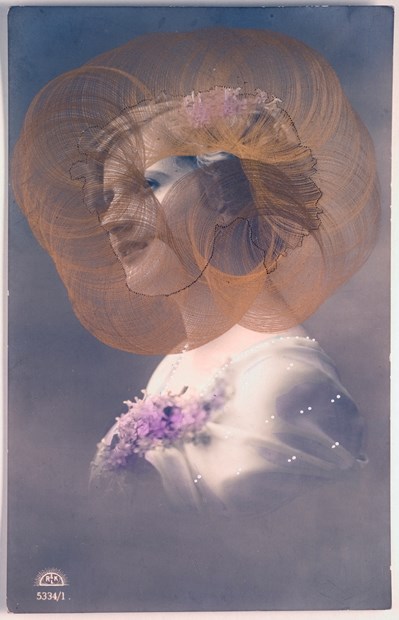 Drawing, process, moving image & human form are the apparatus through which my relations with the natural world are materialised. Biological operations, geological formations, cosmological occurrences, such things are observed & explored as metaphors to articulate an inner world, intimate & private. I consider these mediating practices as transitional states & where my concerns with being, time, fusion & energy inhabit & become tangible.

Drawing is a consistent form, a type of behaviour & through daily practice a devotional act. The line is a recurring motif. Threadlike and often tenuous, it serves as a channel connecting me to natural forces that the act of drawing intends to invoke, a way of feeling a form into being.

2013            Invited Speaker, Symposium, The Insistence of Drawing, University of Northampton

2004            Usher Gallery, Lincoln. Commissioned to produce a drawing installation for the show Marks in Space

2012            Production of drawings of planetary bodies in the solar system for a childrens colouring-in book, Immersive Theatres, Birmingham

2002-03            Acting as a mentor under the Arts Council’s Mentoring Scheme, managed by Arts Training Central, Leicester

1997-98       The Commonwealth Foundation Fellowship Award in the Arts & Crafts. For the purpose of exchanging skills/ideas, travel & exhibiting abroad. Based at the University of Baroda, Gujarat, India. The award culminated in a solo exhibition at the British Council, New Delhi.

'These must be some of the most sensitively skilled drawings around. With them Pak-Keung Wan is certainly an artist long overdue for international artworld acclaim. Yet it is hard to say what these drawings are actually of, never mind what they are about. But this is what makes them so charismatic. These meticulous forms, grown from thousands of creeping and crawling pencil and silverpoint lines, could be microscopic organisms, primal presences from inner or outer space or scientific verities. Their evocative range is that vast, seeming to take in some kind of numinous wholeness'.

'I sense something special here.

Pak-Keung Wan's graphic presences & traceries of ritualised scenarios are so exquisitely realised they tend to elicit a speechless response of bemused fascination. What can one say? It would be so much easier to elucidate at length what this art is not, simply by listing the mainstream surface concerns of the contemporary artworld. Yet, despite Wan's art being resonant with some kind of otherness, despite its almost numinous mystique & its rigorous avoidance of attitudinal theoretical frameworks, it nevertheless deals subtly & intimately with surely a central problem of worldwide culture: the relationship of the wilful forces of individual human creativity with the virtually unfathomable forces of the natural world.

Wan's drawings might be full of seductive suggestions & evocations, yet they come about as a result of processes that couldn't be more meticulously planned & faithfully followed through. As the artist explains, 'each drawing consists of a single line yet evolves from a simple rule: that this line must return to its original point before projecting out again...' What eventually emerge from these intuitively driven yet disciplined rituals are elliptical ambiguities that defy definition in terms of figurative or abstract imagery. Neither are they figurative in being illusionistic portrayals of the observable or imaginable world, nor are they abstract in being purely self-referential aesthetic compositions. In fact Wan has clearly stated that it is never his intention to create images at all. It appears that Wan works on a drawing in order to be surprised, intrigued, even captivated by the outcome of his graphic explorations. So these things are some kind of unforeseen embodiments or realisations of the creative process, more like growths than manufactures, more presentations than representations.

Wan's installations of combined film, photographic, sound & sculptural elements comes across similarly as the traceries of wide-eyed exploration. He breathes random words into specially crafted receptacles which become crucibles of his own liquidised breath. Splashes of such liquidised life are filmed on high speed cameras & projected within the gallery's converted water tower. Something is going on here that is utterly vital, one might even say original, to use a term that has long since been discredited in art circles by clumsy misuse. There's a shedding of the mundane facades of prosaic & utilitarian communications to reveal something else below & beyond, something so convincingly life affirming that it needs to be, by its nature, ultimately indefinable in terms of the vocabularies of such communications. This is not really minimalist work. Whilst its focus might be said to be on the most delicate of microscopic impulses, its range of amazement can also be said to be as expansive as the far reaches of telescopic vision. It is for sure a measure of Wan's creative integrity, sensitivity & skill that work of such far ranging creative ambition is always characterised by a highly individualistic charm. Despite, or maybe precisely because of, Pak-Keung Wan's self-effacing devotions, this is charismatic art like no other art around.'

'In addition to the drawings selected for 'Marks in Space' there is also the work being undertaken by the artist in residence, Pak Keung Wan, which allows anyone visiting the Usher Gallery to see work and meaning enfolded in present time. You can see that there is actually a time frame and practicality to the production of drawing and that it can be quite physical as well as elusive.

Drawing doesn't necessarily happen quickly or become a framed work. Sol le Witt's wall drawings have been conceptually realised on a large scale and mostly installed by others via instruction for years, while Michael Craig Martin makes large scale linear and colour works of everyday objects through galleries and interiors in the continuum of a time based fresco. The hand marks and splashes of river Avon mud by Richard Long embody the temporal and made in-situ qualities that can coexist with drawing as can some of the work of Andy Goldsworthy.

Artists like Wolfgang Laib and Marina Abramovic have also informed Pak Keung about his practice and he has talked of the way that he is inclined to work through relinquishing the self and being informed by the dynamics and rhythms where a 'living time' in the space of the work is experienced. In the sun and mountain drawings there is a manifested vestige of memory and of being affected by the sun or mountain as he worked. The image of the artist on a platform straddling two ladders which is like the signature to the work at the Usher Gallery emphasises the presence of a cosmology. One of the spaces of the work (another being the streets of Lincoln) could be the space between the platform and the ground, where the sifting of the material is activated and settles to inform.

In the case of the work where Robert Rauschenberg erases a Willem de Kooning drawing, neither may be the maker of the work and in a durational sense it belongs to no-one. Pak Keung's concern for erasure is from within while at the same time the importance of instigating and taking part in the work is vital. The artist's interest in a kind of alchemy and Buddha nature in action is where disappearance and presence configure, where the drawing is made, and where it enacts its own surrounding and enveloping of the bigger picture that is made possible.'

Text taken from the 'Marks in Space' catalogue, which accompanied the drawing show at the Usher Gallery, 2004. Written by Alain Ayers. With reference to my work Aeolian (towards a cosmology).

'Pak-Keung Wan's Inhaled Rooms & The Vocal Life of Jars is an exhibition for all those who assume that conceptualism & minimalism are necessarily devoid of sensuous form. The artist makes art that is an immaculate embodiment of the concentrated process of the making of the art, & the effect is an elliptical enchantment. Breathed air is sealed in glass jars, which are delicately sand-blasted & installed in simple cubicles where a recording of the sound of the artist's finger running around the rims is played. All in all it offers an experience of primal wonderment.'

A review of the solo show at Angel Row Gallery, Nottingham. The Guardian Guide, Saturday June 16, 2001