My work highlights the unconscious filters that shape perception: the invisible yet powerful filters of associations, affects and memories, which are structured by social life and history as much as by the life of the soul. 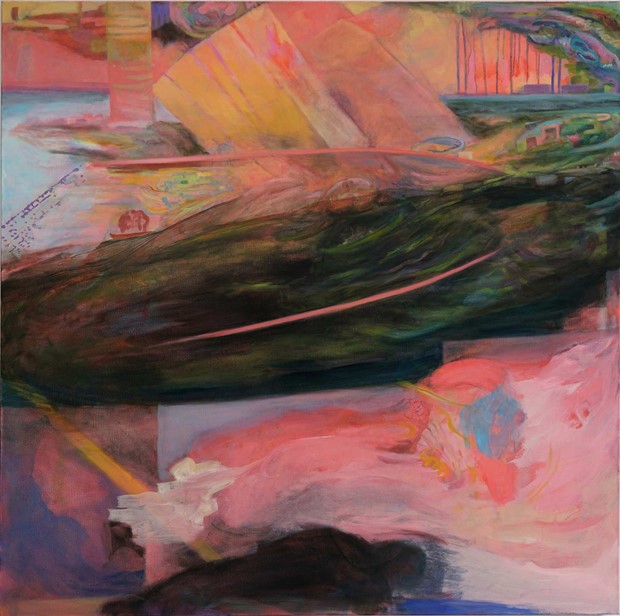 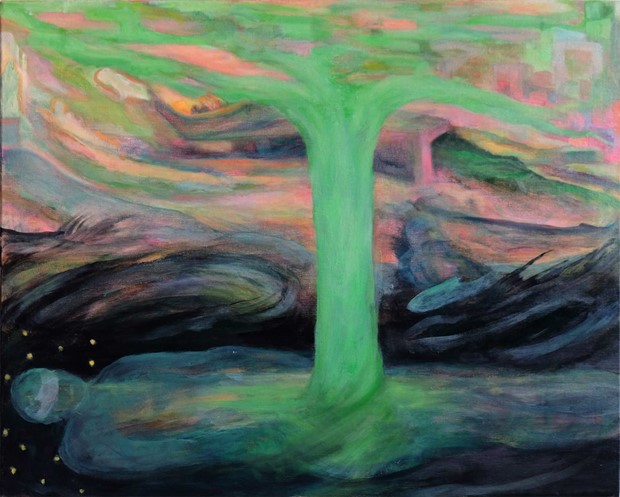 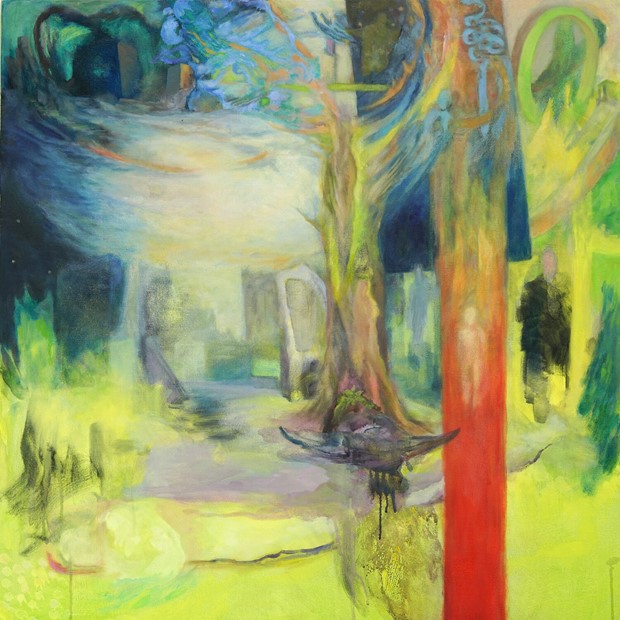 My work highlights the unconscious filters that shape perception: the invisible yet powerful filters of associations, affects and memories, which are structured by social life and history as much as by the life of the soul.

My painting practice translates these liminal layers, legible or illegible, into the medium and materiality of paint. I seek to make them tangible and relatable on the contained painting surface. Each is a unique condensation of this process.

I paint ambiguous ‘inscapes’, which are inhabited by enigmatic scenarios revealing mark making and figures in landscapes or more abstract colour fields.

I find parallels to my approach in Renaissance illuminations in alchemical manuscripts, and I quote them indirectly in my work.  This symbolic alchemical imagery addresses journeys of transformation, identities and evolution of consciousness. However, my interest here is to find new painterly ways to speak about these subjects, without referring literally to the ancient imagery.

Furthermore, a dialogue with Baroque, mythological and contemporary paintings, which address the subject of identity, allows me to be part of an ongoing living tradition. I am developing ways of rendering visible the elusive evolutions of identity.

The emotional dynamics of colour and how to contain and give form to what seems to evade representation are central to the work.

Marius von Brasch works from and lives in Rookley, Isle of Wight, UK

2012       Completed practice-based PhD Fine Art at Winchester School of Art (University of Southampton) on ‘Distance, however near it may be’: Revisiting ‘Aura’ on the Axis between Painting and Digital Technology within a Deleuzian Framework of  ‘Becoming’

1987/88    Guest Student at Staedelschule Frankfurt am Main in the classes of Prof. Johannes  Schreiter and Prof. Thomas Bayrle

2012       Distance however near it may be, The Winchester Gallery, Winchester

2010        Out & About, Aspex Gallery Portsmouth, film screening in conjunction with the exhibition The Great Outdoors, Portsmouth

2009        Becoming/, Link Gallery at the University of Winchester, Winchester

2013        Affective Constructions – Fragmented Images on the Axis between Painting and the Digital  in: Harland, B. (ed.) Behind the Eyes/Making Pictures. Research Group for Artists Publications

2021        Painting and the Sublime - Landscape and mythology in paintings by Nicholas Poussin, The Fintry Trust

2020       Orpheus and Roses - Late poems of Rainer Maria Rilke in the paintings of Cy Twombly, The Fintry Trust

2000-2008 Experiential Painting and The Art Within: one-day, weekend and 3-part workshop as well as monthly workhops throughout with same group at self-founded Studio for Creative Communication in Southsea, Hampshire

1994-2000 Various workshops and one-to-one work on ways of accessing and enhancing creativity via drawing, painting and Gestaltterapy

2000-2007 Founded Studio for Creative Communication in Southsea, Hampshire for art- and psychotherapy related practice and own workshop modules (Experiential Painting  and The Art Within) with a studio for own art practice and exhibitions