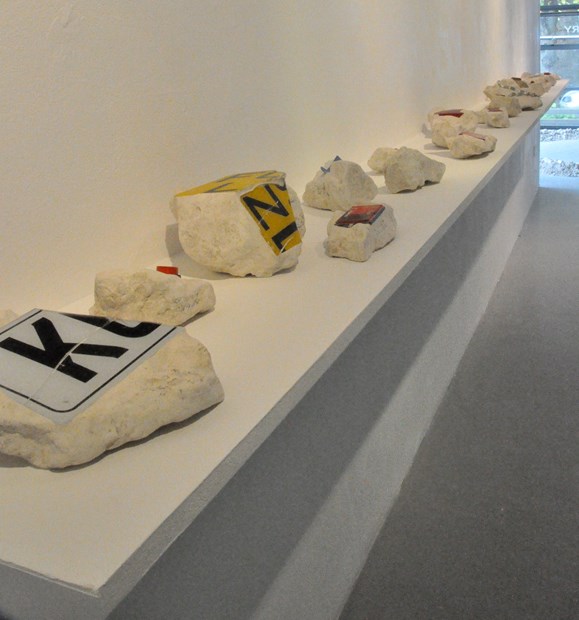 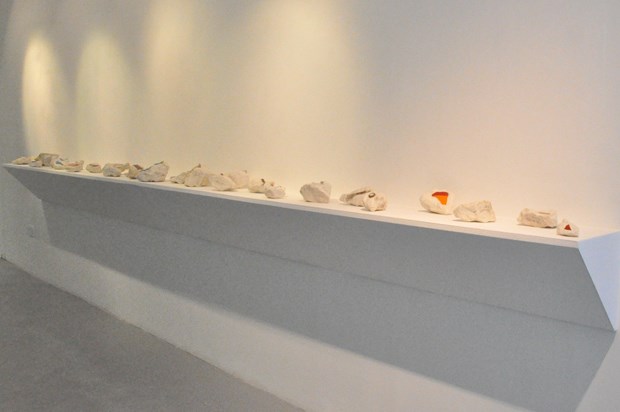 This work is about the track I walk on almost daily. The objects I find discarded there have often already been pressed into the bedrock. I collect and re-embed them in lumps of scavenged chalk. My growing collection of embedded objects creates a record of the recent use of the Byway as an area of recreation. I have inscribed the GPS coordinates of where the object was found into each piece and have arranged them in a line corresponding to the order in which they were found along the track. The audience is invited to access video footage and maps of the walk to accompany the piece. The piece was shown as part of 10days Chalk at the Winchester Gallery in 2015.