Tools for Sorrow (To Breathe Through The Bones of The Dead) 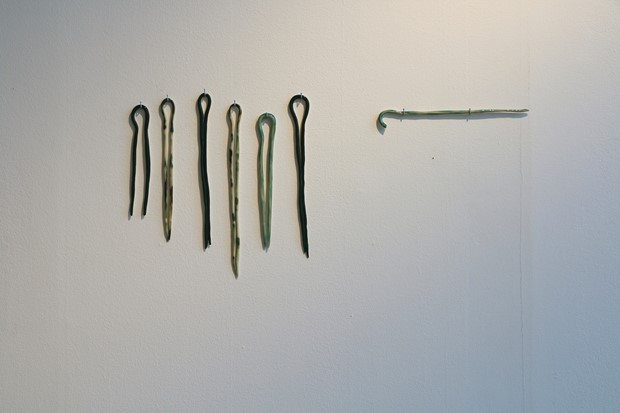 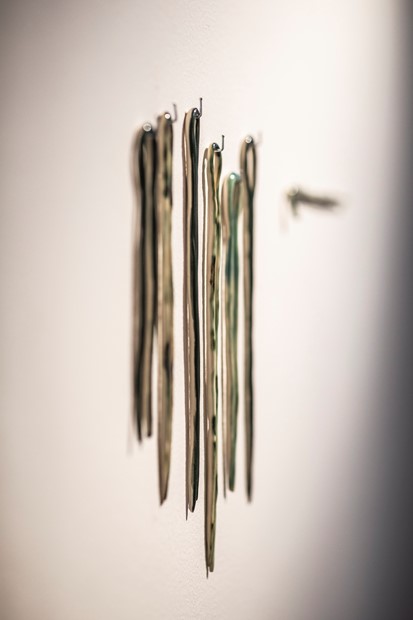 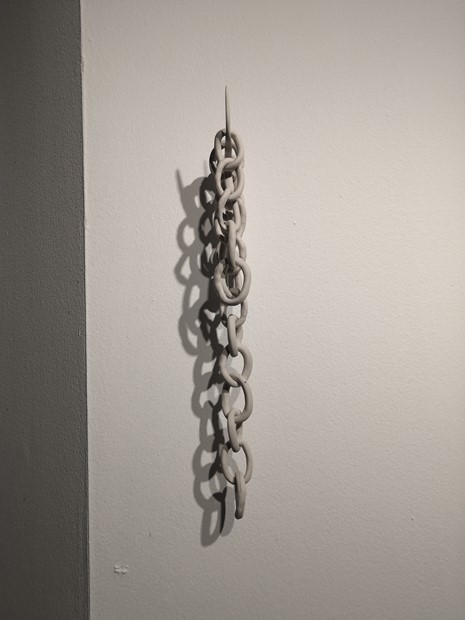 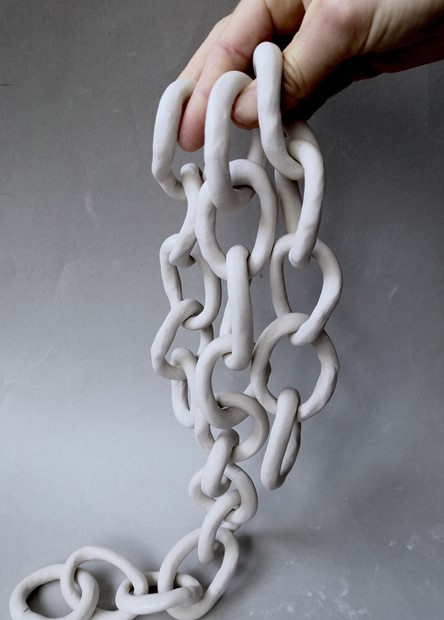 These ceramic implementations of tools used to torture the female body in the witch-hunts are made as details that at first sight looking beautiful and of recognition. Obviously made in a fragile material they can't be used.
They were made to sit in conjunction with glass and ceramic objects to create a stillness based on historical facts in the exhibition To Breathe Through The Bones of The Dead, as a homage and recognition of the first women in South of Sweden accused, tortured and killed as witches. I wanted to make an exhibition about fragility of life, and also to give recognition by naming the women who died on ridiculous terms (this happened about 70 years before the big witch hunts in Sweden and were therefore put on trial, so I found 14 women accused, 12 killed and as part of the exhibition they were named).
Fact: when a woman could be 'recognised' to be a witch by her executioner they would be allowed to torture the women before any beheading, burning or drowning them (Sweden, Småland 1550).
I have also made objects in porcelain that look like recognisable tools and objects, but here specifically refer to the degrading of these women's bodies.
Chain- was used for the so called water test. Chained up, the naked the women where hosted down into a lake. If they float they prove to be a witch and were sent to the fire. Unless 'helped' noone floated. Most sunk, and drowned.
Another thing was shaving off their hair and pubes. It was thought power were in the growth of hair. But being shaved was a visual account of being accused, and so kept fear and violence alive. I've made ceramic mouth / throats which releases long lengths of hair.