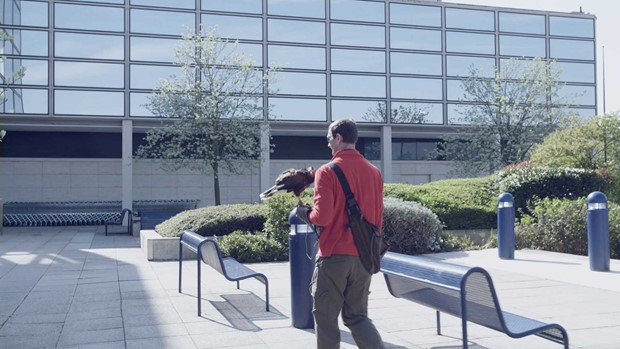 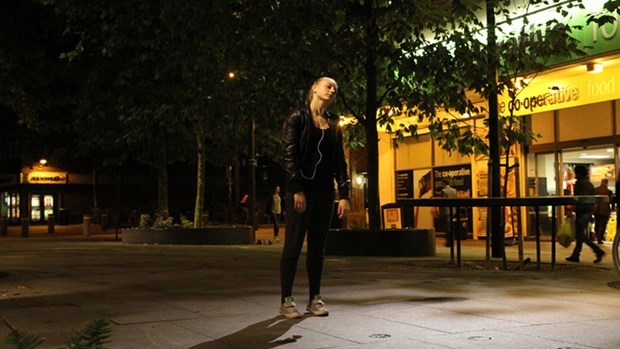 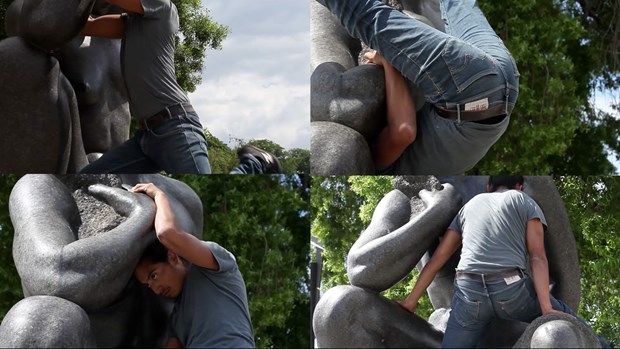 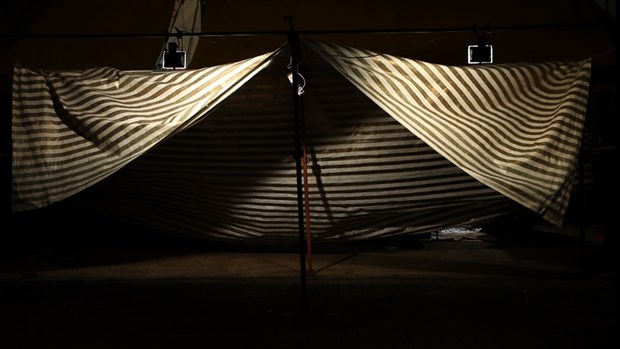 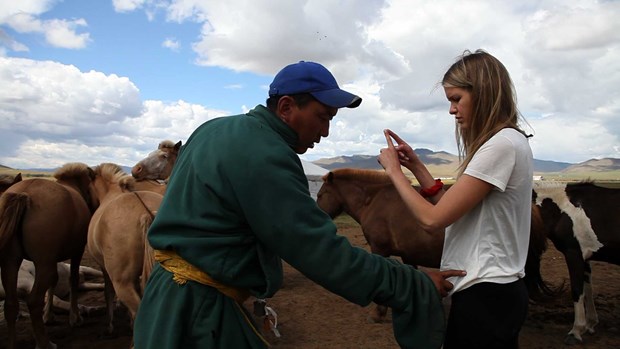 My work begins with an attempt to have encounters with places and their inhabitants. I often engage people to perform playful actions that are abstractions of their everyday situation, re-appropriations or misuses of the space in which they take place. Works are documented in memory, installations of video, drawings and objects. Although much of my work is an exploration of urban public space I am increasingly interested in the complex relationship between humans, nature and other animals in an increasingly homogenized ecosystem. Works can be diverse in scale and orchestration—ranging from, creating a whistled code with a group of young men in the London financial district, documenting Mongolian nomads terminology for horse colors through western paint colors, filming a business woman climb over a public sculpture and to reenacting an ancient fox hunt in central London with a tribe of women—all are attempts to interrogates to how public spaces can be inhabited and transformed, working with ordinary people to subtly or poetically reclaim them.

Much of my work is informed from my rural upbringing. A recurring theme in my work is exploring the human-animal and attempting to inhabit a less anthropocentric outlook. My most recent work has returned to the theme of hunting and our conflicting relationship to other bodies, I am interested in what lies in its performativity as well as mankind’s constant attempt to colonize and yet separate itself from nature.

Silence of the Valkyries | Internet Project for PRAKSIS Oslo, Norway

Works in Video | Space in Between Gallery | London, UK

Head of Fine Art Media The Slade School of Art.

Curator of Public Programmes at Tate Britain / Modern, And PhD student with Tate and Birkbeck in partnership with