Darlo to 'Boro is our Grand Tour 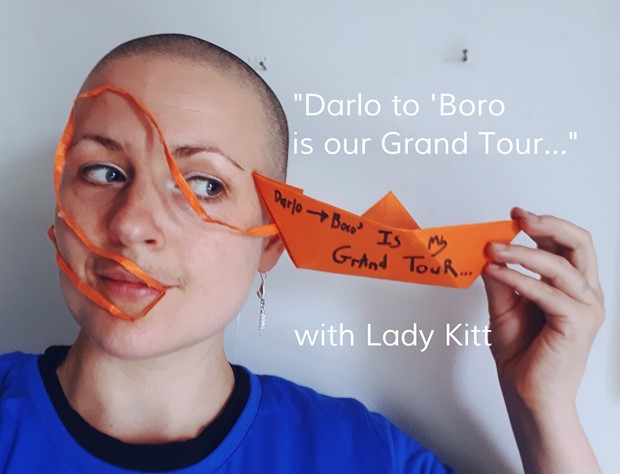 As a starting point we used:
1. The title / theme / provocation “Darlo to 'Boro is our Grand Tour” - exploring the idea that cultural life and heritage in the North East can be just as [if not more!] exciting, rich and diverse as the 18th century “Grand Tour”. Within this, considering the complexity of the inherited privileges of our cultural/ social spaces [museum collections, art, architecture, libraries], many of which were paid for by profits from slavery, colonialism and pits /mills with very poor regard for human safety or dignity.

2. The floor in the Crown Street Gallery

3. A massive pile of paper