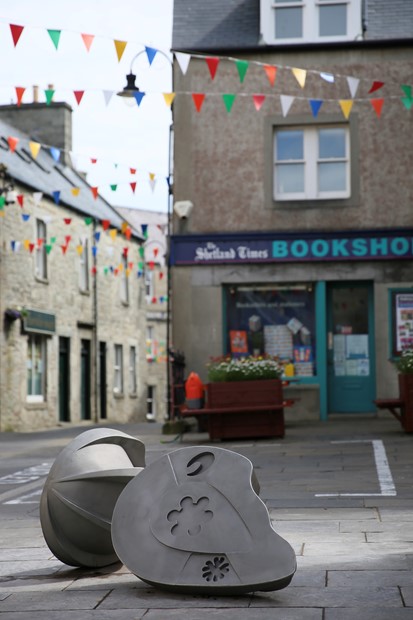 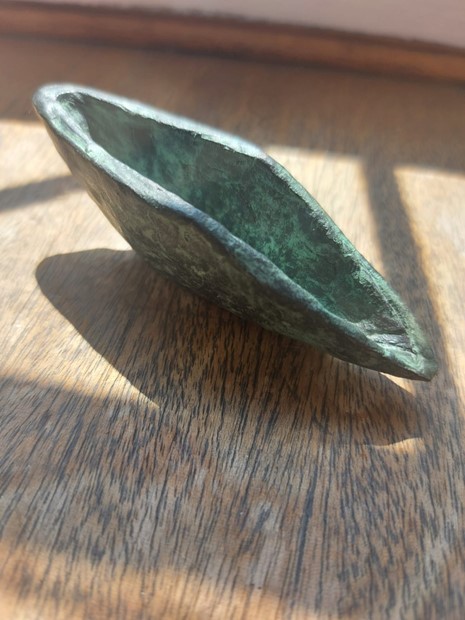 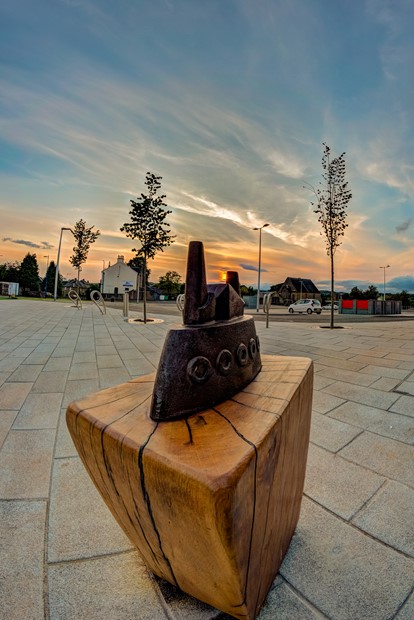 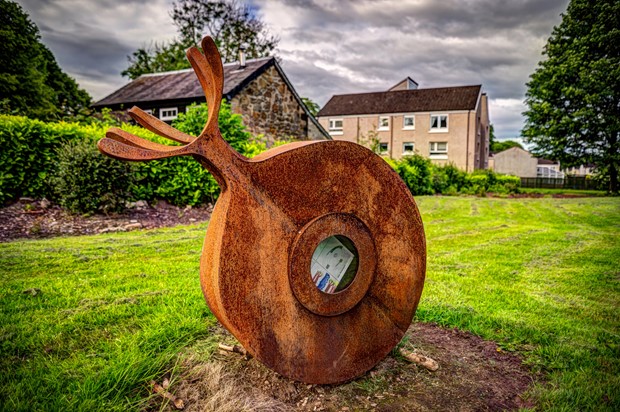 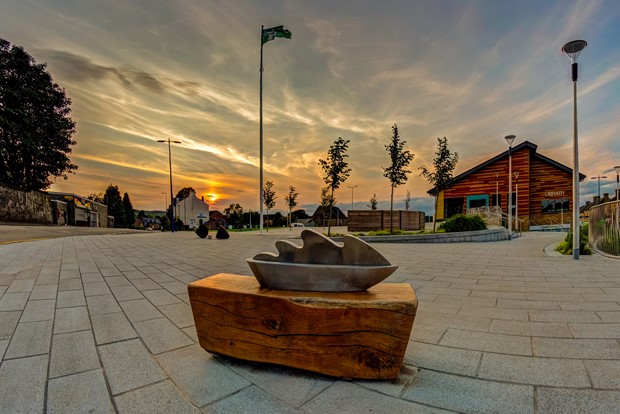 Joseph Ingleby's work concerns a combination of two sources - the natural and the mechanistic. Not as two opposing natures, but as a combined, evolved new form - a metamorphosis of inner natures - reflected in shape and content. Joe usually works with metals such as sheet steel, galvanised steel or copper to create abstracted and semi-abstracted volumetric structures. 'Socket' is made from rolled sheet steel with an inner 'core' or softer copper sheet. The outer form is both nautical and seed-like, the inner a more architectural 'yoke', creating a negative socket shape. It explores ideas of metamorphosis, positive and negative, artificial and natural. 'A Taste of Honey', based on a spoon, is made of steel mesh with sheet copper in the spoon end. Evoking ideas of taste, the fragile mesh structure suggests insect wings; the spoon end with its moir of copper stripes, images of a honey bee.

Many sources influence Joe Ingleby, from natural forms of organic shape and growth as well as man-made forms from the industrial world. Movement, growth, evolution and change in shapes are inspirational catalysts in creating his work. In nature, Joe is particularly inspired by the internal and external forms found in seed pods, cell and plant structures. Machinery and aerodynamic aspects such as in the forms and components of aircraft and car design also interest him.

Joseph Ingleby began with an art foundation course at Hull College of Higher education, followed by a BA (Hons) degree (1st class) in sculpture at West Surrey College (now Surrey institute of ) Art and Design, Farnham. He subsequently attended a post-graduate Higher Diploma in London at the Slade School of Fine Art. His search for a more permanent, affordable, well-equipped studio/workshop led him to join Glasgow Sculpture Studios in 1989. Since then Joe has exhibited in London, Glasgow and Edinburgh and has public sculpture sited in Swindon, Stirling and Aldershot. In 1996 he won a major artist's award from the Pollock-Krasner Foundation, New York. Commissions include public sculptures in Alloa, Clackmannanshire; Dalfaber, Aviemore; by the Clyde at Dalmarnock Bridge, Rutherglen, Glasgow and at the Bulwell Riverside, Nottingham. In 2013 he was awarded an Individual Support Grant from the Gottlieb Foundation, New York. His work is in both public and private collections. In 2018 he completed the Denny Treasure Trail, a series of small works commissioned as part of the major regeneration of the town centre of Denny, near Falkirk, Scotland and in 2021 a commission in Lerwick, Shetland as one part of the LOCUS Public Art Trail.