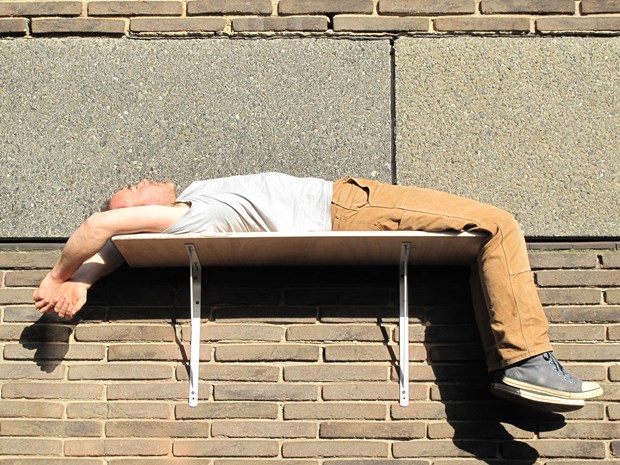 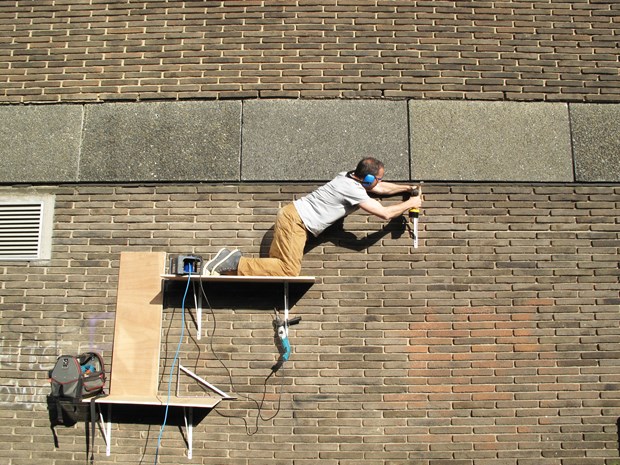 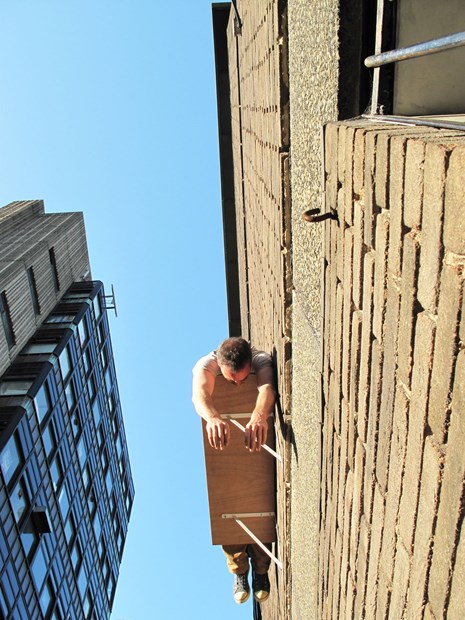 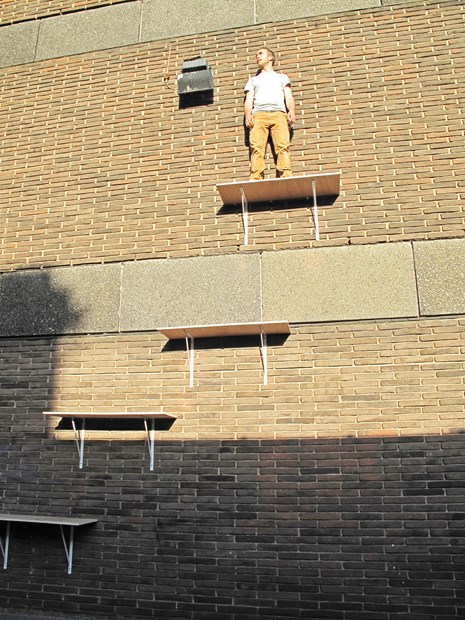 ‘How to put up a shelf (IV)’ comprises a series of shelves erected on the external wall of a building belonging to Glasgow School of Art. Each shelf functioned as a platform upon which I stood or knelt while erecting the next shelf. All necessary materials and tools were carried with me and stored on the shelves – once I left the ground I did not return until the last shelf was in place. In this way I became nomadic, self-sufficient, and increasingly vulnerable as I ascended the sequence of shelves, ending up exhausted, with no more materials, far from the ground.

The ‘How to put up a shelf’ series – background

Before I became an artist, I was an handyman. When people used to discover this about me, over half would ask the same question:

– So do you put up shelves and that sort of thing?
– Yes…

In order to discover why that question arose so frequently, I devised an experiment to investigate in detail how I put up a shelf.

I videoed myself putting up a shelf in my studio, and then reviewed the footage, recording all the decisions, no matter how small, that I could see myself making. Taking a decision to comprise a question and an answer (Q. Do I want that? + A. Yes. = D. I want that), I wrote what I believed were the questions I was asking during the process, e.g. ‘Is it level?’, ‘Is the drill set to the correct speed?’.

The resultant list of 553 questions became the first part of my open-ended preoccupation with shelves.