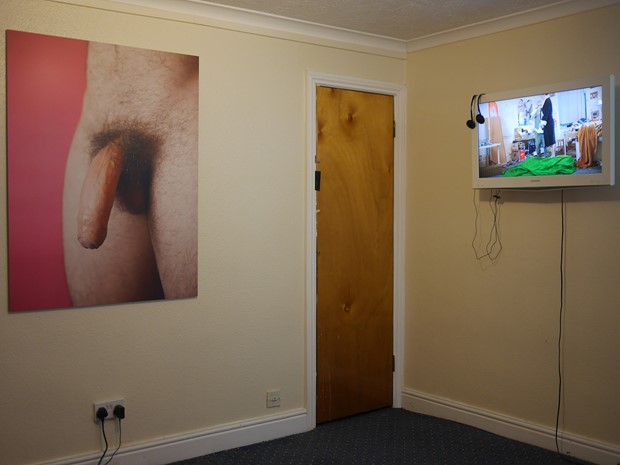 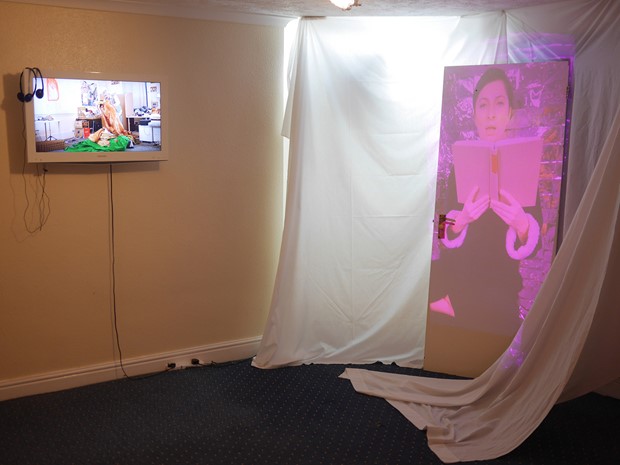 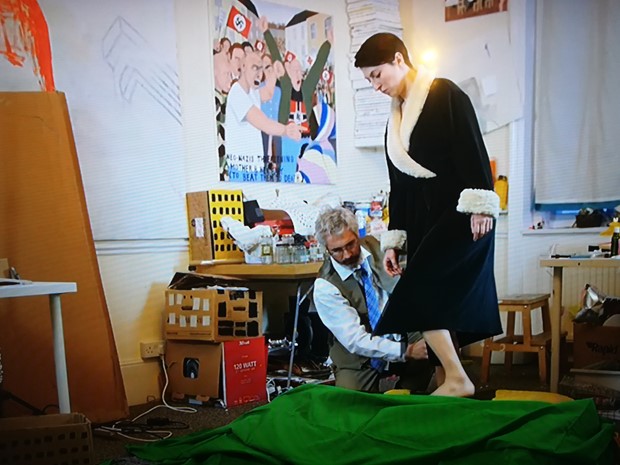 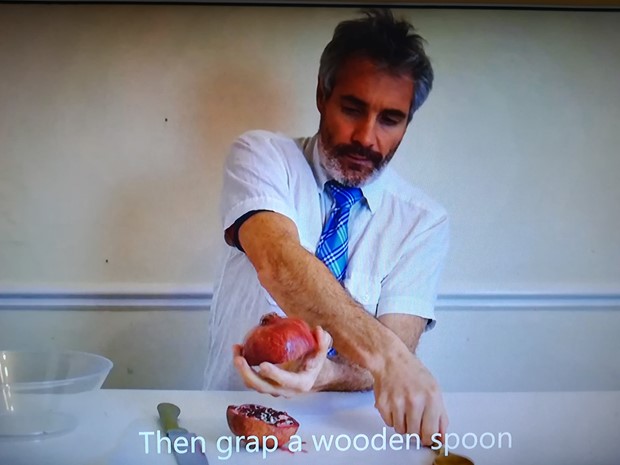 
The inspiration comes from Hans/Jean Arp's sculpture 'Demeter' that he crated in response to the threat of nuclear war. Demeter who is mourning her daughter represents Arp's own Weltschmerz (world pain or world-weariness).

The installation consists of four elements:

Video 1: Chiara Williams, one of the two curators of 'At the Violet Hour', is singing lines of popular but very stupid hit songs. The video which refers to the downfall of culture.

Video 2: shows the artist creating Demeter inspired by Evelyn de Morgan's painting 'Demeter mourning for Persephone'. The sculpture represents the obedient woman who allows the man to shape/command her.

Video 3: is a how-to-deseed-a-pomegranate video of the sort one finds on Youtube. This video refers to Persephone who was forced to stay in the underworld because she ate a few pomegranate seeds. -- Then 'grap' a wooden spoon.

Dick pic: refers not only to Hades who abducted and raped Persephone but also to the male & overall sexist theme of T. S. Eliot's poem 'The Waste Land'. However, the most important function of the dick pic is the fact that it attracts more attention than any of the other parts of the installation, i.e. it is a lazy and somewhat cheap way to get attention which represents the downfall of culture as well as the general lack of interest in art.