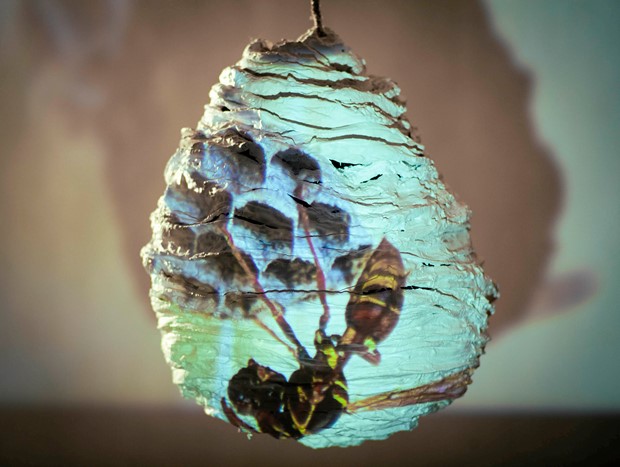 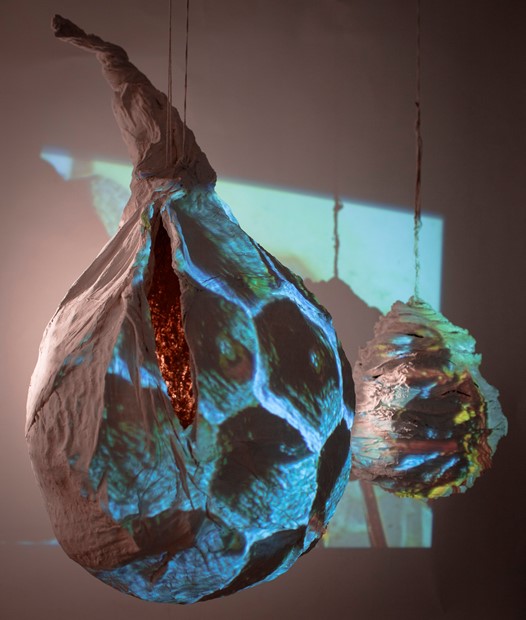 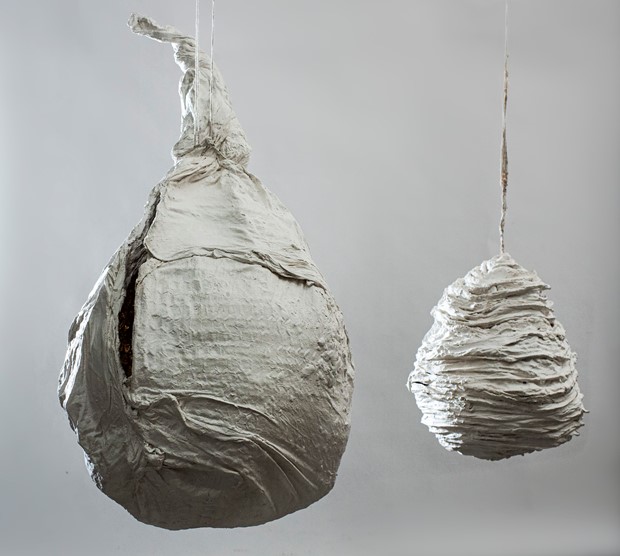 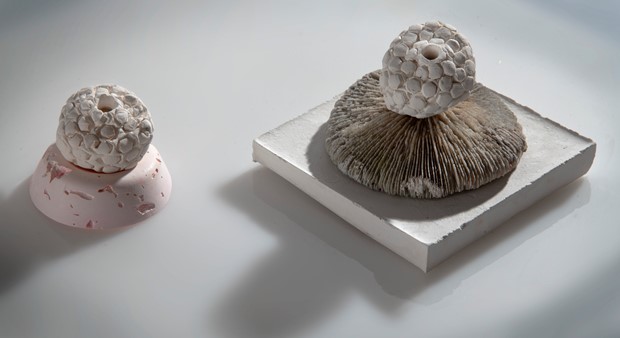 Around 2,000 years ago, Chinese servant and eunuch of the imperial court Cai Lun noticed that wasps build nests by chewing wood. Inspired by this, he made the first paper. A ‘founding queen’ begins a nest with a ‘nursery’ of hexagonal cells for her larvae. First to hatch are daughter workers, the sterile females that forage, enlarge the nest, and care for their sisters. Unfairly maligned, even feared, wasps make industrious parents and are important pollinators, and can recognize the faces of their companions.
The installation responds to the all female environment with two hanging nests, the larger piece womb like in its shape and the smaller nest a layered construction similar to that made by paper wasps. Projected onto the papery plaster surfaces is a film of a founding queen nest-building.
Two small companion pieces are based on a 1927 photograph of a Potter wasp nest in Egypt taken by the artist’s entomologist great-great uncle.
Vespiaries' materials: muslin fabric, paper, chicken wire, plaster, projected film.
Potter Wasp nests' materials: plaster, clay & found object.
Credits: original wasp film by Paul Hodge Productions. Video edits @martinurmson