My work both as a visual artist and a 'curator' (quotation marks because I don't like the word, and see this element of my practice more as collaboration than curation) explores and questions our relationship to our environment, touching on how the political, social, economic and the cultural impact on our lives. Motivated by the belief that art is essential, and can be actively transformative, my practice as an artist/collaborator has developed through the initiating of acts of negotiation and re-imagination. The work is site and people responsive, focusing on dialogue, engagement and legacy, with an emphasis on working with groups and individuals who may have been excluded, don’t have an art background, or both. 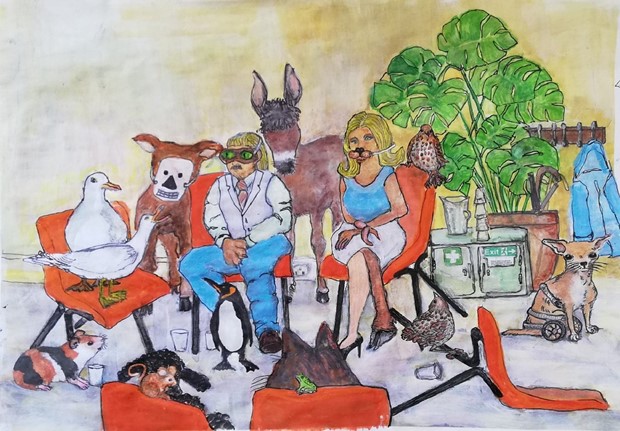 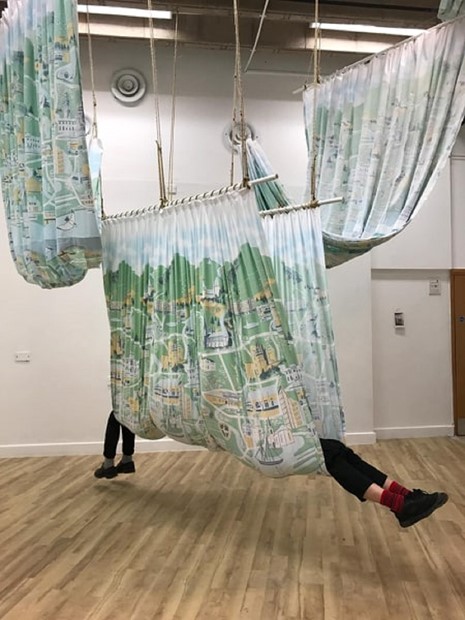 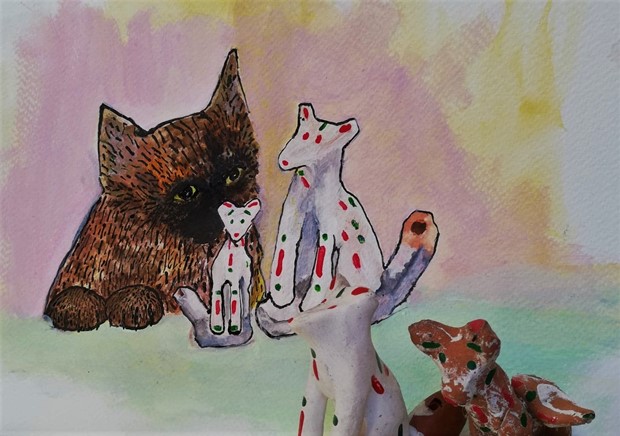 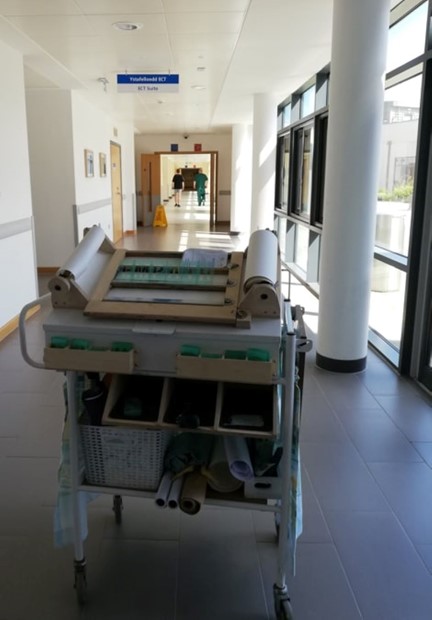 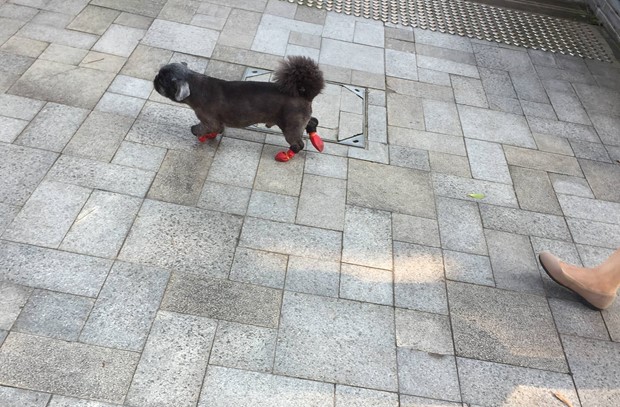 My work both as a visual artist and a 'curator' (quotation marks because I don't like the word, and see this element of my practice more as collaboration than curation) explores and questions our relationship to our environment, touching on how the political, social, economic and the cultural impact on our lives. Motivated by the belief that art is essential, and can be actively transformative, my practice as an artist/collaborator has developed through the initiating of acts of negotiation and re-imagination. The work is site and people responsive, focusing on dialogue, engagement and legacy, with an emphasis on working with groups and individuals who may have been excluded, don’t have an art background, or both.

In 2018 I set up the Basket Exchange which led to the Brief History of Healing project, developed as a direct result of my experiences as an inpatient and a long term outpatient in mental healtcare settings. Funded by ACW, BHoH began as a hospital based mobile/bedside art making facility, and has since developed into a 'housecall' initiative, working with MH service users in their home, and making art with them.

The Tu Fewn commission which I undertook from 2015-2016 with g39 in Cardiff was the first time that I have worked as a curator specifically in the context of disability and the arts. Using the concept of ‘adaptive resilience’ (the capacity for organisations to retain their integrity, maintain standards of excellence and remain productive within their core ethos whilst adapting in response to changing circumstances for both artist and audience), the project focused on a number of key areas - empathy, interpretation, access, diversity and the relationship between the mainstream and the margins; specifically addressing the space that exists between the mainstream contemporary art world and the Disability Arts Movement. Through dialogue and practical engagement with the space, the project attempted to unpick accepted institutional approaches to the arts, from the point that the visitor is first made aware of the exhibition to the point at which the artwork is encountered.This led to a further debate within the gallery and the wider art community about how best to deliver interpretive material which did not further alienate new visitors, and has resulted in one of my current preoccupations as an artist and a curator : to attempt to dispense with impenetrable handouts and presumptuous,pretentious artspeak. As a long term mental health service user, much of my own artwork references my experiences of manic depression and the way this is treated both within the NHS, and also in a societal/responsive context. I am a co founder/project manager of the hyper local Cardiff based organisation madeinroath, an artist led organisation which, for ten years ran a festival through the use of overlooked, abandoned, domestic and community spaces and which now operates out of an empty shop and a disused laundry space. we run residencies, workshops a community darkroom and a number of other community based projects in Cardiff and beyond.

a community artist led organisation based in the East of Cardiff. We run festivals, artist residencies and a small library from our empty shop space, a community newspaper, a studio group and community darkroom. Also currently running a pop up artist led gift shop at Wales Millenium Centre.

A user led virtual art group, initally funded through ACW/madeinroath involving working with mental health service users via the LINKS community mental health team, co delivering one to one and group sessions with individuals experiencing mental distress who are signposted to me by the Occupational Therapy team at the LINKS. The forming of a physical group and and exhibition was planned for 2020 but had to be postponed due to the pandemic, sessions now take place via Zoom and also outside when possible.

Set up in early 2020, WGB is a youth-led initiative which seeks to address the lack of representation in Wales of Black People and non Black People of Colour, specifically within the education system and the curriculum, but also in within a wider cultural framework. The project has recently been awarded a heritage grant and is now planning  a series of podcasts and an exhibition in partnership with the People's Collection of Wales and Glamorgan Archives.

A Brief History of Healing

Set up by myself and funded by ACW, CAVUHB and ArcadeCampfa, BHoH began
at the adult mental health unit at Llandough Hospital  where I have intermittentlyu been an inpatient, using a repurposed medication trolley as a mobile art station, patients, staff and visitors were invited to make prints, weave baskets, write alternative prescriptions and discuss notions of care. Exhibitions of resulting work made with inpatients- including hammocks made with 'retired' NHS curtains, baskets woven from found materials in the hospital grounds, alternative presciptions from the BHoH dispensary and text printed from the meds trolley -  took place at ArcadeCampfa in central Cardiff & the Hearth Gallery in Llandough Hospital in late 2019

The Basket Exchange : I have been working with the archive salvaged from (the  now decommissioned) Whitchurch Psychiatric Hospital (formerly Cardiff Asylum), researching the practice of basket weaving and the demise of occupational therapy within the context of mental health care through a project which I set up for a course I ran for the antiuniversity, Underground Basket Weaving for Beginners. More information at The Basket Exchange.

Consultant artist for Sussex Records Office, working for the Wellcome Trust’s Vawrdrey Archive Project, a large collection of newly discovered paintings by psychiatric inpatients at Graylingwell Hospital made between 1950 – 1980. The project aims to collate an accessible archive of the work for use in the research of Art Therapy and current/past thinking in mental health care. The archive is currently not available to the public and is still confidential due to the sensitive nature of the work, but is working in partnership with the Adamson Collection, the only other archive of work of this kind in the UK.

deep place #2 : a collaboration with Peter Finch, David Greenslade and Helen Clifford, the deep place project is a site and people responsive ongoing artwork, which brings together elements of performance, film, social engagement and traditional craft. deep place #1 took place last year in Pontypool and began with a collaboration between myself, Helen Clifford and the Kickplate Project who had commissioned us for an exhibition at 76m2, their gallery space in Pontypool. Currently focusing on the ancient Llandennis well site in North Cardiff as a site of healing, the project explores a community’s relationship with it’s locale, placing customs and practices of the past within a contemporary context, and attempting to address the cultural and spiritual appropriation of shared community sites, particularly those which have, through civic and corporate development, been lost and forgotten.

Part time, freelance artist employed to deliver the Fusion project for Cardiff City Council. Fusion is a Welsh Government initiative which aims to address ‘cultural poverty’ and to promote a sense of mental, physical and emotional wellbeing in participants through cultural and creative engagement. Using Welsh cultural heritage (in particular St Fagans National History Museum of Wales) as a platform to initiate a programme of dialogue and to learn new skills and revisit past/forgotten practices, particularly within the context of hand making. To promote cross cultural/generational interaction, and to address the issue of societal exclusion and loneliness experienced by vulnerable groups and individuals, particularly when due to economic barriers to access and engagement in the arts. The role involves seeking out and connecting with vulnerable groups and developing and delivering a programme of age/ability appropriate arts related activities and workshops. Participants include CardiffMIND, the Welsh Refugee Council, the YMCA hostel for homeless people,  the Dementia Cafe, Tremorfa Breakfast Club for young people and the Goldies charity for people over 65. The project culminated in a number of small exhibitions in community venues including libraries and community centres.

yn cynnwys ni, does that include us?

The culmination of a year-long period of curatorial mentoring offered by g39, as part of the Tu Fewn project supported by DASH and Disablity Arts Cymru, yn cynnwys ni was a two part exhibition led and curated by myself. The first half was a series of artist/user led workshops and talks around themes of  access, inclusion, empathy and diversity within the arts and the wider community. Using the g39 space itself as a starting point, we responded to feedback by building a bar/social space, a fully accessible toilet, a ‘garden’ in the car park and a wheelchair accessible large scale stage in the centre of the space. This became a kind of  visual arts version of Speakers Corner, providing a physical platform for artists to explore themes of access, empathy, labels, margins/mainstream and the under representation of minoritesd groups in both audiences and programming in the visual arts in Wales.

Set up in October 2009, Milkwood was an artist run gallery and community venue in Roath in Cardiff. Milkwood started as a small scale locally focused project, and was a cultural asset to the Cardiff art community, as well as providing a multi faceted community resource which responded to the immediate environment. As Milkwood grew in both reach and ambition through the public recognition of its visual arts programme, it was awarded a project grant from ACW for a new venture and Milkwood’s mobile outreach project Milkfloat began in 2013. Curated and administrated by myself, Milkfloat allowed me to continue bringing artists and new audiences together – both on and off site -  through a thought provoking and critically engaged programme of exhibitions. Between 2009  - 2013, Milkwood was the unofficial ‘HQ’ for madeinroath and became a popular and thriving meeting place for the Cardiff art community, hosting exhibitions (curated and installed mainly by myself) from unknown, emerging and established artists resident in Wales and further afield. The venue was also home to the Basement Project which ran alongside the main exhibition programme, and provided artists from across Wales and the UK with a valuable platform to experiment and develop their practice. The Basement Project also hosted artists from Italy, France, Holland and Ireland and was unfunded. Milkwood became CardiffMADE in 2013.

commissions, residencies, collaborative projects since 1995 include :

More information on current and past projects available at :