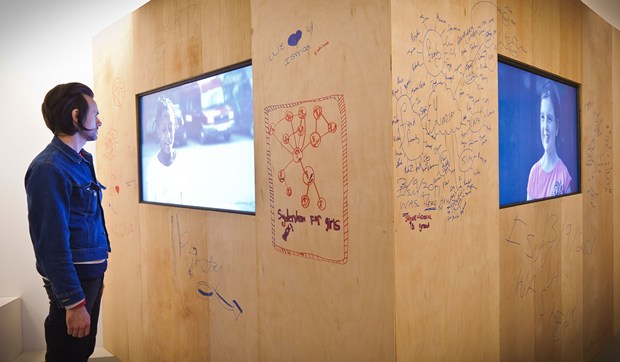 Network, by Sonia Boyce explores how forms of social communication such as mobile phones and social networking sites like Facebook have become the most popular ways for young people to maintain their relationships with friends and family.
The artist worked with Southwark Council?s Visual And Performing Arts (VAPA) Young Women?s Group to chart the nature of these relationships and the languages that have formed around these technologies. The exhibition will comprise a series of films, choreographed in the gallery space as an installation: a set of dialogues featuring the young people in front of as well as behind the camera.
Shot in cinematic high definition, the Network film follows the journeys of four young women from their homes to their weekly VAPA group meeting through the different street systems of South East London. Once there, the young women explain their networks and friendship groups, previously mapped out in collaboration with oral historian Verusca Calabria. The conversations happen face to face and on mobile phones, but the identity of their partner is not revealed: all four young women are involved in the same discussion, bypassing the boundaries of the concurrent discussions.