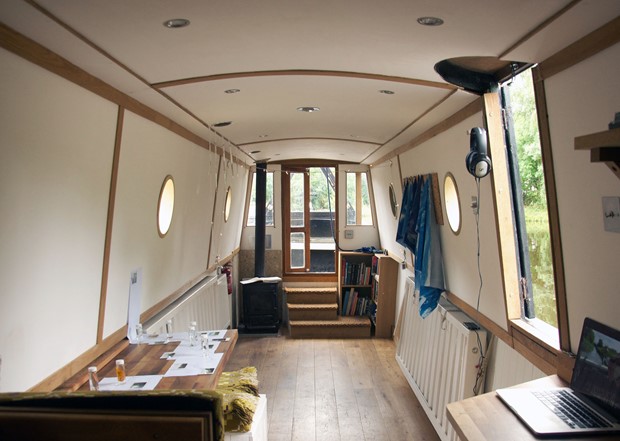 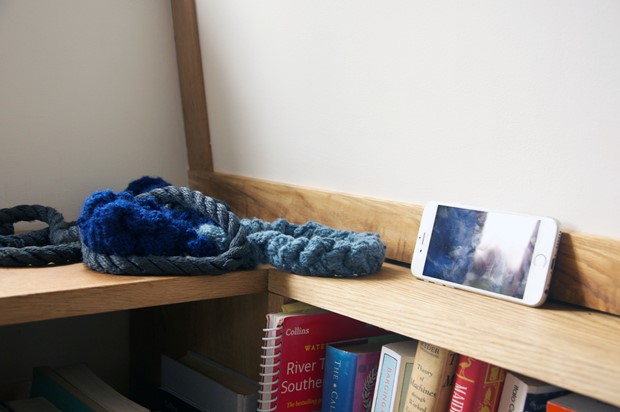 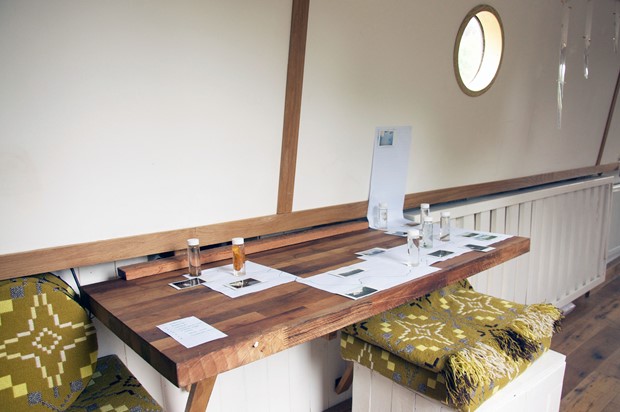 Credit: Water samples for washing cyanotypes, collected each day of the residency, part of Border Bound 2018

In the Summer of 2018 I was selected as the North West 'Border Bound' artist in residence, a studio boat residency travelling from Chester to Llangollen with Studio Boat founders and artists Ellie Young and Amber Mottram.

Bringing only a handful of materials and cyanotype on board, we were able to spend the week together experimenting with found flora and boat paraphernalia to create new collaborative imagery.

As the week developed I also became more and more interested in the casting on and casting off of the ropes over bollards and found connections between this action and my own (amature!) knitting practice, picking up my knitting needs to create a third boat rope as we travelled along the canal.

I also became drawn to the relationships of women by the canal, including ourselves, and captured audio bites with the women of the canal as we travelled from Chester to North Wales. The residency resulted in an 'Open Boat' event at Llangollen Tea rooms, which saw over 40 people on board and we were happy to be part of the bustling atmosphere by the tea rooms and horse stables in this beautiful part of the country