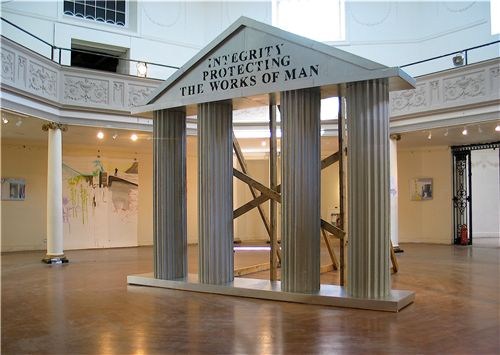 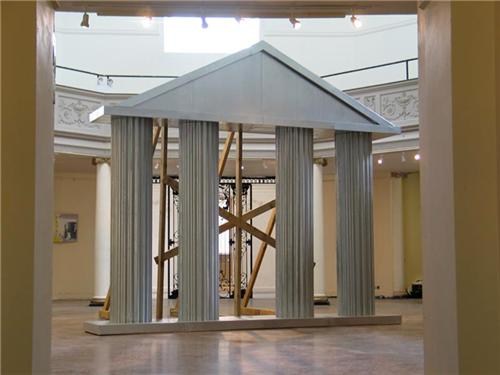 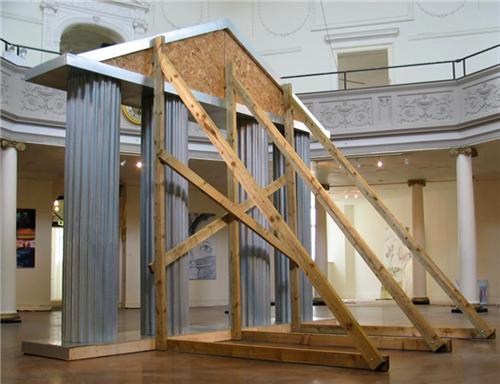 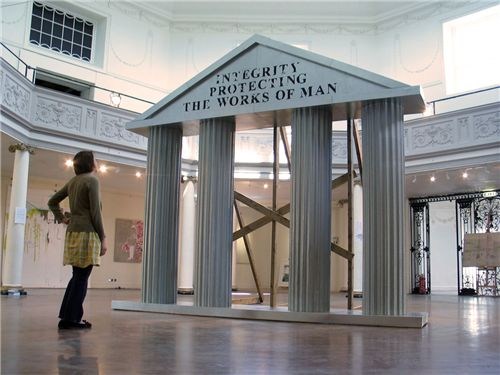 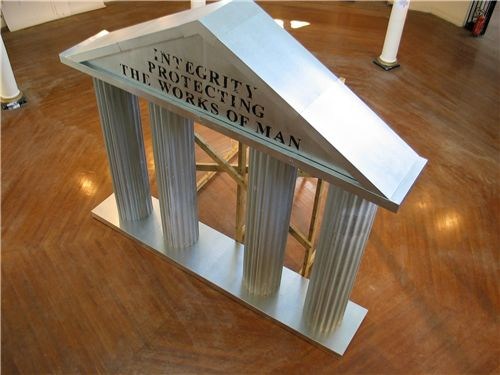 This work looks at how the Greco-Roman façade has, since the days of the Renaissance, been appropriated by governments, financial institutions and individuals to signify the solidity, veracity and established values of those respective institutions.
These columns and pediments had already acquired the status of monuments to past civilisations as they lay in ruins around Mediterranean Europe and North Africa. Architects such as Palladio saw their significance and grafted them on to otherwise four-square buildings, turning them into palaces of grandeur and power and in doing so, gave what we take as the 'Establishment' a sense of history and stability.
Have we been misled by this? Should we consider the other meaning of the word 'façade' where the intention is to deceive? Are these institutions without substance their continued existence shored up by rudimentary works from behind that are couched in terms such as 'Quantitive Easing' and 'Fiscal Stimulus'.