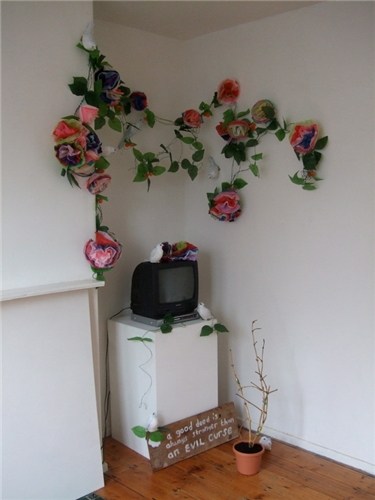 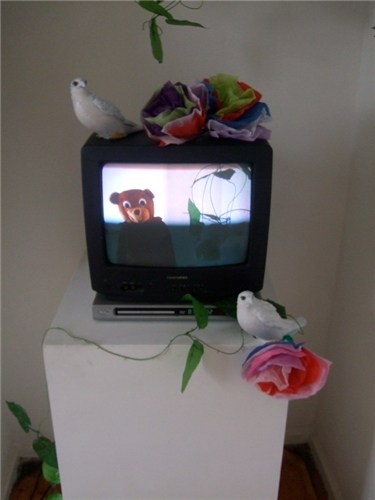 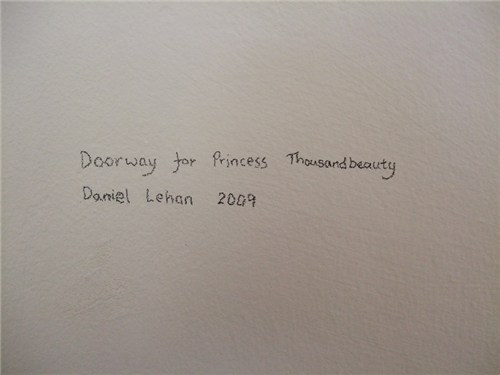 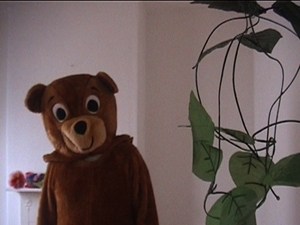 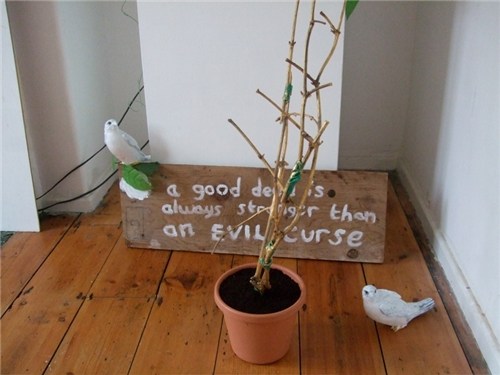 Doorway For Thousand Beauty - a video work and installation, formed part of The Wild As Will And Mediation, a show with Suzanne Moxhay and Nicholas Symes at Wiebke Morgan.
The gallery press release states:
Daniel Lehan's installation transposes the romantic notion of the artist struggling to realise his vision into a bathetic, yet perversely difficult, attempt to bring a fantasy of a blooming wilderness (taken from the 1960s children's TV serial 'the Singing Ringing Tree') into the objective world. A video shows Lehan 'as' a bear (the bear in the TV serial was itself a prince transformed into a bear, and was always obviously a man in a bear costume) making flowers, doves and a magical tree, the material components of the piece on display. The audience is left negotiating between three realities: the objects in the gallery, the original fiction they're tied to, and the new narrative (whose relationship to truth and fiction is unclear) through which they've been salvaged.