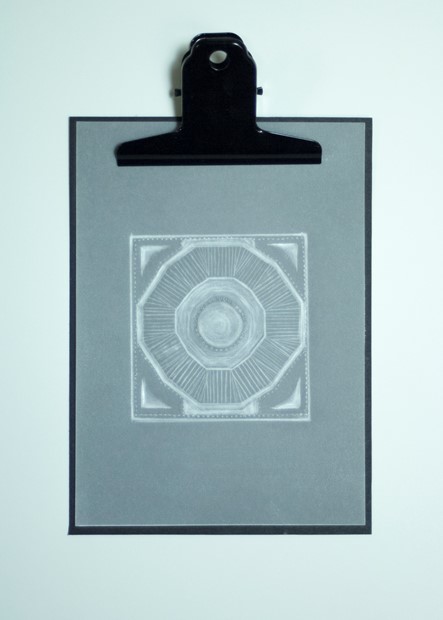 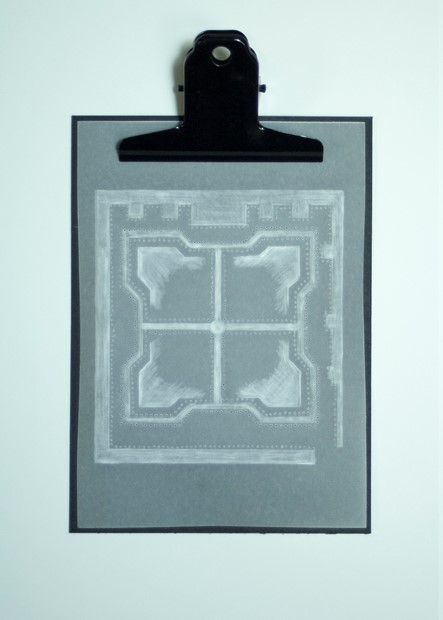 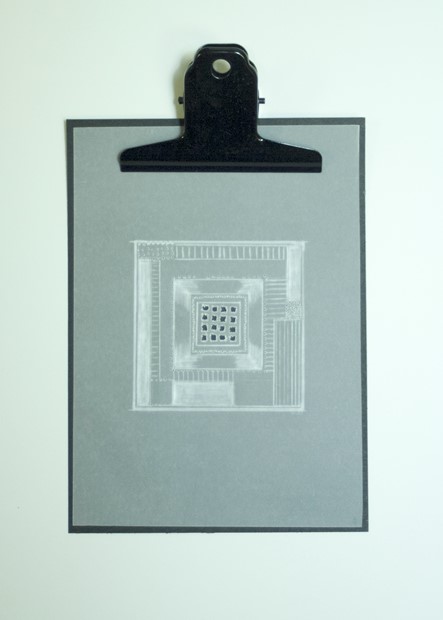 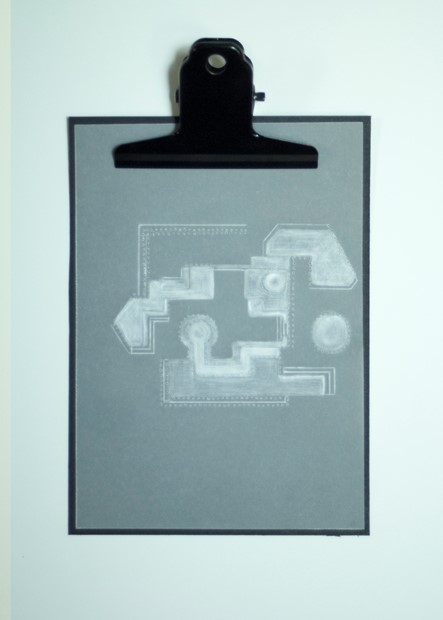 I’m often drawn towards spaces where people move around, so on exploring Norton Priory, the remains of the Cloister space became a natural point of intrigue for me. Enclosed spaces like a

Cloister channel people’s movement into certain patterns, which is an ongoing theme in my work. On further research I discovered that the Cloisters at Norton Priory were used by the Canons as a place to study and write, and that artefacts including a Parchment Pricker had been discovered here.

In the weeks preceding the production of this work, I participated in a short artist residency in Stuttgart, a time where I too am able to study, write, make art and to have some time to focus on my own learning. During this time, I explored the city of Stuttgart and identified other locations that reflect the purpose and architectural formation of the Cloisters at Norton Priory – modern spaces for learning, study, congregation and reflection.