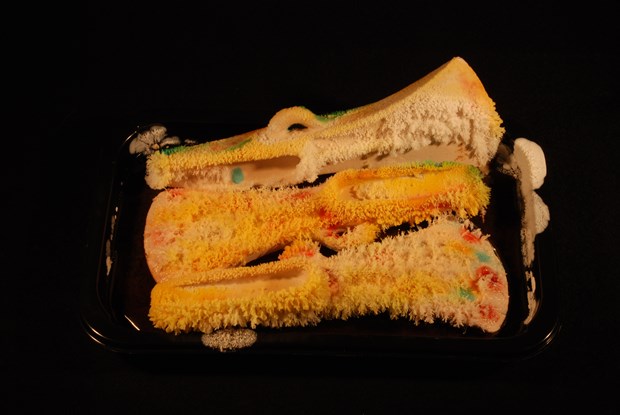 An animated film influenced by the changes that occur when bronze age artefacts are buried in the ground. This four minute stop motion animation took two days to film. It was first screened at the exhibition 'New Dimensions: Contemporary Art Inspired by Hidden Objects' at The Museum of Somerset from 16th January to 16th April 2016.