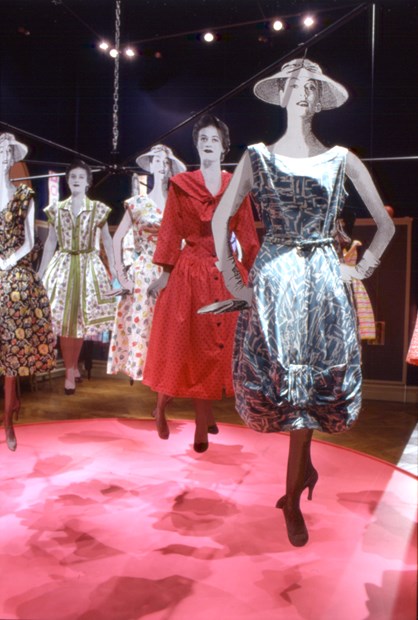 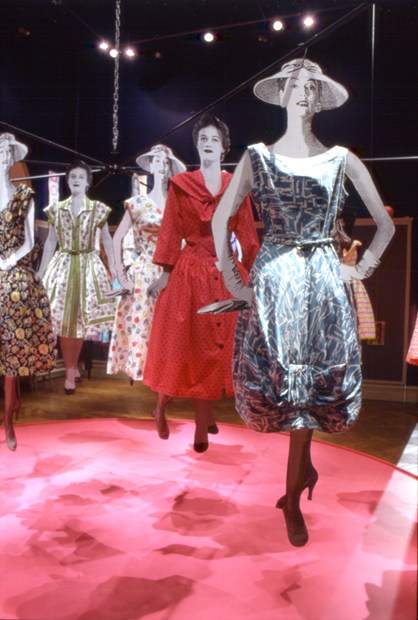 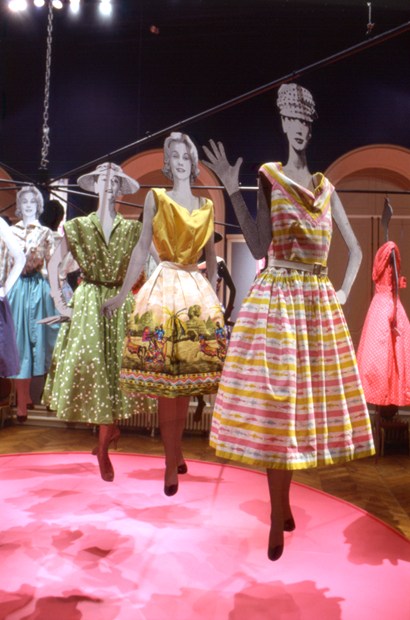 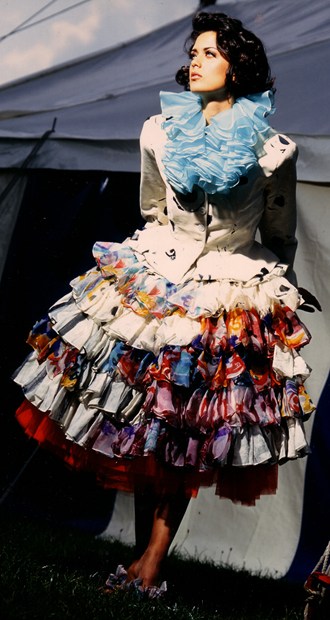 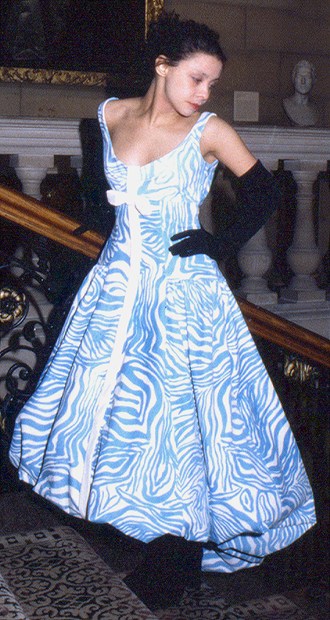 Fifties Frocks was commissioned by the Bowes Museum in 2000. Charlie Arnold's main contribution was to create an appropriate display for the mass produced colourful printed textiles of the era. She achieved this by creating cardboard cut out 50's models using blown up photocopies of magazine images which were then suspended from a 'Calder' style mobile, wearing the home-made 50's summer dresses from the Bowes' own collection. The labels for the exhibition comprised 'giant' swing tickets, which were hung around the walls of the gallery with a photographic example of the particular print being described on one side and specific text about it on the other.

The second room of the exhibition concentrated on the Haute Couture of the 50's where the display was behind glass and much more formal. Most of these dresses were borrowed from Platt Hall Museum of Costume in Manchester, onto where the exhibition later toured.

The highlight of the show was a new dress created especially by Bruce Oldfield using fabric that Charlie Arnold was commissioned to print for him using facililites at UCE.