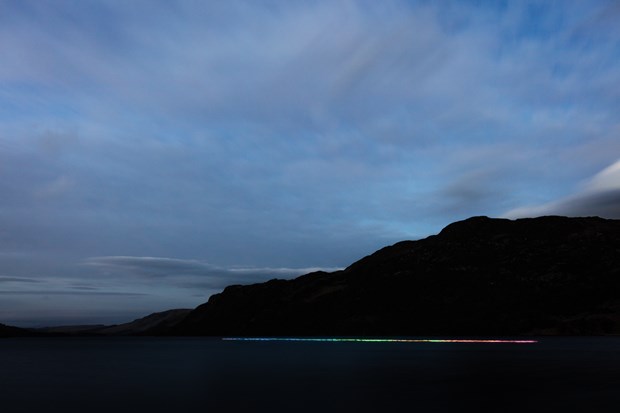 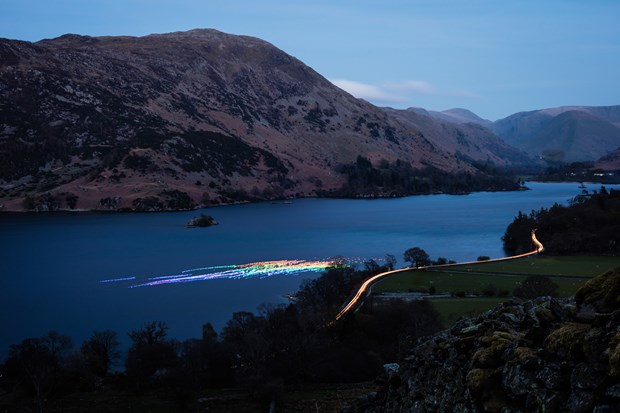 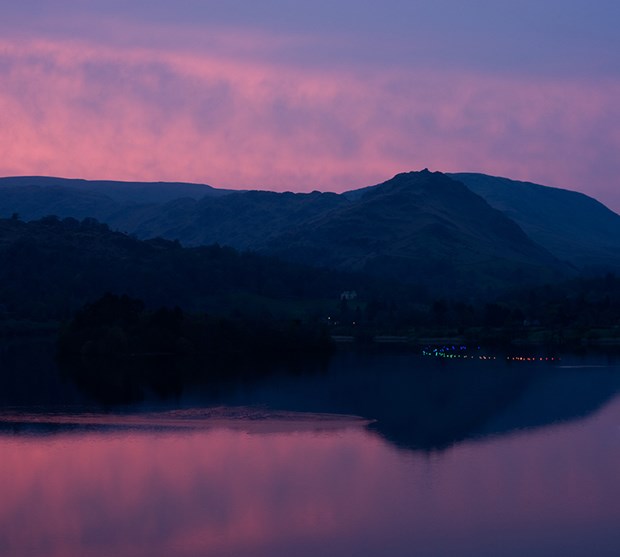 Seven Nocturnal Rainbows, a week long series of installations on Coniston, Ullswater and Grasmere, was inspired by Buttermere Lake, with Part of Cromackwater, Cumberland, a Shower, by JMW Turner. An electronic spectrum of LEDs pulsing on the water grew and then faded through an 80 minute cycle.

The Rainbows were part of Lakes Ignite 2016 supported by United Utilities; an arts and culture event highlighting outstanding contemporary art experiences inspired by the Lake District landscape and in support of the Lake District’s bid for UNESCO World Heritage status.