A Gown by Orry-Kelly 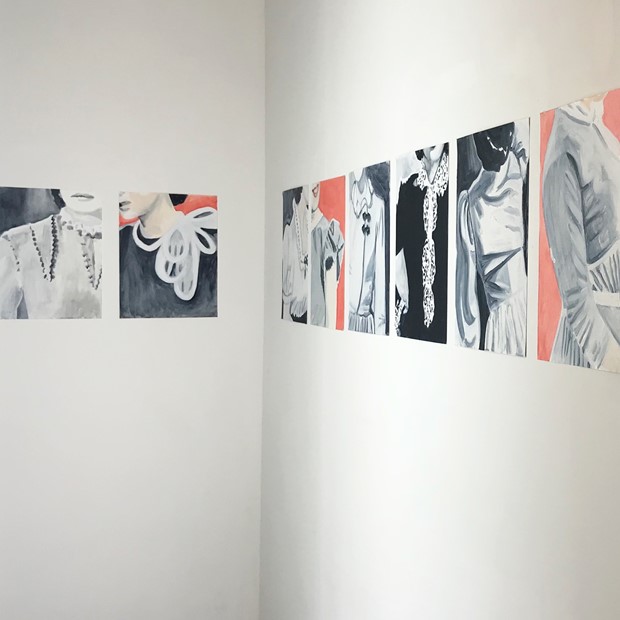 An exhibition with Alex Michon at Transition Two that borrowed and adapted the classical Hollywood credit line 'Gowns by Orry-Kelly' for its title. Orry-Kelly, a costume designer who worked on films such as Casablanca, Now Voyager and An American in Paris, was born Orry George Kelly but decided for his professional identity to go by the enigmatic Orry-Kelly. However rather than a literal examination of film costume and the work of Orry-Kelly, the artists are more interested in the essence and intimacy of on-screen garments and the idea that costumes can both conceal and reveal. The paintings and sewn material works in the exhibition zoom in, flatten out, and generally mess with classic film costumes, stripping out details to create works that allude to secrets, re-enactments and the masquerade of femininity.