Since returning to art practice I have studied for a Masters and a Practice-led PhD. The research undertaken was focussed on how translation theory might be used to better understand visual reiteration. 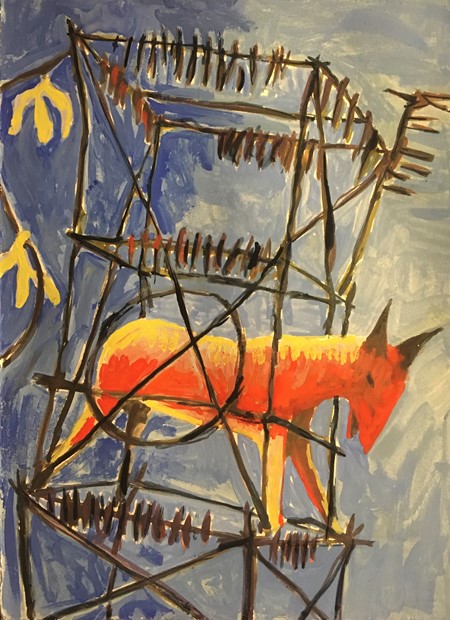 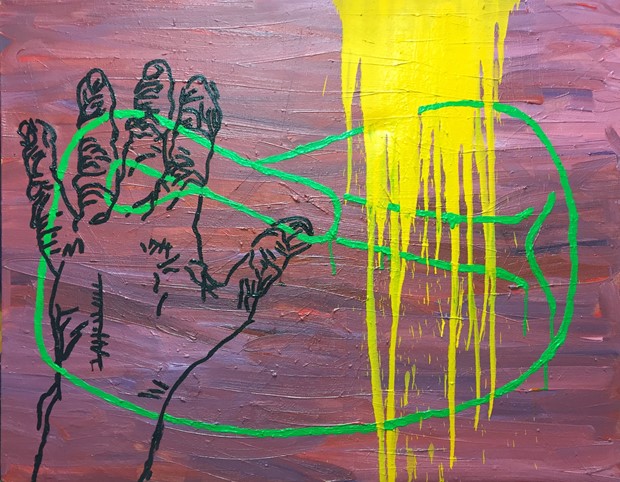 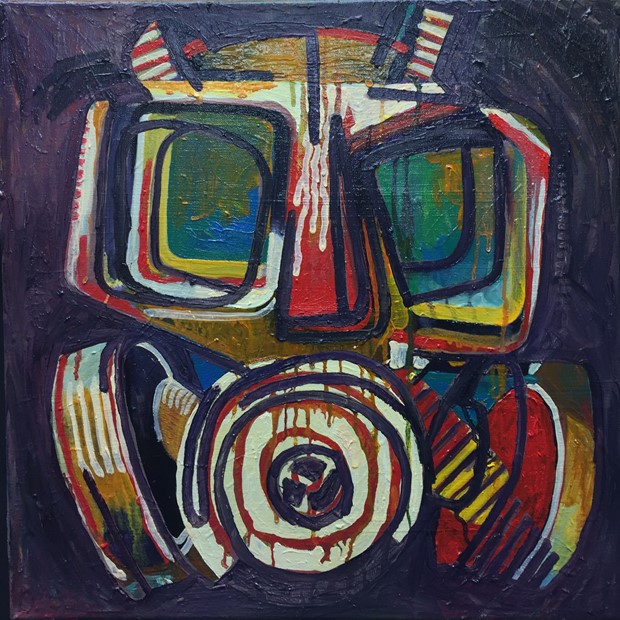 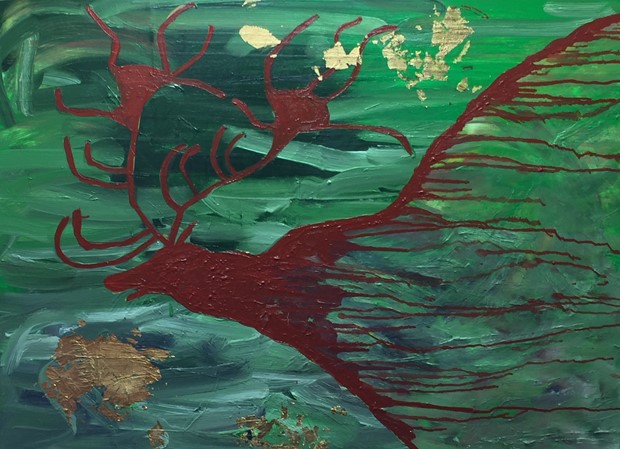 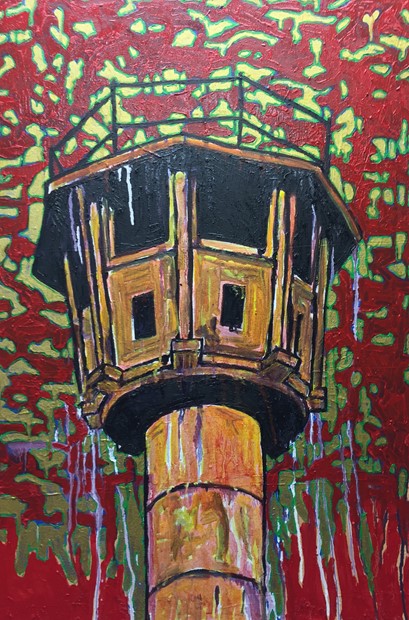 Since returning to art practice I have studied for a Masters and a Practice-led PhD. The research undertaken was focussed on how translation theory might be used to better understand visual reiteration.

Emerging from that research are two strands of practice. The first is practical. I make works that collide art works for many eras with other visual material (for example, images from science fiction films, contemporary news, ) to explore issues concerned with (to crudely summarise) ideology, religious fundamentalism, the refugee crisis, as well as embracing the feeling of being simlutaneously stimulated and overwhelmed by visual material. Lately I have become fascinated with pre-Renaissance imagery as it functions symbolically rather than representationally. Implicit in this work is a consideration of the nature of visual similarity and what that might indicate or reveal.

The second strand emerging for my doctoral research is pedagogical and informs the way I teach BA students, which I am keen to continue. I encourage students to develop a voice through comparing their work with others and to interrogate that relationship to reveal what underpins their approach to making, be it a process, a political concern, or something more psychological. Using works as 'yardsticks' against which things can be tested allows this to happen

I am ambitious to show my work more widely and to explore how artists might have faith in research methodologies founded in picture-making, and in reflecting on the work they make rather than illustrating theories generated beyond art practice.

In 2017 I was granted Fellowship of The Higher Education Academy.

After graduating in 1988 I pursued a non-art career. I spent several years working in various positions in book manufacturing / publishing. I returned to art practice in 2001, and in September 2005 pursued that practice full time.

February 2012 onwards: Drawing and Painting Tutor, Open College of the Arts and Unit Leader of HE Level Four Drawing Course.

May 2010: Employed by the Research Group for Artists Publications and Site Gallery to install a large Sol LeWitt drawing as part of the an exhibition of the artist’s books.

September–October 2008: Co-artist on It’s Good To Be Me project at Retford Oaks Schools Cluster, Bassetlaw, culminating in an exhibition of over 100 works at BendInTheRiver, Gainsborough.

October 2005 – December 2007: Visiting Artist, Esthwaite School, Hawkshead. During the weekly hour-long Creative Club I have run about fifteen workshops, all on different themes with a changing group of children from all years in the school (ages 4 to 11).

September: Winner of one of two student prizes at the Jerwood Drawing Prize 2015.

July (until August 2017): Artist in Residence at Bank Street Arts, Sheffield. This was an ongoing position and explains why a lot of my work has been shown there.

May: I was part of a team of artists from South Cumbria to receive a NAN Go-and-See Bursary which allowed us to visit Berlin to forge links with artists there. This led to an award from the Arts Council to create and execute and touring show of our work.

October–December: Landing Strip Residency at Art Gene, Barrow-in-Furness. Selected by rednile projects of Sunderland to collaborate with them.

October: Prosaic: Bloc, Sheffield (group show) - I am also a founding memeber of the curatorial team that delivers this ongoing project

April: Interviewed for a Radio Four documentary Copyright or Wrong?

July: Attended inaugural meeting one the Intersemiotic Translation Research Group convened by UCL’s Dr Ricarda Vidal. I have been invited to contribute a chapter to a multi-authored publication, scheduled for publication in summer 2017.

November: Presented a round-table discussion at the On The Image conference, Free University, Berlin. One of my works was also included in the accompanying exhibition.

November–December: The Public Are Not Invited, The Workshop, Nottingham (group show)

December: Translating across Sensory and Linguistic Borders: Intersemiotic Journeys between Media (edited by Ricarda Vidal and Madeleine Campbell). I contributed a chapter that summarises the key findings of my PhD: 'An Analyitic of Making: Translating Berman's Twelve Deforming Tendencies'.

October: 'A Definition of Translation' included in the multi-authored book Bartlett Drawing Research Series published by Post-graduate researchers at the Bartlett School of Architecture.

February: After After…: Reflections on Twenty Two Drawings

March: The Editions: Notebook Diagrams. (Edition of 25) Part of a post-graduate collaboration of 23 titles, launched at the Leeds Artists’ Book Fair.

Failure2011. An online project to assemble works  by artists considered as failures by them. Each work was accompanied by a text explaining their position. In July 2012 the blog’s contents were included, as a large poster, in Artefacts of Failure at QUAD, Derby.

FRED: I was one of the small team that delivered FRED, a site specific arts festival in Cumbria. I helped select the artists and their work and then co-ordinated their contribution, to a greater or lesser extent depending on the artist.