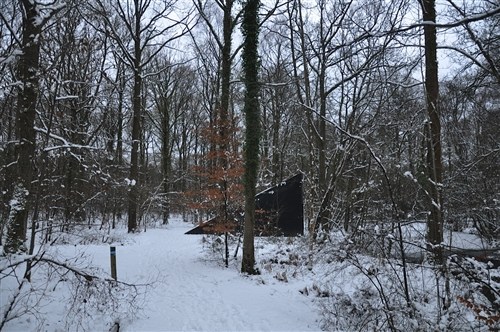 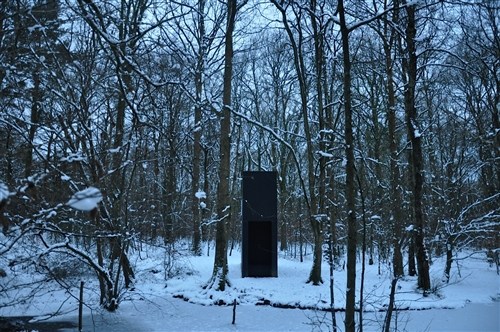 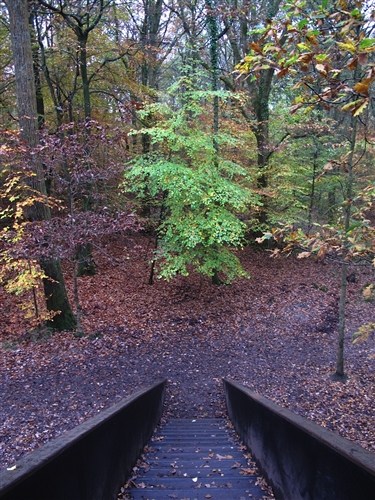 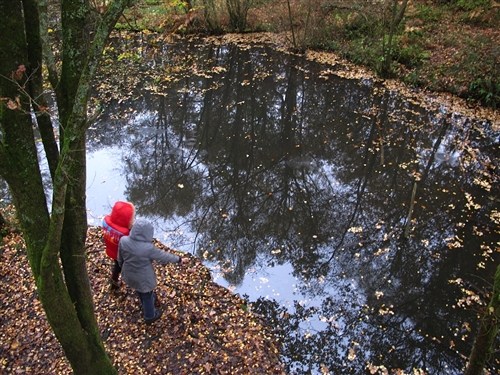 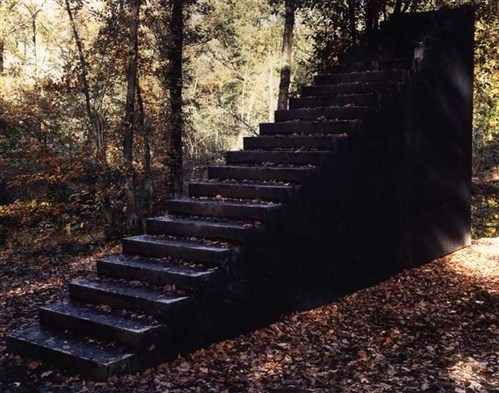 Visiting the work at its inception William Packer wrote "Observatory by Bruce Allan is a simple almost ceremonial ascent to a platform some 12 feet above a quiet pond. The descent is at least as positive, a conscious re-entry into the living forest from which, for a moment, we had set ourselves apart."
William Packer 'Summer sculpture' Financial Times July 19th 1988.

Around the same time Margaret Garlake commented "More visible and imposing but no less eloquent of the Forest's singularity is Bruce Allan's Observatory, a black painted wood staircase like half a ziggurat, set beside a pond. In the small space under the steps and facing the pond is a small room, a private refuge within the public observation post, whose blackness acts as an intensifier for the light outside. Observatory has an alien appearance in its matt, static solidity but is as much a comment as Davies's tower on those qualities of the forest which it appears most strongly to deny: its continual movement, its changing colours and shifting light."
Margaret Garlake The Forest of Dean revisited Art Monthly October 1988.

The steps of the sculpture were originally without sides. Health and safety requirements determined the work as it is today.

I made the piece "to stand and stare" to look back into the forest with wonder. The adjacent pond acts as a mirror reflecting the trees above. Shifting sunlight and shadows camouflage the sculpture and trace the movement of the sun.

The experience differs according to the season.

"Snow transforms landscapes. Certain things disappear, others become visible. I like the alchemy that makes the invisible visible. As frost defines spiders' webs, snow reveals unseen branches and textures. Black trees stand out on white ground, white branches are seen against the blackness of the sculpture. Patches of brown beech leaves and red orange bark float in a black and white world. Weighted branches pay homage to a frozen pond."
Bruce Allan 12.1.2010