Gillian Jane Lees is a Glasgow based performance practitioner. She makes rigorous attempts to build and control her environment over hours, and sometimes days, by undertaking physically demanding and mentally exhausting durational performances. Gillian’s interest lies in the fleeting moment where her will to succeed meets her diminishing physical ability to complete each task. 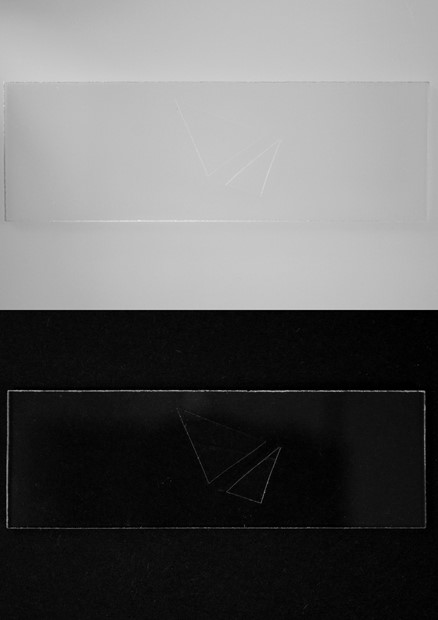 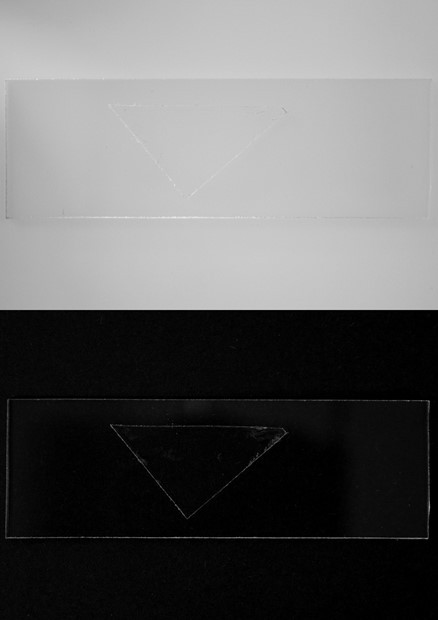 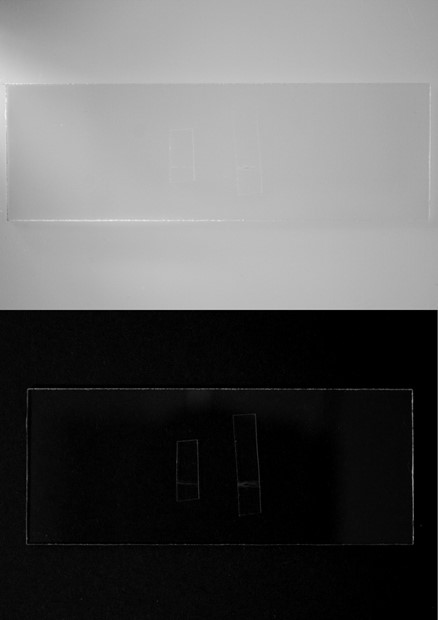 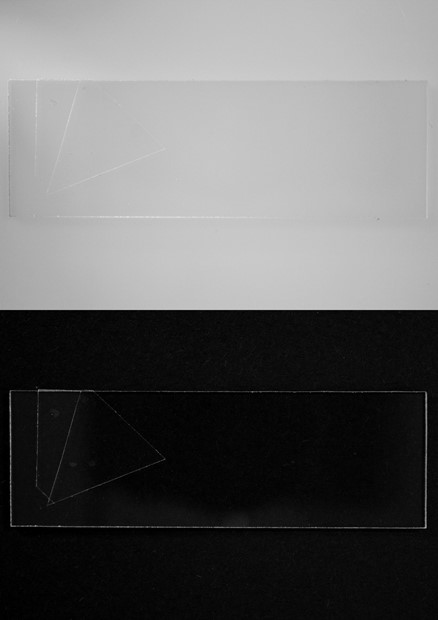 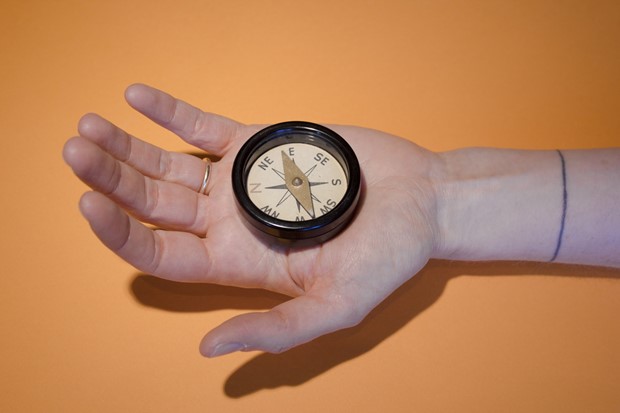 Gillian Jane Lees is a Glasgow based performance practitioner. She makes rigorous attempts to build and control her environment over hours, and sometimes days, by undertaking physically demanding and mentally exhausting durational performances. Gillian’s interest lies in the fleeting moment where her will to succeed meets her diminishing physical ability to complete each task.

Adam York Gregory is a scientist, games designer, typesetter, comic artist, film-maker and Visual Artist. His practice reflects each of these disciplines, often combining them to create novel areas of exploration, using his background in creating scientific investigations as a starting point for artistic explorations and methodologies.

Together, their practice seeks to explore the notion of ‘the imagined ideal’ through subjective performance, objective experimentation, documentation and observation.

In a totally dark room,  Gillian will attempt to construct 40 electrical lights in 4 hours using only match light as she connects bulbs, wires and plugs.

When each light is finished it is plugged into a socket that is operated by an electrical timer switch. After four hours the switch will activate and the space will be illuminated. The illumination correlates to the performers success and ability to perform the task.

Darkness denotes a failure of the task.

Collaborating with 2nd year BA Hons Students at the University of Salford. Durational and Task-based performance.

Choreography for film with local women in Lancashire, supported by the Heritage Lottery Fund and Light Up Lancaster. Lancaster King’s Own Museum.

Two parallel lines of white tape create a running track that ends abruptly at a wall. Next to the wall is a speed radar. Gillian repeatedly runs towards the wall, trying to record ever-higher numbers on the display.

We are exploring personal risk in relation to performance. The faster she runs, the harder the impact, the higher the risk and the greater the cost.

With each run we learn more about how Gillian mitigates the risk of pain through technique and through tempering her performance.

Or, perhaps, injury and pain are the cost of success.

Made with the support of Tramway, Buzzcut and Arts Council England.

Tangent is a task-based performance that assesses the perfection of a circle drawn by hand, using geometric processes to create a graphical representation of error. Gillian’s ability to perform perfectly is inextricably bound to the perfection of the circles she draws. Each circle is geometrically assessed, creating a graphical display of any deviation from perfection, both in terms of the circle and Gillian’s ability to perform.

Inspired by the development of Third Angel’s 9 Billion Miles from Home and A Perfect Circle by Christopher Hall, Gillian Lees and Alexander Kelly, Tangent is an ongoing inquiry as to the nature of perfection in performance.

[Shown at 'Where From Here: 21 Years of Third Angel' , Leeds Beckett University/Compass festival, 2016]

Gillian moves through the space carefully setting several hundred conventional wooden mousetraps on the floor. Her hands and feet are bare and vulnerable, close to the trap mechanisms. She continues until she is backed into a corner… We are looking to create a cumulative physical tension through the spring loaded traps and observe if it equates to a growing sense of emotional tension in anyone witnessing the piece – whether the repetition of a task that contains an inherent physical danger becomes more tense when performed repeatedly.

Time/Distance is a durational performance that measures itself by itself. Gillian transports sand a grain at a time across a defined space, much like sand falling within an hourglass. Within the hourglass, each grain of sand represents a fraction of a second – a defined but short period of time as it falls. In this performance each grain represents a far longer duration and one that, through human intervention, may even be variable. Just as a microscope is used to examine tiny things visually by making them appear large, we attempt to use the space to expand time beyond fractions of a second to examine it in more detail.

We wish to consider the slowing down of time, and how this enables us to be aware of it in greater detail by creating a rhythmical, meditative space. Much like a scientific experiment, the simple, repeated actions of the performer allow us to examine them in greater detail.

Time/ Distance was shown as part of Emergency, Manchester (2015)

Gillian has created a pattern, cut and sewn a dress from paper. Adam has created ink using candles, gum arabic and water. Wearing the white paper dress and using a metal tea spoon, Gillian will transfer a number of full vials of ink, across her lap, into the same number of empty vials. The task is complete once all the ink has been transferred from one set of glass vials to the other. Each drop spilled represents a degree of failure, indelibly marked and recorded on the white paper.

We aim for the audience to consider failure as an essential factor in any skillful endeavour, and for them to reflect on whether failure is a qualitative condition (is the task an outright success or failure) or a quantitative variable (is the task both successful and a failure in varying degrees).

[Tempting Failure, Bristol (2014) and shown twice at Buzzcut (2015). Dresses from all iterations were exhibited as part of the exhibition Understanding the Ritual at The Storey Gallery (Lancaster). Supported by the National Lottery through Arts Council England. Also shown as part of Rapid Pulse Festival, Chicago, Mobius Gallery, Boston, 2016 and Tramway 2016]

An experiment, a film, exploring the notion of an imagined ideal. A glass is picked up, and put back down again, repeatedly, until the ideal action is witnessed. This process sought to explore how a simple instruction given to a performer might differ through repetition; the result may never be exactly what was hoped for, but those results might be things that could never have been imagined. As a basis for collaboration, we considered how a simple, repeatable task, such as picking up and setting down a glass of water might be performed. Furthermore, at what point would the task be finished?