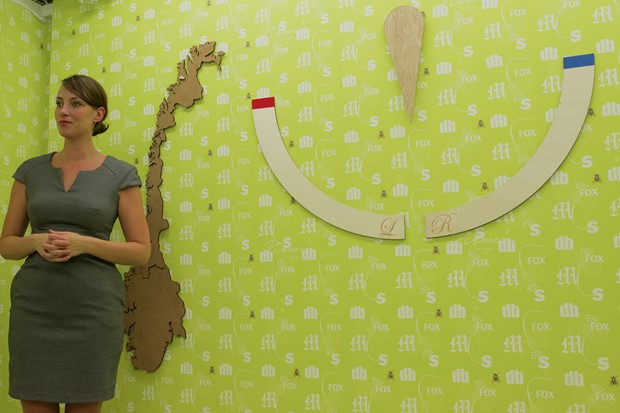 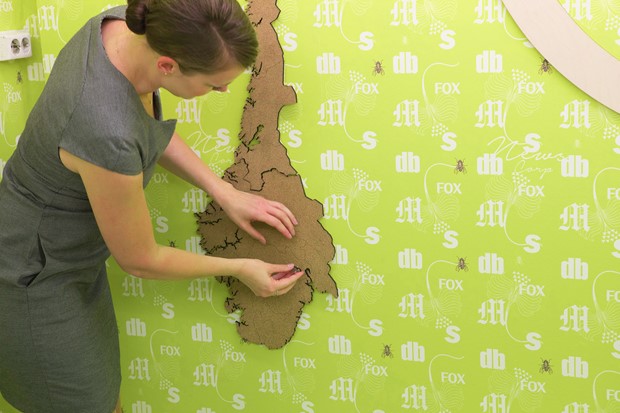 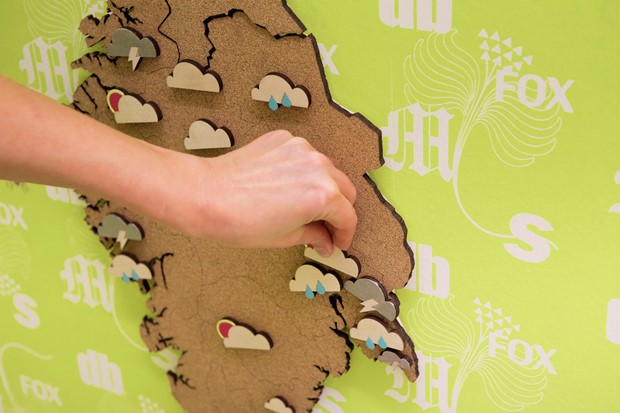 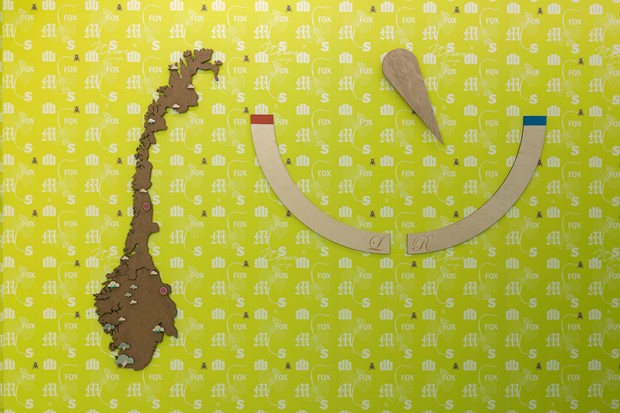 During the course of the Norwegian live election broadcast a performance an alternative commentary took place. Animating the election map an actress placed weather symbols in the geographical locations of each election result. Slowly the map revealed the political climate of the country with progressive right wing storm clouds growing. The swingomiter rested on the final point of political swing in the country, left or right.