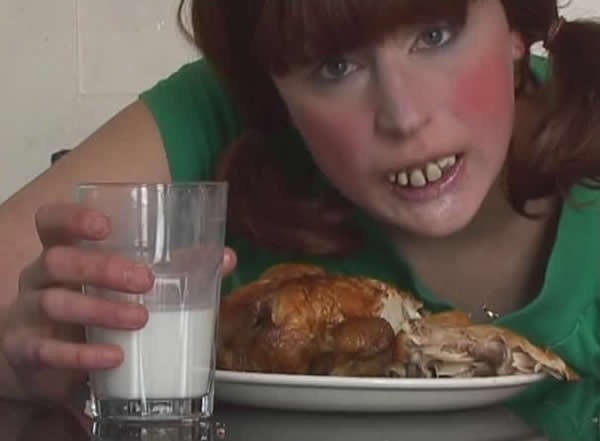 Eyres fascination with the human condition and its position within society informs her videos, through the characters presented in her mockumentaries she investigates human nature, how we perceive others and in turn how we portray ourselves to others.
Utilising the aesthetic of a low budget television or film pilot, Eyres evokes an artificiality which works in tandem with the psychological depth embedded within the characters created. The combination of which has an effect of compassionate repulsion by the viewer. Her films first repulse the viewer before enticing them back with a sense of compassion for the created characters
Eyres is the actor of the characters in the mockumentaries as well as the director, and as a result not only subjects herself to the interrogation of the audience, but also invites the audience to in turn examine their own self image. Questioning the reality of our opinions of ourselves in relation to how we in turn are perceived by others.