People at work have always preoccupied me. I am particularly moved by the effort of people whose work goes unnoticed, or work that becomes erased or undone. In my practice I am drawn to record their labour to see if art can inscribe value or somehow make things fairer. I usually work with the short experimental documentary form, wryly utilizing the redemptive power of non-linear video editing in is 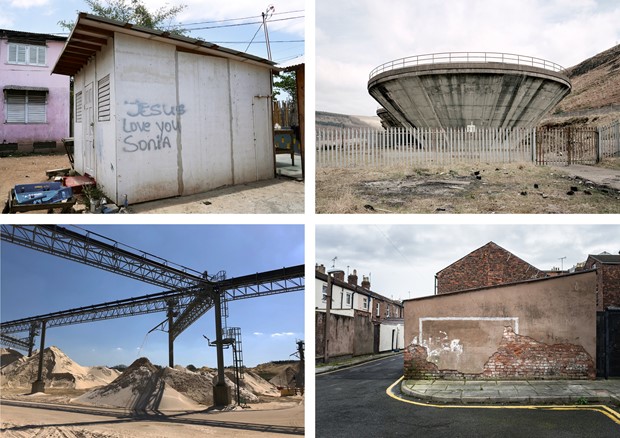 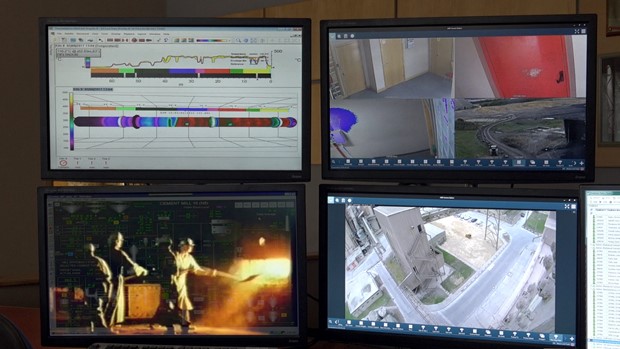 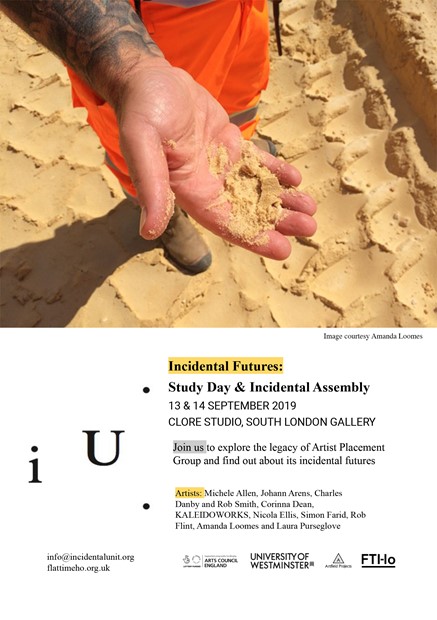 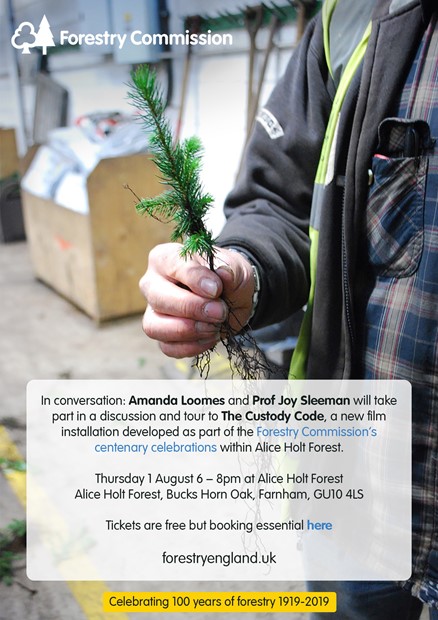 People at work have always preoccupied me. I am particularly moved by the effort of people whose work goes unnoticed, or work that becomes erased or undone. In my practice I am drawn to record their labour to see if art can inscribe value or somehow make things fairer. I usually work with the short experimental documentary form, wryly utilizing the redemptive power of non-linear video editing in is ability to speed up, reverse, repeat and stop. Working with and through people is a key part of my practice and I often encourage people to make a creative response to the situation in which we find ourselves, partly out of curiosity and because of the reciprocity this sets up. Through my work I consider the frailty and resilience of human endeavour.

The London Group on London, The Cello Factory, 2014.

On my behalf: Self-Portraits from The London Group, The Cumberland, 2012

The End of the Pier International Film Festival, 2007.

How We Make and How We Might Make, Wysing Escalator Retreat, 2013.

2018 University of the Creative Arts: Lecture to students on MA Fine Art Canterbury

2014 Spoil and Fill: Collaboration with Marenka Gabeler and Charmian Griffen

2011 Out of the Blue: Filmed and edited with Ackroyd & Harvey for Artsadmin What on Earth

2010 Free to Air:  Internship with Film and Video Umbrella

2008/07 Writer for Round Table Review, Next Level and Total:spec

2005 Short stories about painting: Filmed and edited with Jeffery Dennis

Screenings outside of galleries include: Farnham Eco Cinema, 2019; Dorking Green Room Theatre (Mole Valley Arts Alive), 2019; Titsey Place (for the workers at the sand quarries), 2018; The Institution of Civil Engineers, 2019.

Commissioned by Forestry England to make The Custody Code film installation to celebrate the centenary of The Forestry Commission. The project aimed to increase footfall in the forests, provide new insight for forest visitors and act as a legacy for the staff. Working with project managers Parker Harris. 2018/2019

Solo exhibition Formation Level at Aspex Gallery, Portsmouth, funded by the Arts Council. Included two new films, Time & Motion, made with the workers at Johnston Road Sweeper factory, and Surfacing made with the road contractor FM Conway. The exhibition included a touch tour for the blind and partially sited, 2019.

Commissioned by Surrey Hills Arts as part of Surrey Unearthed. Worked with two sand quarries to produce Whole and Persistent Place. Facilitated reciprocal visits with workers at the quarries and Surrey Industrial History Society to Reigate Caves and the working quarries, 2018.

Working Committee of The London Group, developing the Open Exhibition and managing open submissions with over 1000 applicants, 2010 to 2017.

Co-commissioned by HOUSE 2015 and Photoworks to produce film installation Relict Material for the Regency Town House Brighton. This included working with the marine aggregate industry and filming at sea on an aggregate dredging ship, 2015.

Spoil and Fill, Arts Council funded project to film the demolition of a building in the City of London. Working with artist Marenka Gabeler on a pop up book and writer Charmian Griffen, 2014.

Shortlisted for Jerwood Open Forest. R&D for film project with the Forestry Commission, 2013/2014.

Editing of film Out of the Blue for artists Ackroyd & Harvey, as part of the ArtsadminUK project What on Earth, 2011.

Internship with Film and Video Umbrella working on a community outreach project in West London as part of Free to Air, 2010.

Recipient of an Arts Council England Award for a community art project, From your Perspective, which took documentary photography into schools and included landscape painting workshops on a large housing estate in Surrey, 2010.

Commissioned by the Dutch pharmaceutical company Roche, in collaboration with artist Marenka Gabeler, to make a film as part of the Longstories art project that highlights personnel stories behind lung cancer, www.longstories.nl, 2010.

Organising and curating art exhibitions on The Portman Estate, London, including press material, leases, insurances and advertising, 2003 to 2010.

Commissioned by curator Rose Lejuene to film and edit the documentary Looking for a Reason which involved working with firemen from Euston fire station whilst they searched a disused fire station, 2008.

Filming and editing of documentary Neighbours, a juxtaposition between the peace protestor Brian Haw and the Hansard writers in the Houses of Parliament, 2006.

Filming and editing of documentary I was glad, looking at the role of work and art with the stonemasons at St Paul's Cathedral, 2005.

Filming and editing of DVD included in the publication Short Stories about Painting edited by Jeffrey Dennis, 2005.

Writer for online arts review magazine www.roundtablereview.com and Next Level and total: spec arts magazines, 2007 to 2008.

Site Engineer and Project Manager for Wimpey Construction, with responsibility for programme, working methods, safety and quality on sites as diverse as Belmarsh Prison, Sainsbury supermarkets and the A303 at Yeovil, 1985 to 1996.