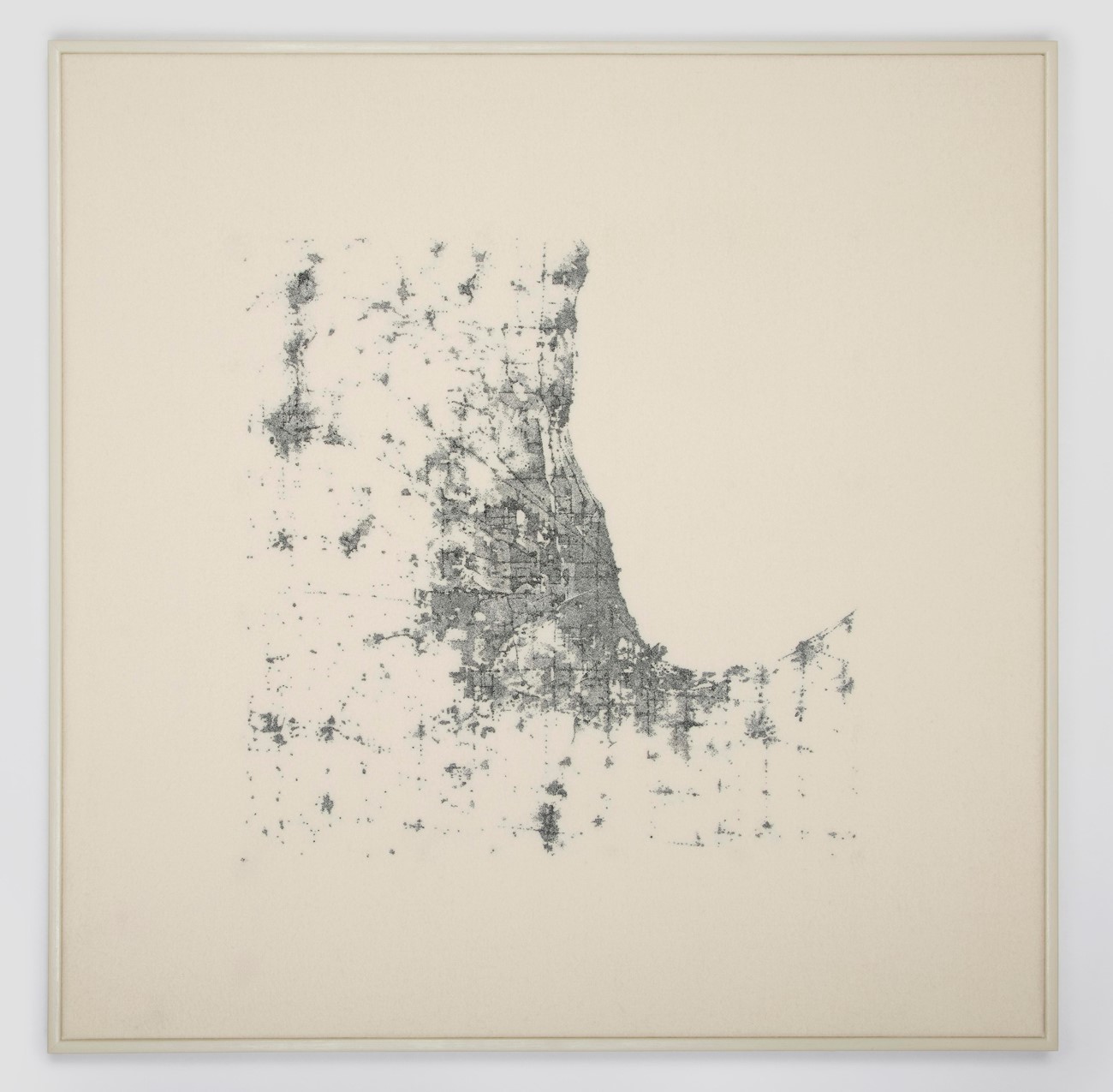 Part of my ongoing series of Light Abstracts. The stitches trace and render the light patterns of Chicago, IL, revealing the geography of Lake Michigan. This meticulously embroidered work depicts the lights patterns created at a macro scale by humans and their interaction with the landscape, underlining the reshaping of our relationship to the built environment.

Inspired by the Eames film Powers of Ten.

Powers of Ten explored the relative size of things in the universe, the significance of adding zero to reveal the ‘continuity and change, of everyday picnics and cosmic mystery’ teaching us about scale and perspective.

This repetition of pattern and the notion that we are dots, made up of dots, continues to inspire my thinking.

Dusting The Ornaments On The Mantelpiece Of Your Mind, 2020 by James Moore 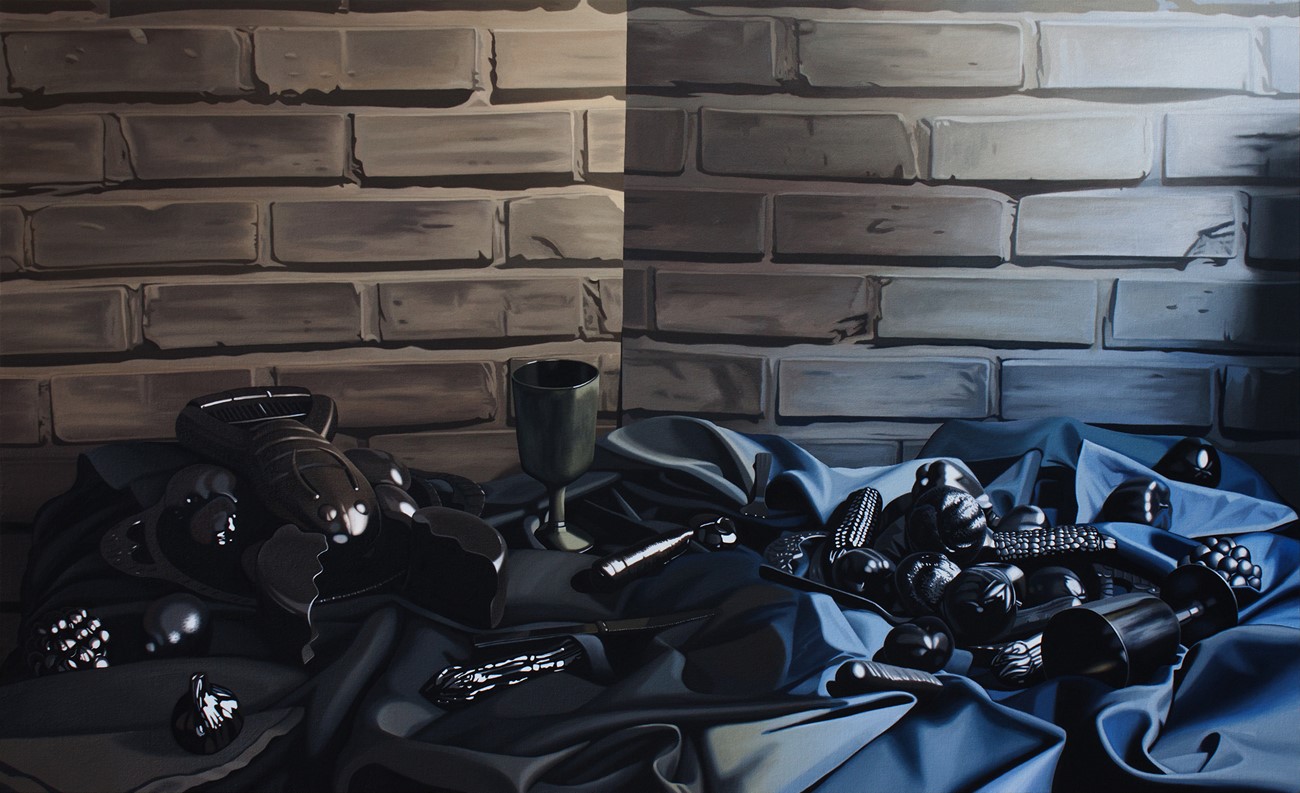 The picture depicts typical Dutch genre-painting objects, though the objects here are plastic toys spray painted black in the studio. The painting is an observational still-life that has been purposely disrupted. The lighting apes the genre tradition, and the badly hung backdrop disrupts the space. The objects depicted would in earlier times signify important things about their owner and the painted image itself would add further complexities. However, in this picture, cheap plastic replicas removed of colour create an image drained of traditional meaning - newer games of representation and iteration in place of the older, yet somewhat more sophisticated, methods of previous painters. 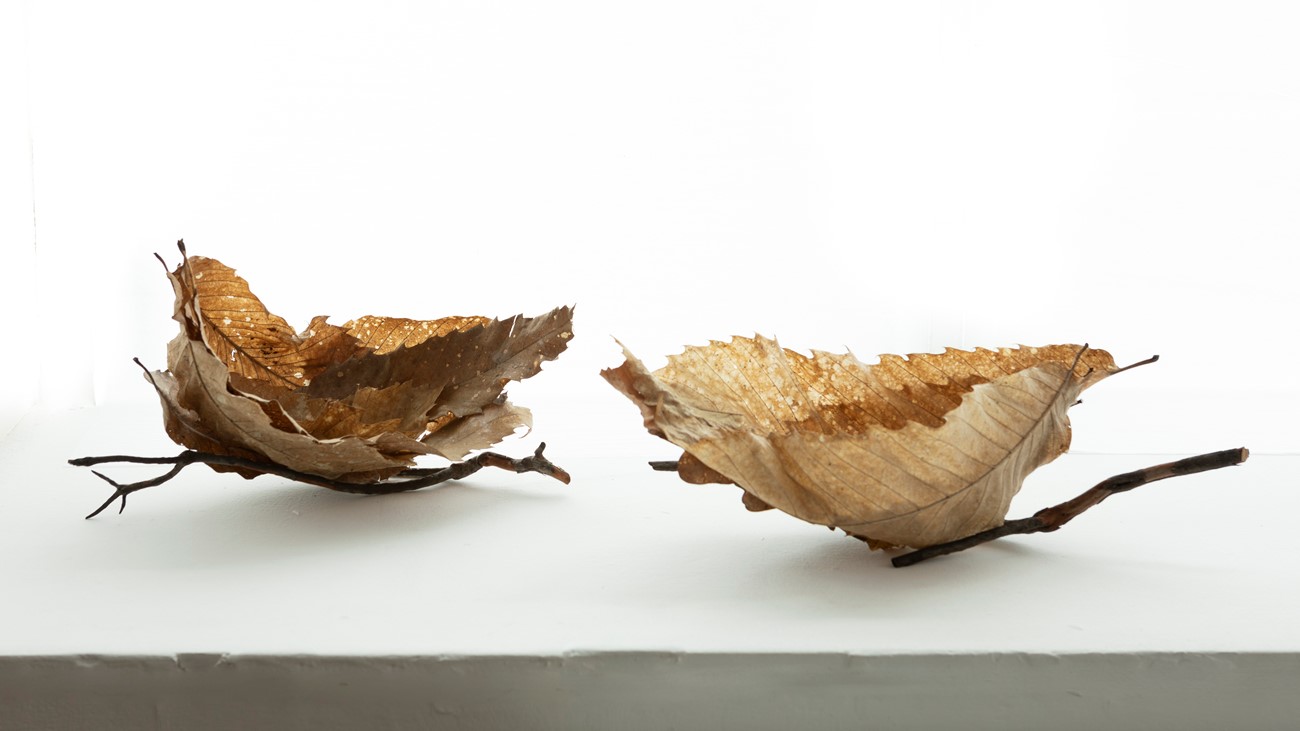 Fragile leaf and heather vessels appear to be floating down stream. From the exhibition Darkness and Light at the Bleddfa Centre, Mid Wales. These ephemeral ad fragile boats are reflecting the increasing fragility of the earth, the passage of time and the cycle of the seasons.

Somewhere Between the Soul and the Centre of the Earth, 2022 by Adelaide Shalhope 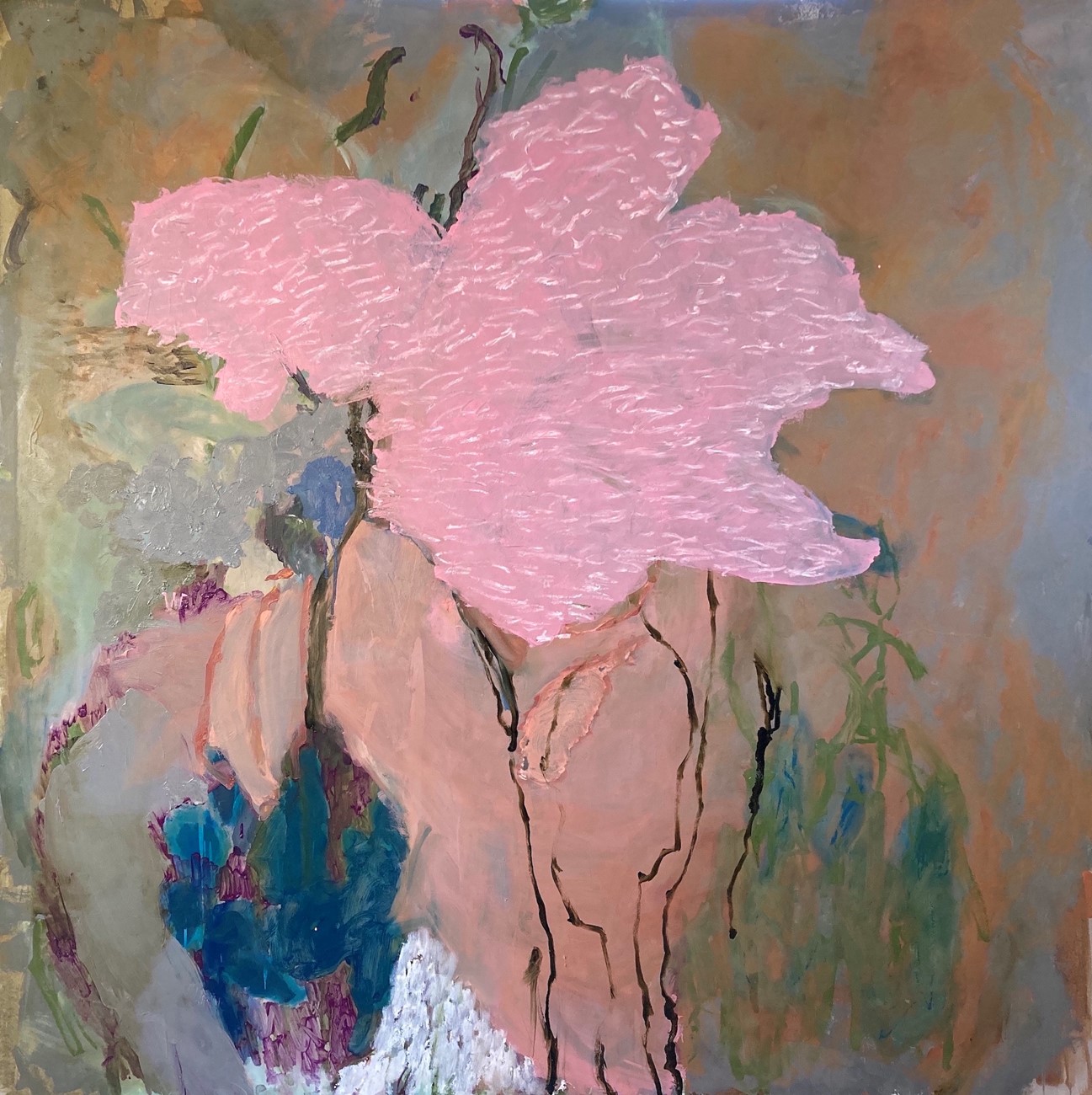