The piece consists of a Manjha, (which is also known as a Charpai translating into English as ‘four feet’) a traditional piece of furniture native to India. It is a woven bed, often constructed from wood, with most designs tending towards metal structures in contemporary society due to the cost of materials, the longevity and the time taken to manufacture. This particular Manjha was made during the spring/summer of 2020 during lockdown and later completed in August, 2020. It is constructed from timber found in a shed. The language of Utilitarianism is built into the very fabric of the object, it was made as both a reminder of home and as a space for people to share their memories and stories. The process of weaving the Manjha is a labour intensive one, the act itself is one of weaving histories, particularly in the face of the situation we have all endured this past year.

In the rural village communities in Punjab the Manjha is often a communal space, all important decisions are made around it, vegetables are dried on it, friends sit on it, and the tired sleep upon it. The piece has now expanded beyond its original context, it has become a piece that travels, an object of social engagement, a place where people can have conversations about their pasts, about their connections to place. It is a participatory object, it invites people to interact with it, to be comforted by it, to gift stories to one another, and to become an active listener through its passive facilitation.

So far conversations and interactions with the piece have ranged from memories of grandparents building their own Manjhas as far back as 20 years ago in Africa, as well as conversations around materiality and nostalgia for place. The piece has the ability to elicit memories to transcend histories.

Written with Frederick Hubble, whose shed gifted us the materials.

Two sides of a story, 2020 by Naty Lopez-Holguin 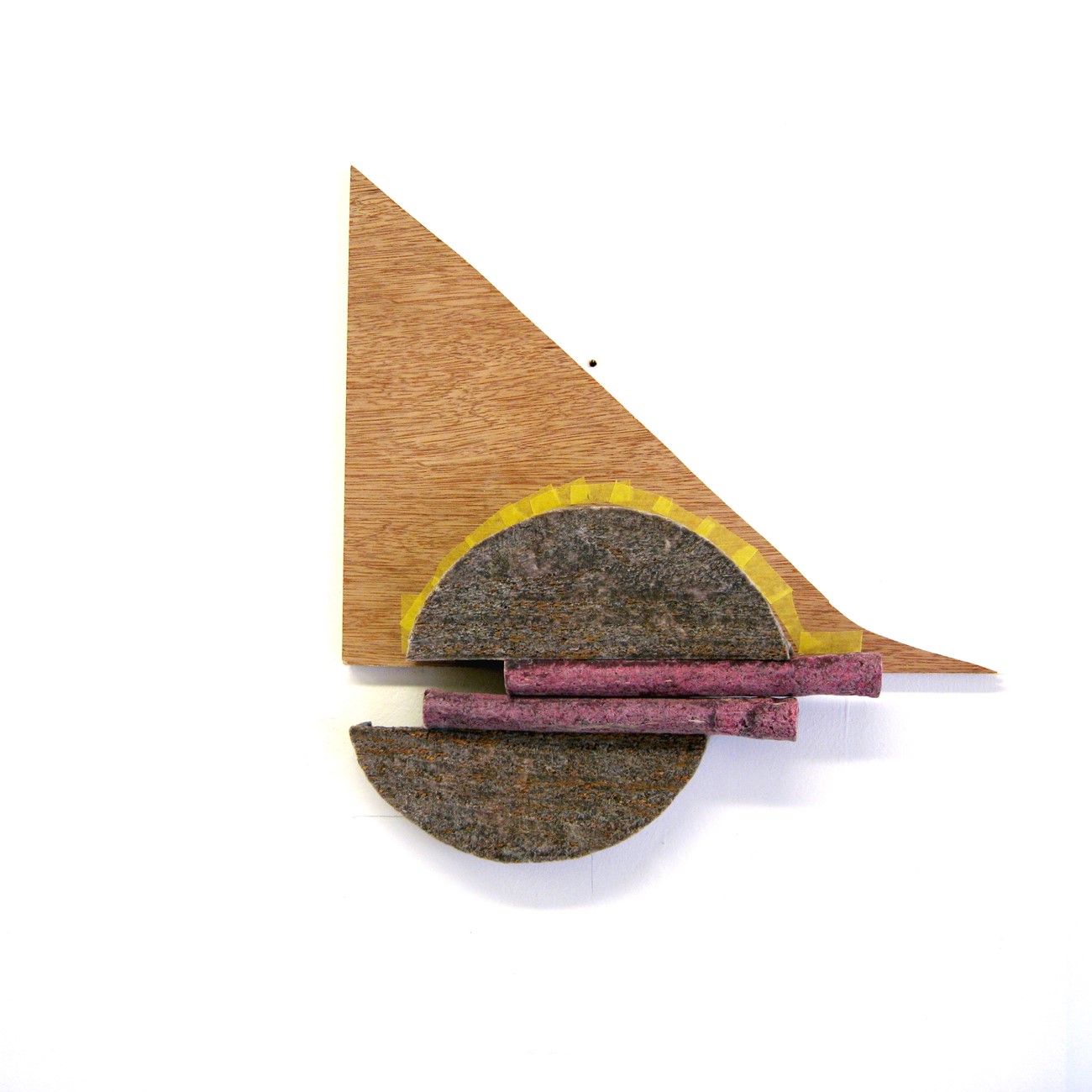 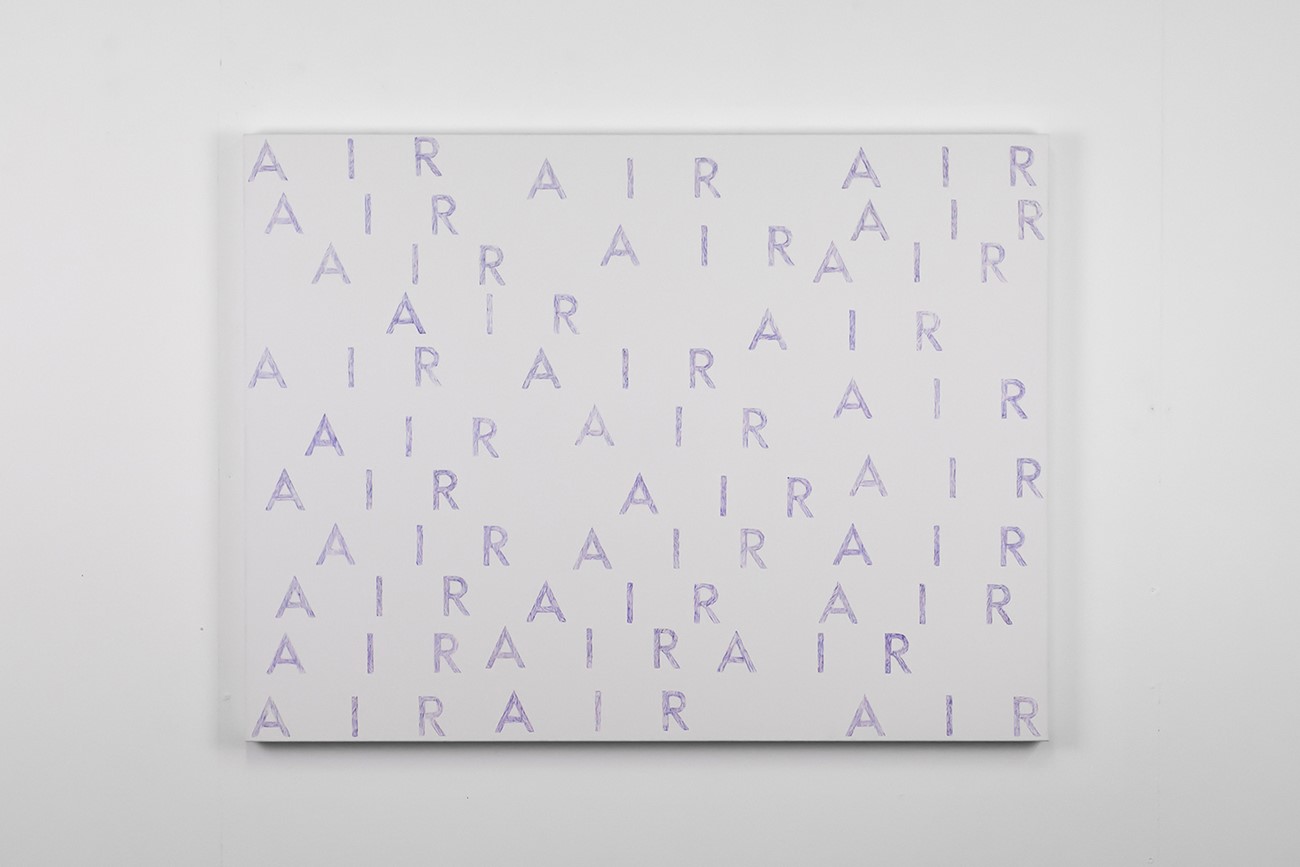 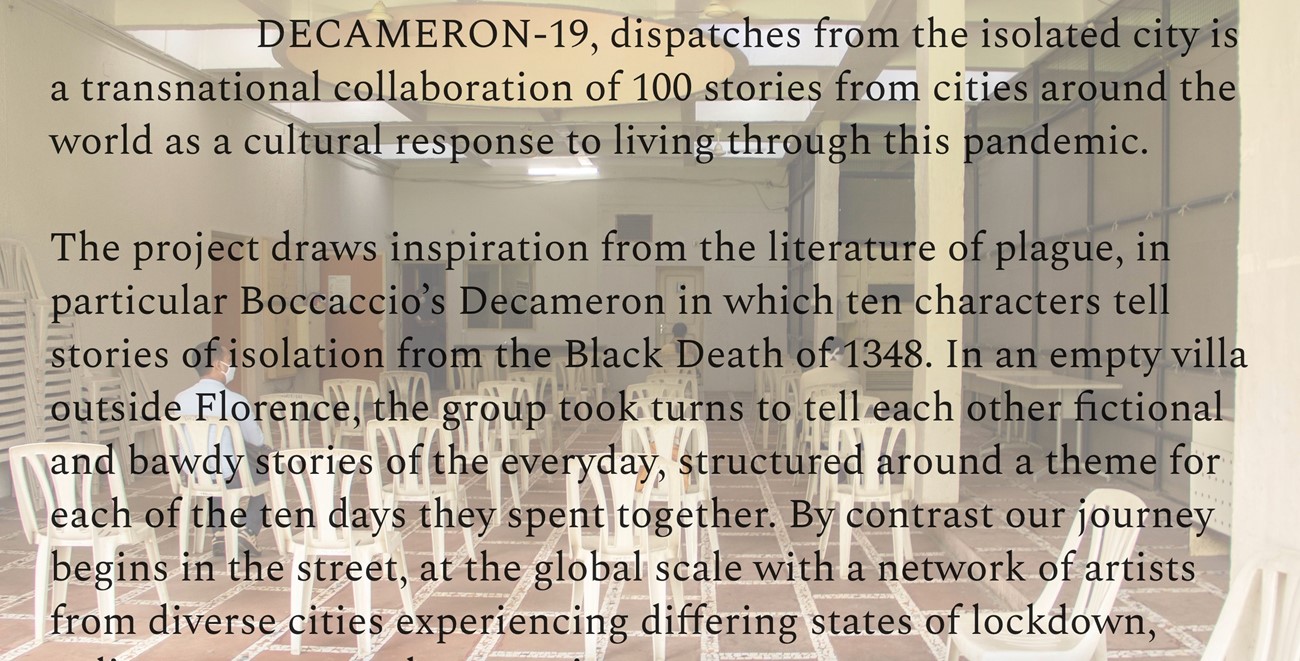 DECAMERON-19, dispatches from the isolated city is a transnational collaboration of 100 stories from cities around the world as a cultural response to living through this pandemic.

The project draws inspiration from the literature of plague, in particular Boccaccio’s Decameron in which ten characters tell stories of isolation from the Black Death of 1348. In an empty villa outside Florence, the group took turns to tell each other fictional and bawdy stories of the everyday, structured around a theme for each of the ten days they spent together. By contrast our journey begins in the street, at the global scale with a network of artists from diverse cities experiencing differing states of lockdown, policy measures and economic responses.

Project is ongoing. Curated by Ben Parry and Lia Mazzari.