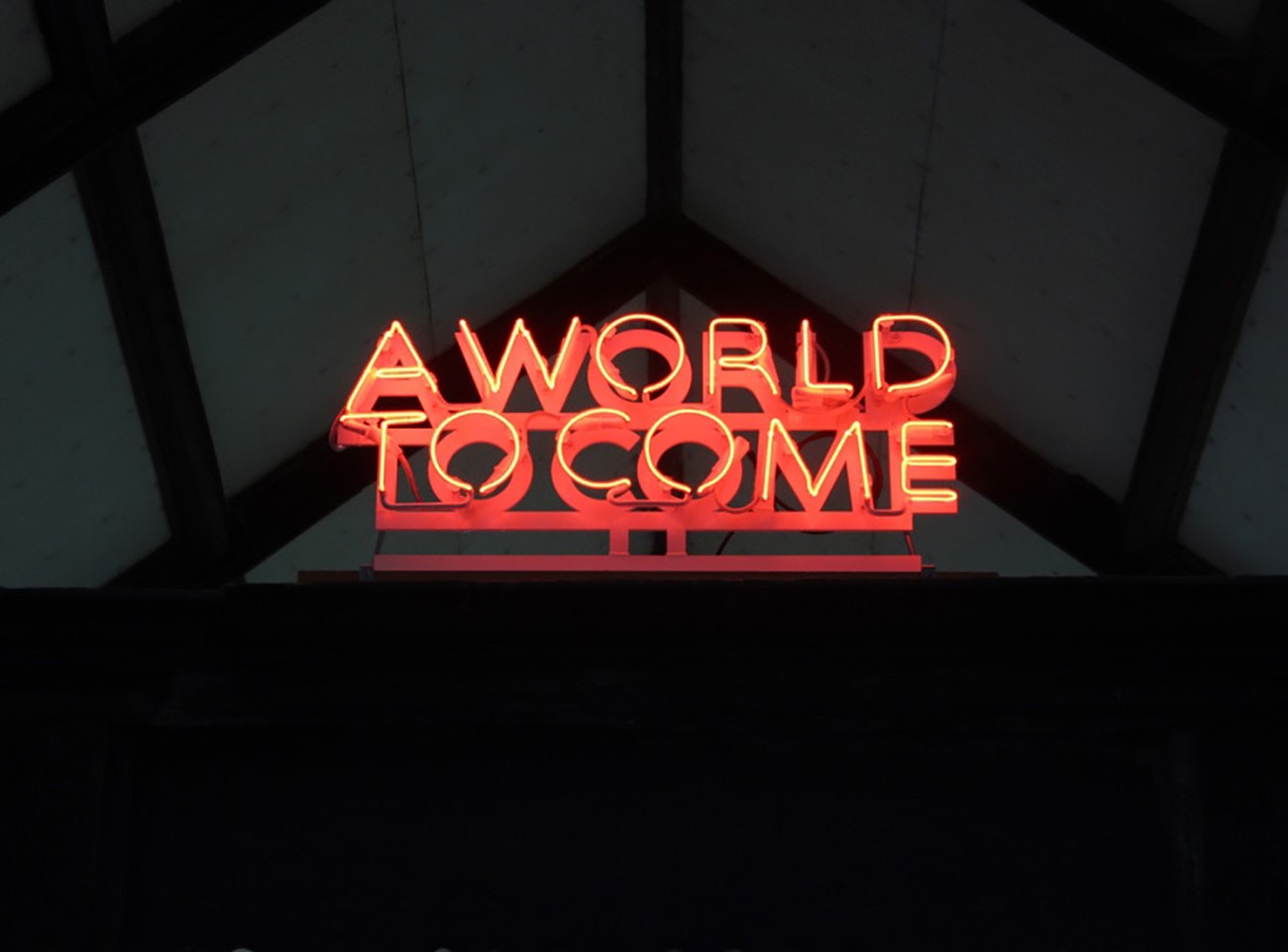 'A World To Come' is an installation consisting of a neon text piece with flickering letter L reading A World To Come / A Word To Come and seven cotton cloaks. The cloaks aim to heal division by combining the Seven Deadly Sins of Lust, Anger, Pride, Gluttony, Sloth, Envy and Avarice (represented by traditional animal symbolism) with their global opposites of the Seven Contrary Virtues. By blending vices with virtues the piece creates a new and non-binary cast of characters for present and future times: The Goat of Chastity, The Lion of Patience, The Peacock of Humility, The Pig of Temperance, The Snail of Diligence, The Snake of Gratitude and The Toad of Generosity, aiming to defy stereotypes.

Commissioned by Art + Christianity, the work was installed at All Saints and St Andrew’s, Kingston, Cambridgeshire (12 July – 1 October 2019). This small parish church retains fragments of Medieval wall paintings depicting schemes of morality such as the Wheel of the Seven Acts of Corporal Mercy, The Tree of Evil and Seven Deadly Sins, St George and the Dragon and the Psychomachia (Battle of the Soul).

Jumpin’ the Lights, 2020 by Alistair Woods

Traces of the Technosphere, 2020 by Liz Clifford 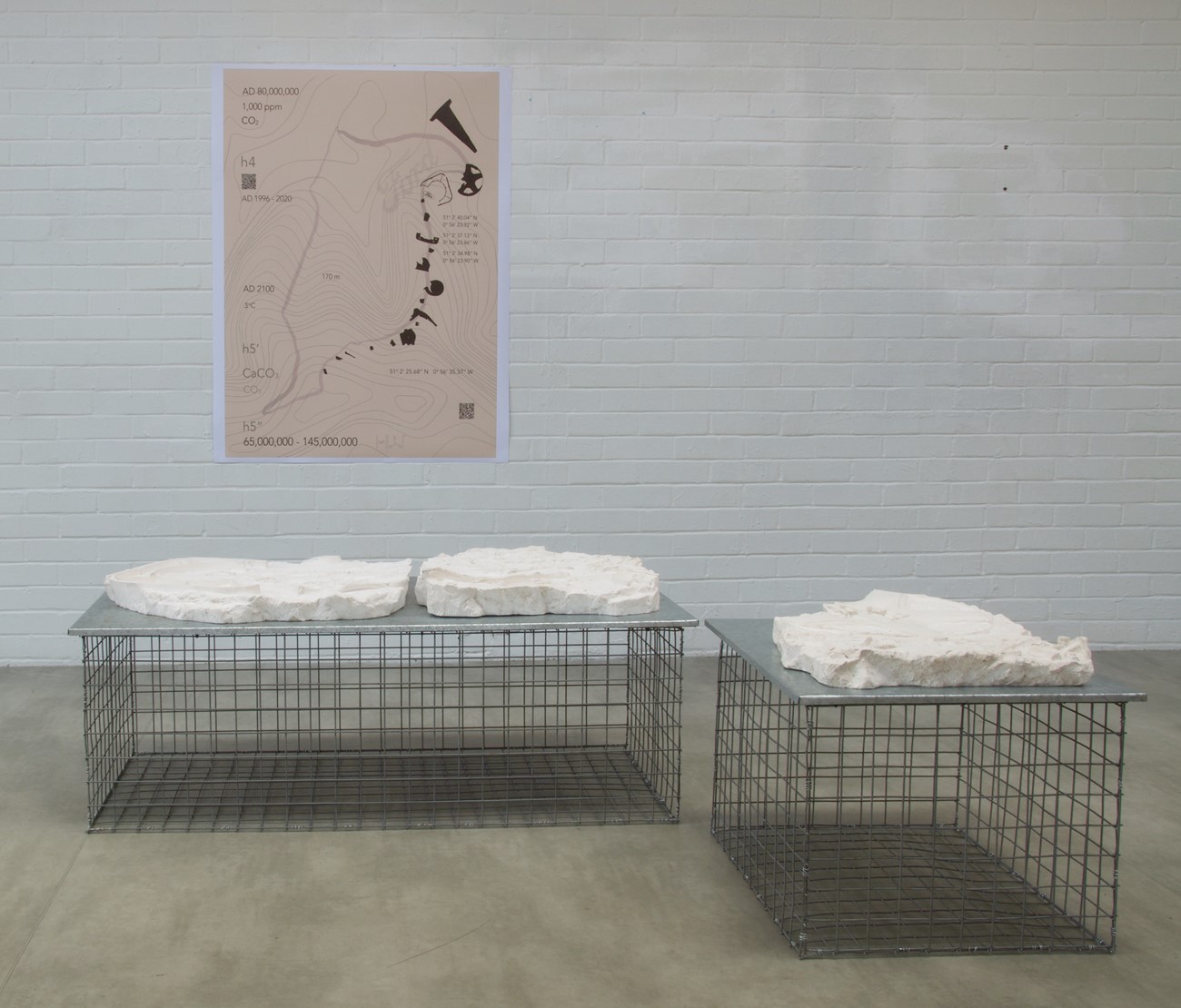 The work presents a future for the plastic detritus collected by the artist on a 4000 year old track in East Hampshire. 4 x 4 drivers are just the latest users of this Bronze Age route that erode the chalk hill. That chalk is 150 million years old and full of fossils. Trace fossils are not the remains of a species itself, but rather the remains of the trace left by that species. Human artefacts form trace fossils and since the middle of the 20th century have spread over the entire globe, forming a technosphere, the preserved remains of which may be used to help date extinctions, including our own. The plaster slabs presented here contain such “trace fossils,” are supported on a home-made version of the gabion basket, used in flood defences, and are accompanied by an info-graphic that lays out the topography of the landscape and provides location information for the “finds”. The work is also supported by a video. The video and the infographic are attempts to bridge the gap between being in the landscape and the gallery. The video can be screened in the gallery and its sound world is very important. It is about the artist’s daily walk on one level but also aims to link with the message of the technofossil record of humans presented by the plaster slabs and museum style infographic.

“Fossil burning human beings seem intent on making as many new fossils as possible, as fast as possible.” Donna J Haraway. Staying with the Trouble: Making Kin in the Chthulucene. 2016