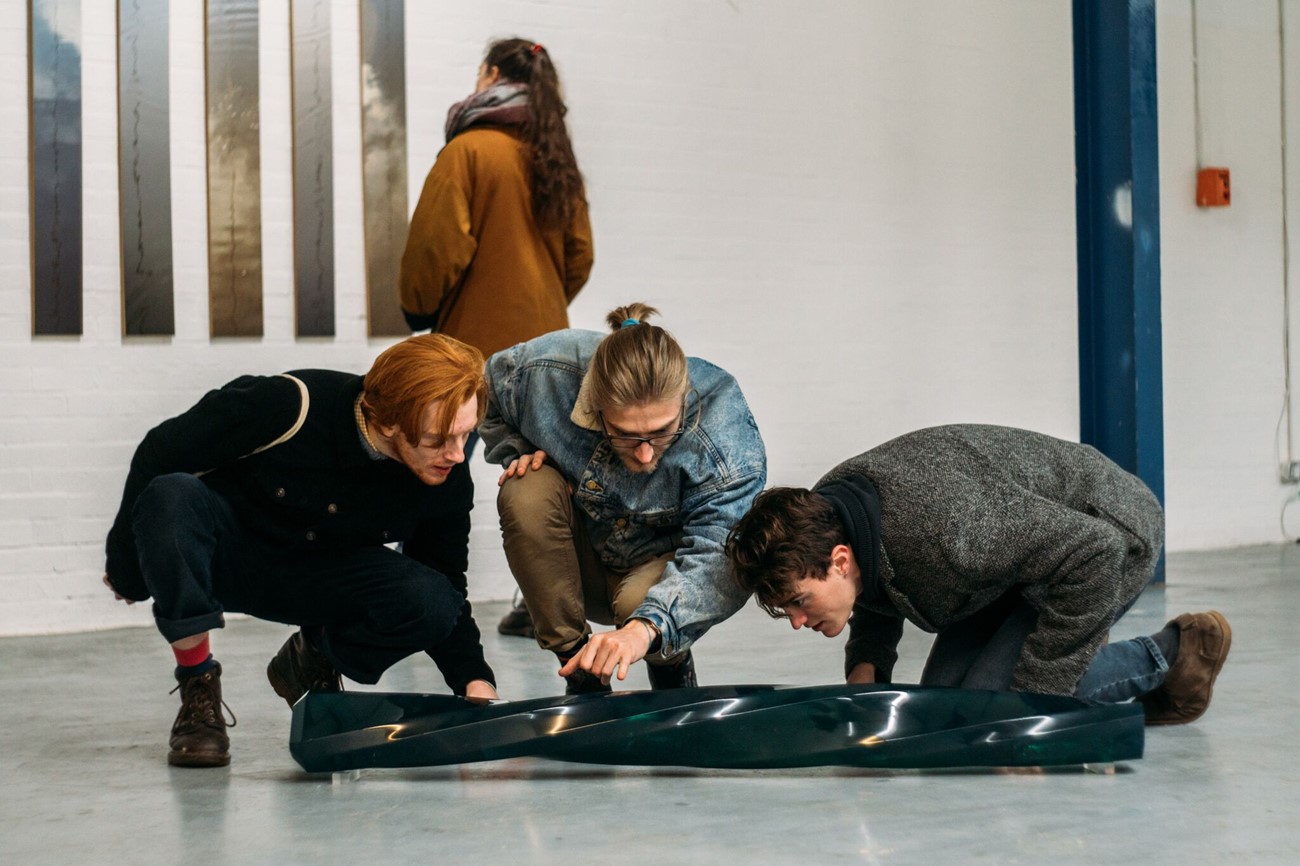 Avoid the pseudo-creep, pull up a seat!, 2018 by Maisie Pritchard 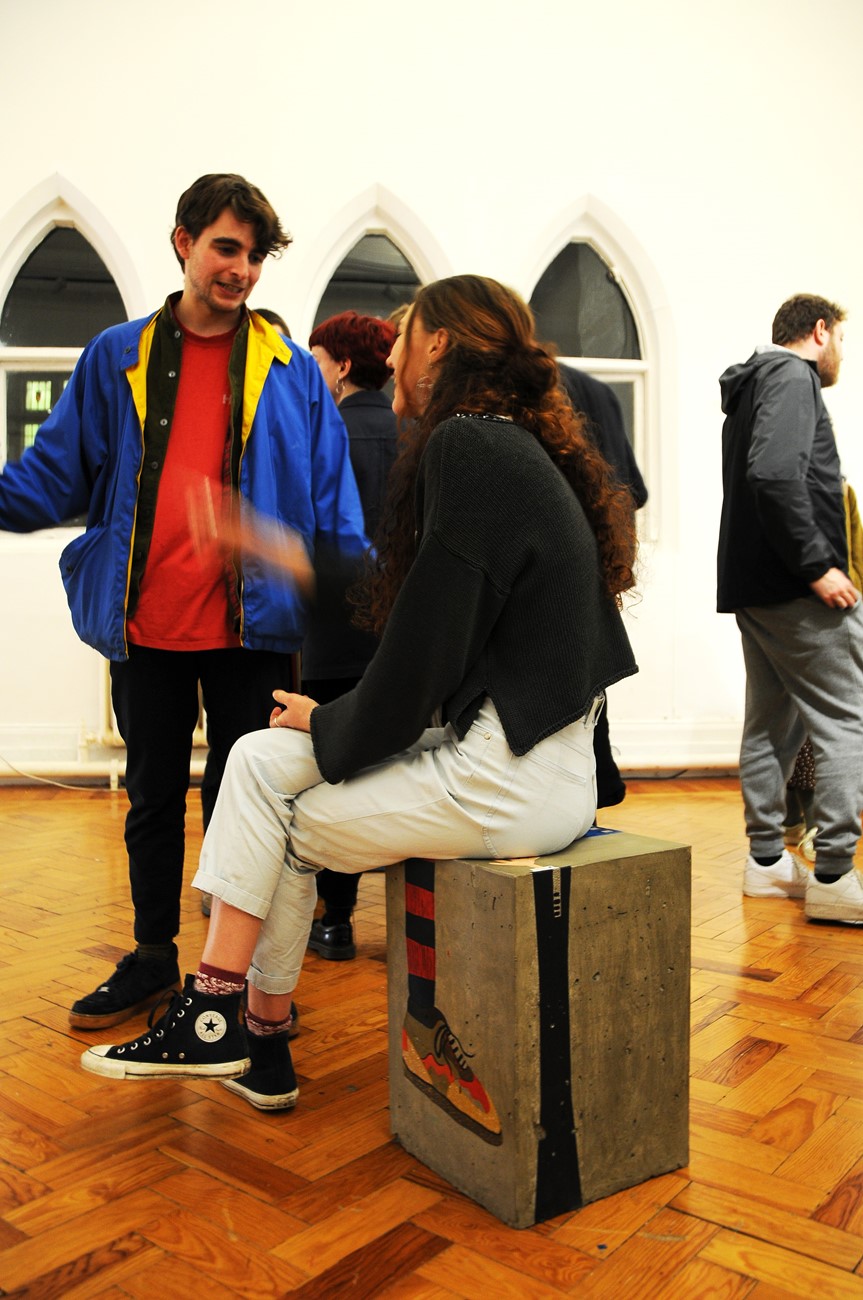 ‘pull up a seat!’ invites the viewer to interact with the cement block, providing seating that tackles the idea of privatised public space and corporate power. The painted features refer to the everyday commute to work, in which this is made humorous by tweaking the scale of hands and feet. This piece functions on multiple levels as it works as a sculpture, painting and interactive object.
A collaborative work with Rosanna Dakin.

In Search of the Feminine #2, 2018 by Theresa Bradbury

Performance/film work.
With the work, I am exploring and interrogating social boundaries and acceptable codes of exposure. The appropriate/inappropriate dichotomy, particularly in relation to femininity. I hope that the work elicits a visceral response from the viewer, to experience a heightened awareness of their own body.

The idea that the female body can be acted upon and coerced by external forces must be disrupted to reframe the body as active and autonomous. If the body is a surface to be inscribed upon by cultural and societal forces, what is real? Where is the real self beneath the culturally formed surface of the skin and bodily contours.

Five Verses on Six Sacks of Earth, 2018 by Nastassja Simensky

Collaboration with Rebecca Lee. Five Verses on Six Sacks of Earth is a research project developed through a residency on a 17th Century archaeological dig in Pendle, Summer 2018. The archaeological residency was supported and commissioned by In-Situ and Pendle Hill Landscape Partnership.

The place specific live work was presented in the form of a micro opera which included new music, field recordings, spoken word.