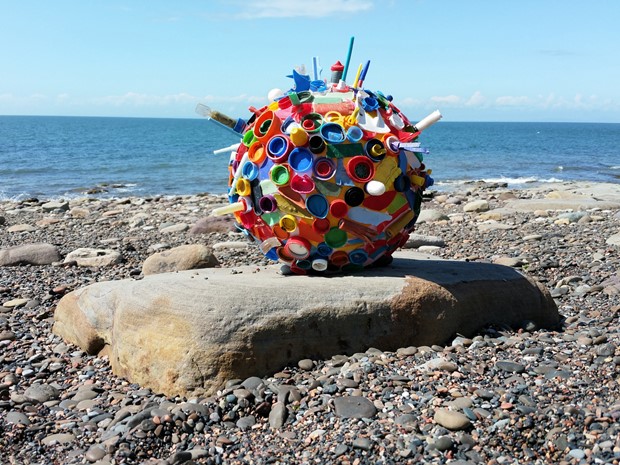 The temporary beach intervention was created at South Beach near Whitehaven in West Cumbria and was created in response to the news that President Trump announced he was abandoning the Paris Climate accord . 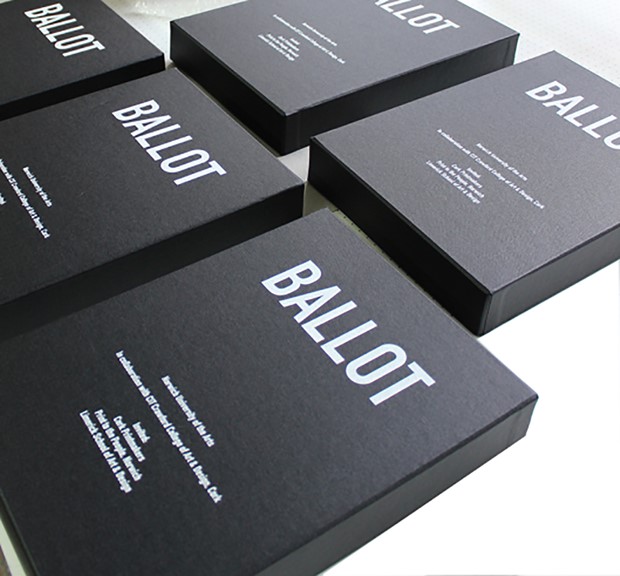 A Small Jump With Words (2017) by Martin Hamblen 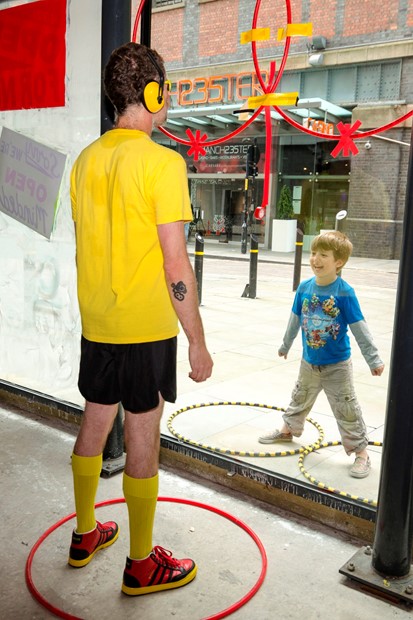 Standing in a hula hoop I uttered the phrase "Have a little faith, baby. Have a little faith." A sample taken from the film Kelly's Heroes. Then I jumped. And repeated. Again and again for about two hours and forty minutes.

The Thing (Work In Progress), 2017 by Jessica Harby 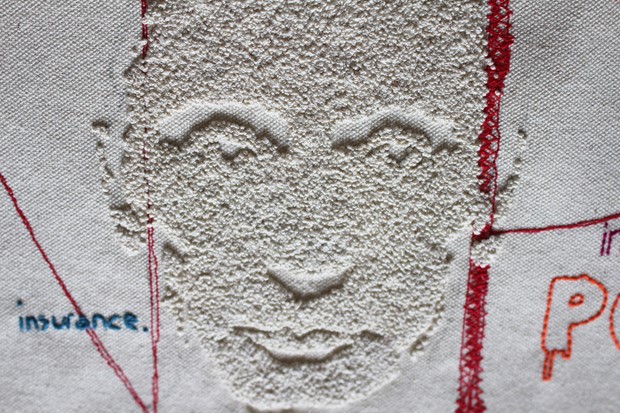 The Thing is not necessarily the final title for a year-long work of endurance embroidery.