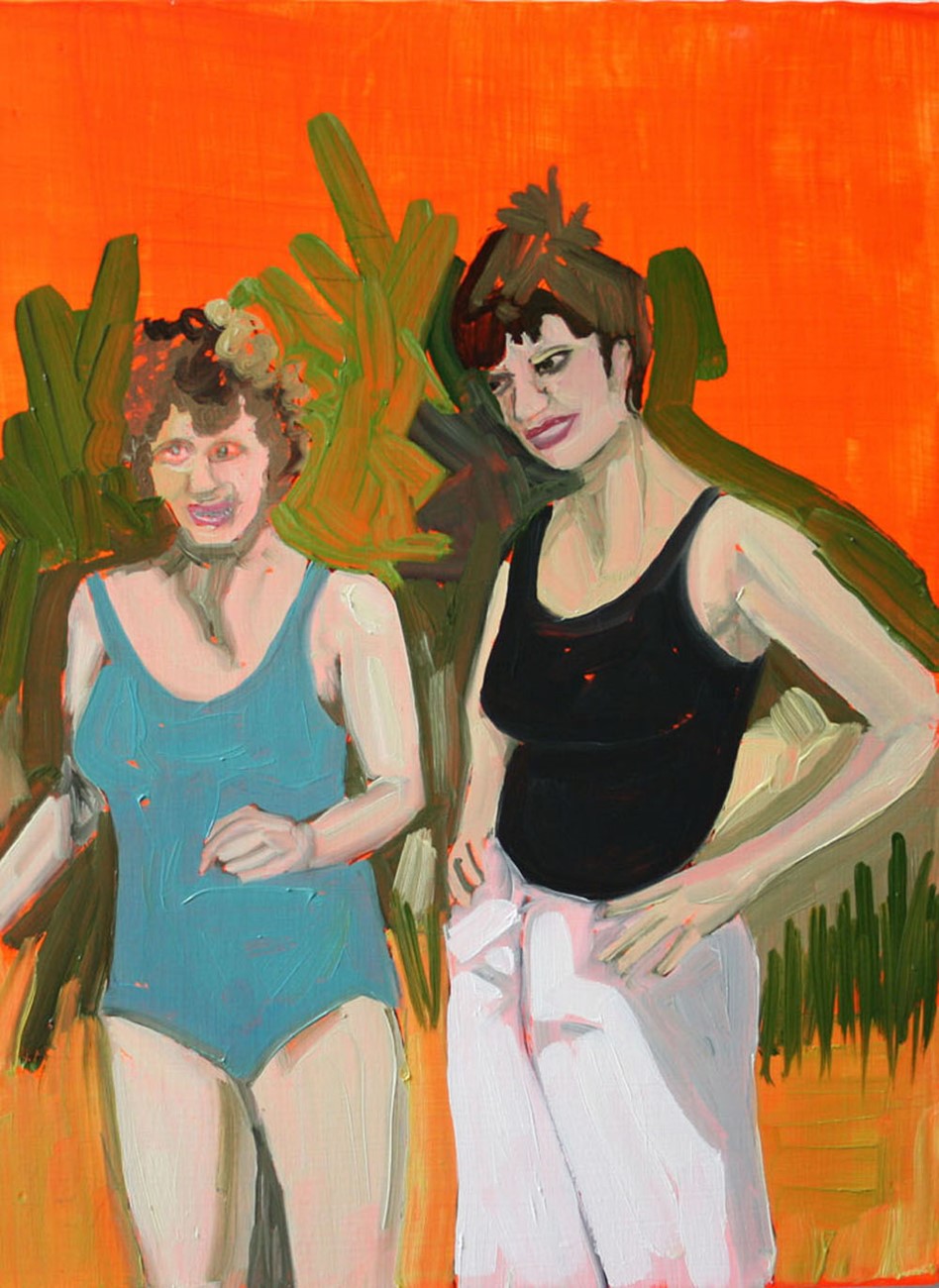 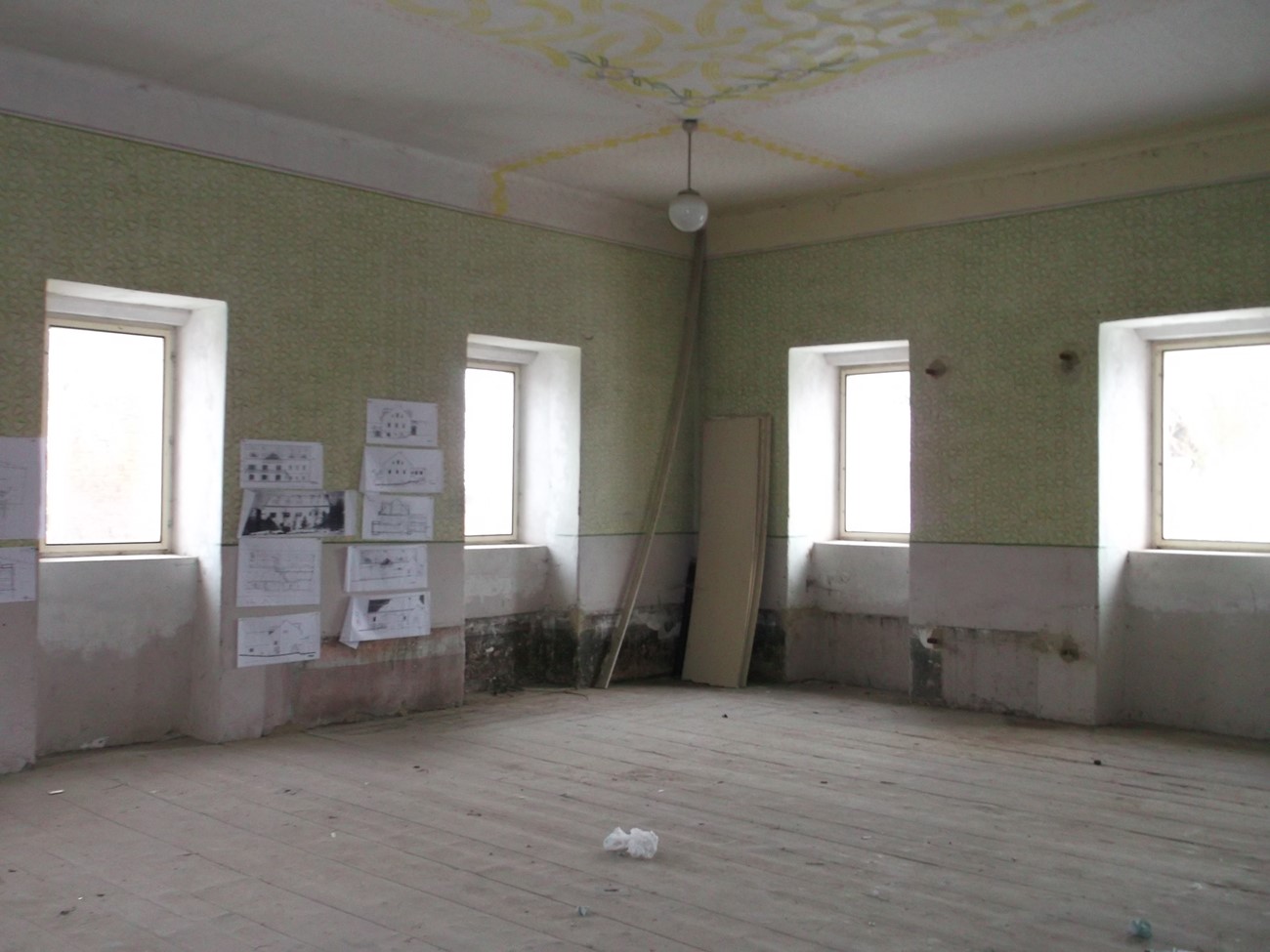 While in the Czech Republic, Josie will be making work and sharing news on her blog Twitter profile and Facebook page.

Myth, Magic or Matter of Fact, 2017 by Ehryn Torrell 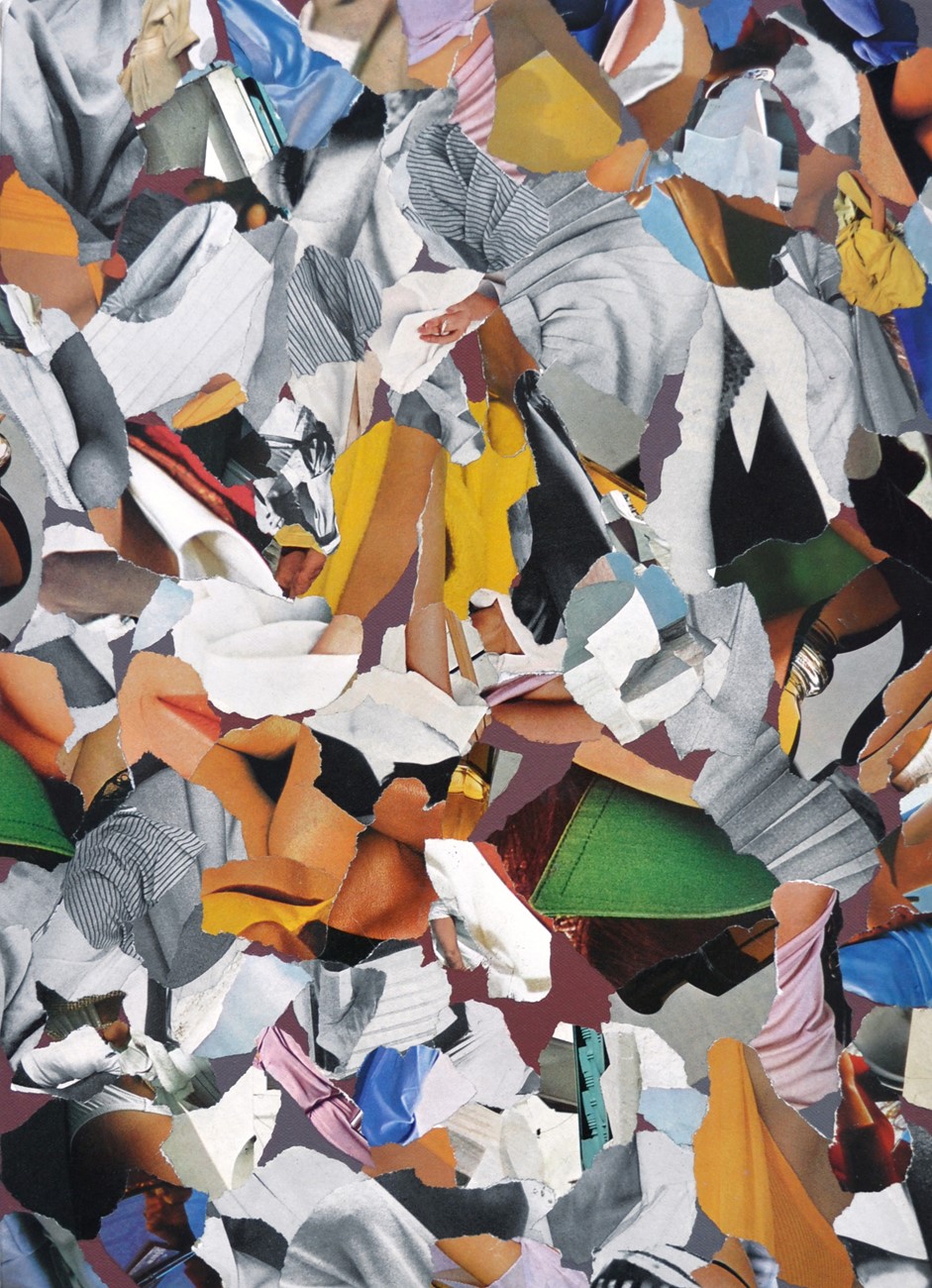 Acrylic and Collage on Canvas. This is from a series of works on canvas created from torn fragments of 1977 British Vogue magazine. Content is glimpsed and continuously morphs and folds into itself across the surface. Black and white images feature prominently against hits of saturated colour. Found images are used as a starting point for improvisation, referencing printed matter and its history. The title of each work in the series has been taken from the front page of the issue they are based on, suggesting parallels between past and present day political issues. 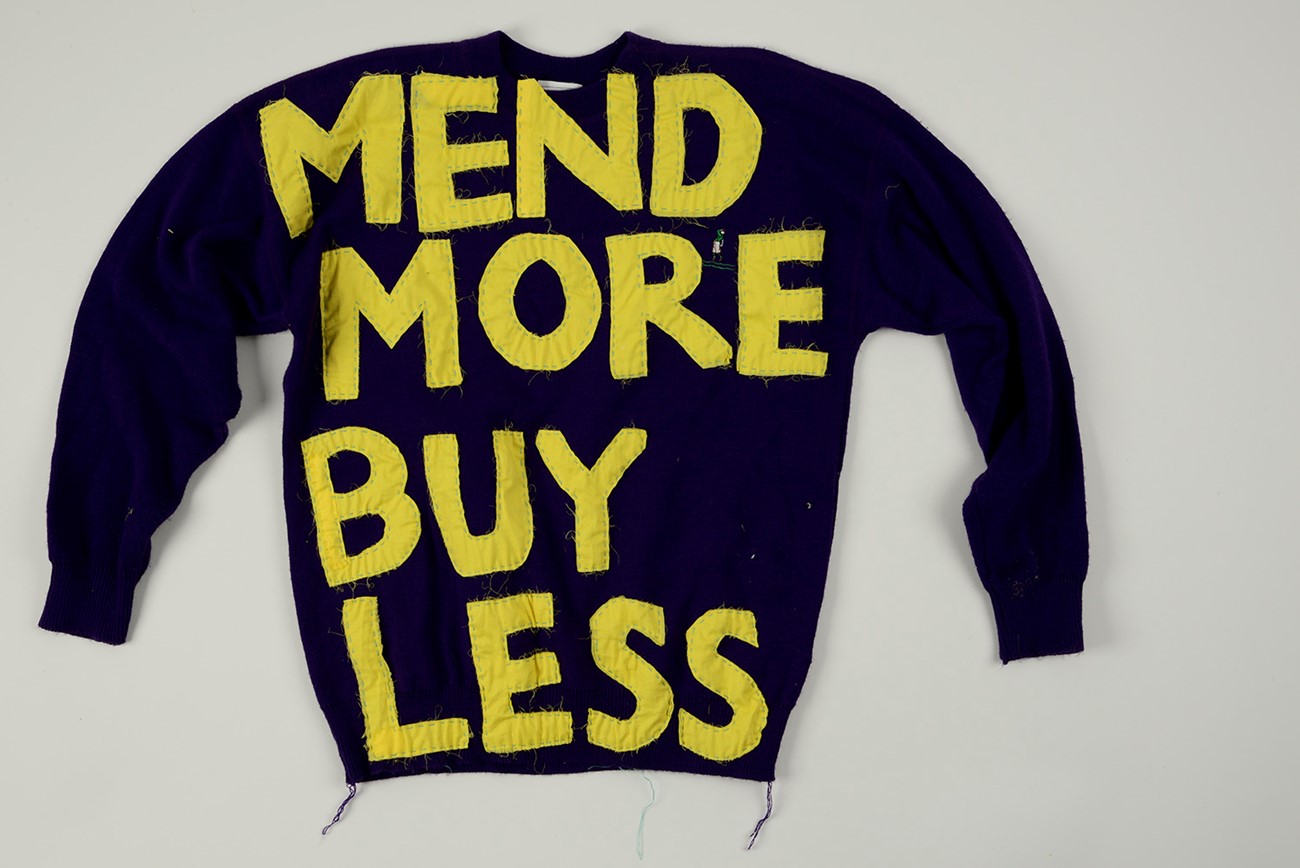 MEND MORE Jumper - purple, acrylic, large, and textual - is part encouragement and part disparagement. Its stance is political: overt, visible, legible, unmistakeable. Made as a placard for the Climate March 2015 it had to stand out from the babble of the crowd.

Having tried to wear it I realised I couldn’t – its acrylic body makes me uncomfortable but suits its purpose; it dries fast in inclement weather. The yellow lettering is cut from fabric scraps dug out from my stash, hand-stitched, patched, appliqued, not hemmed, not glued. It reads Mend More Bin Less, Mend More Buy Less.