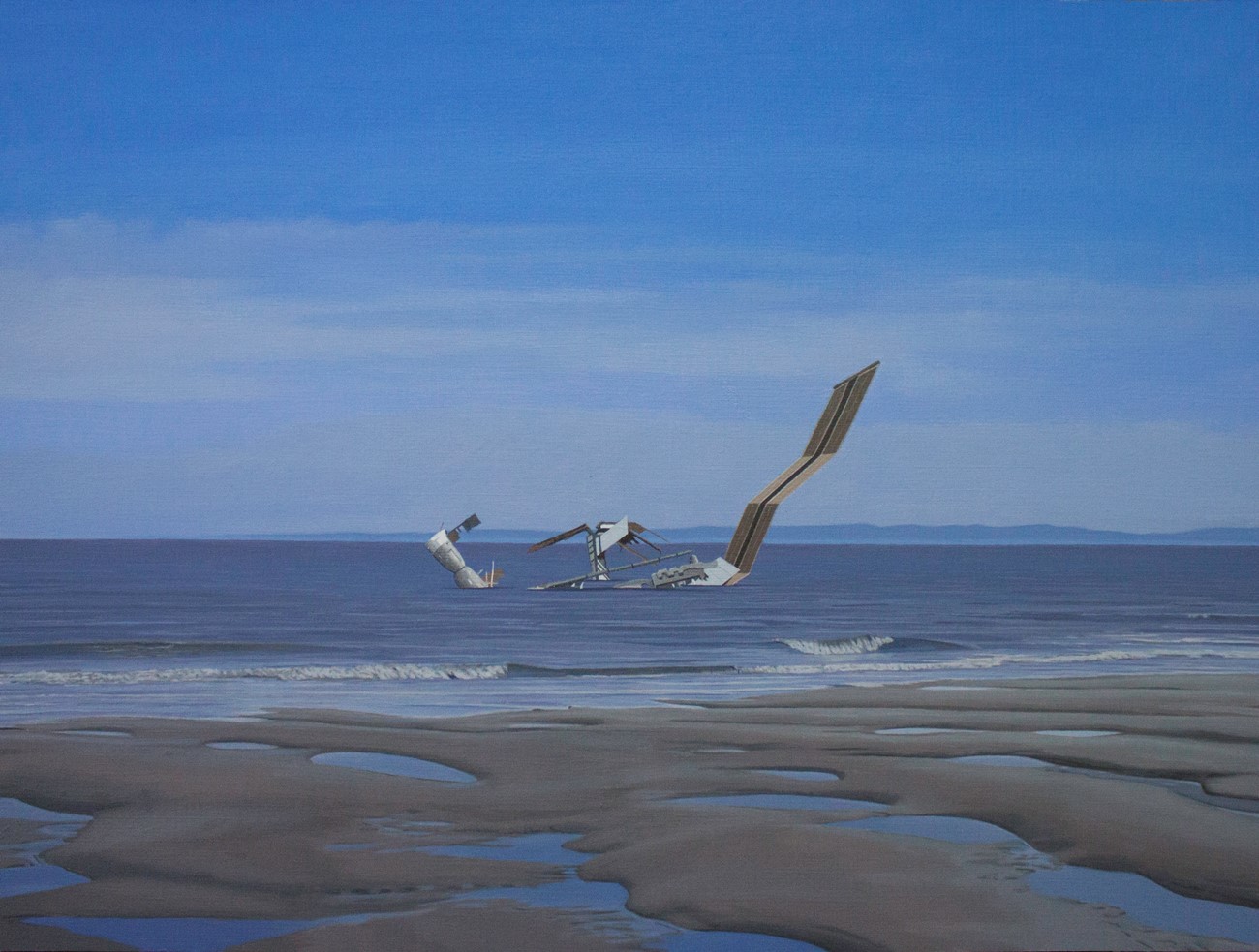 A painting of a crashed European Space Agency satellite in the Bristol Channel, 23 June 2016 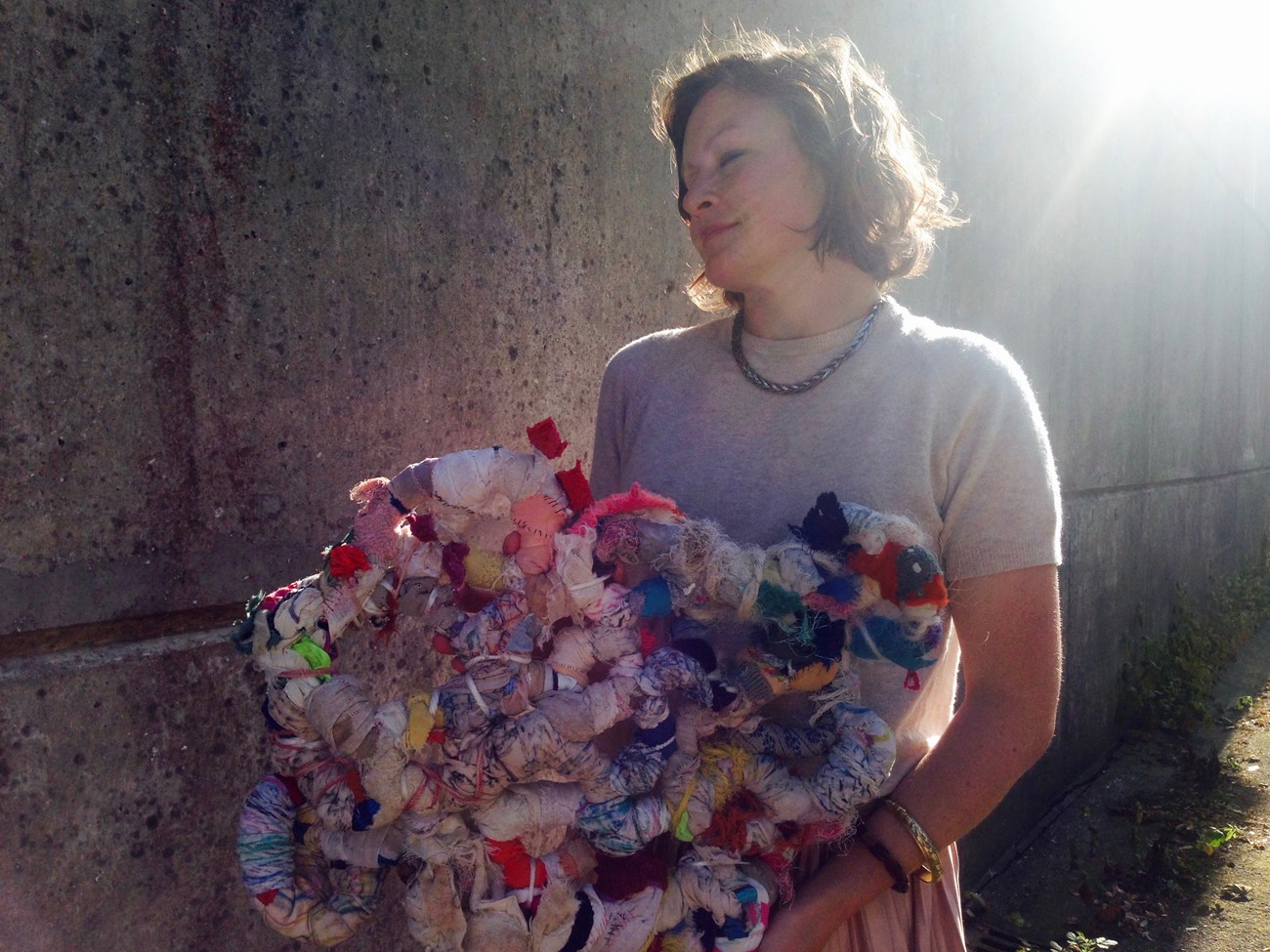 On 15th June, I was delighted to be given the opportunity to present the first instalment of a new work-in-progress ‘Recover and Flourish‘ to fellow artists Clare Blanca, Faye Golley, Marin Karakaya, Admire Ncube and Philippa Wall at Crit 12 at Performance Space in Folkestone, Kent.

Recover and Flourish explores my belief that it is possible to recover from a traumatic experience such as, in my case, domestic abuse, but that it takes a significant amount of time. The work considers the gradual nature of recovery through layering, mark making and stitch. 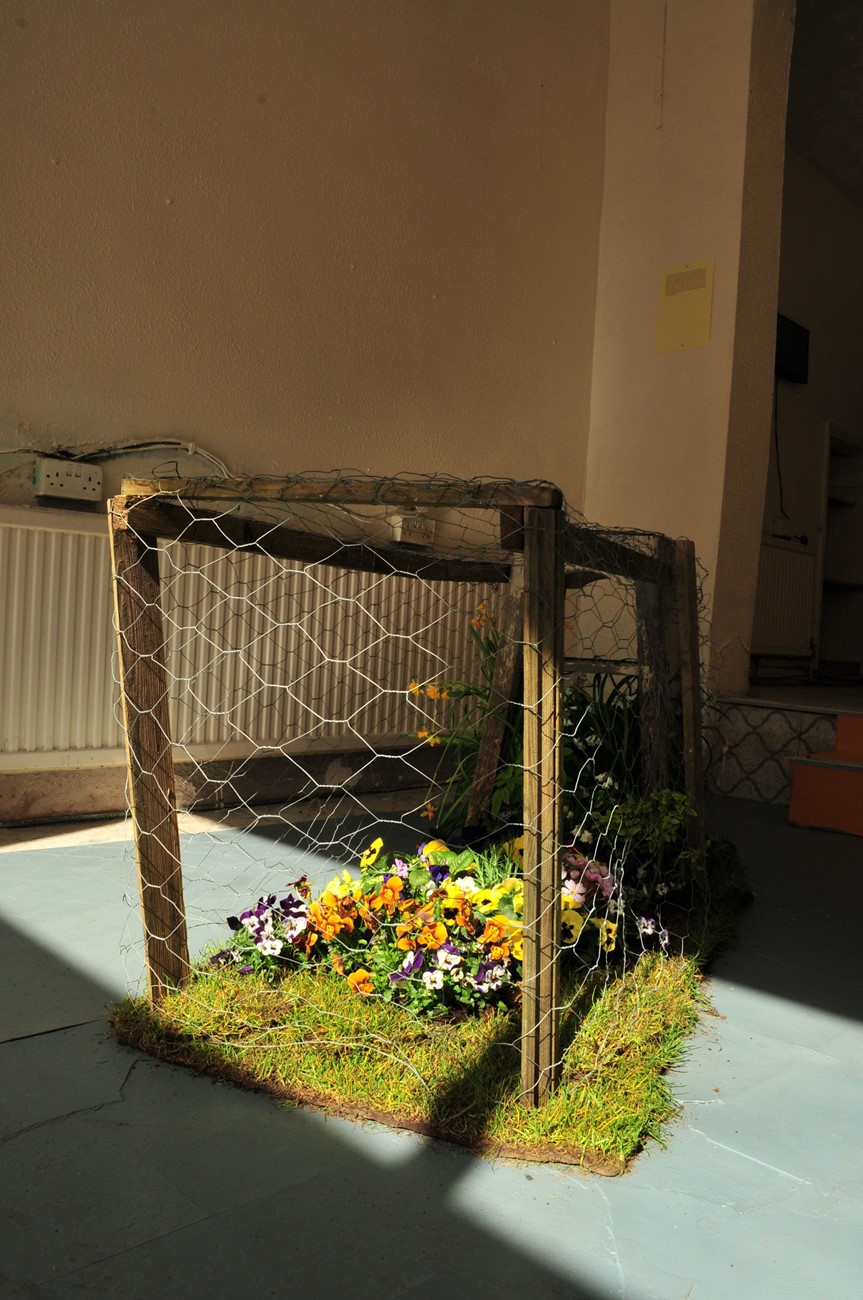 Exhibition in a disused petshop in Cardiff, curated by Clare Charles and Becca Thomas of madeinroath 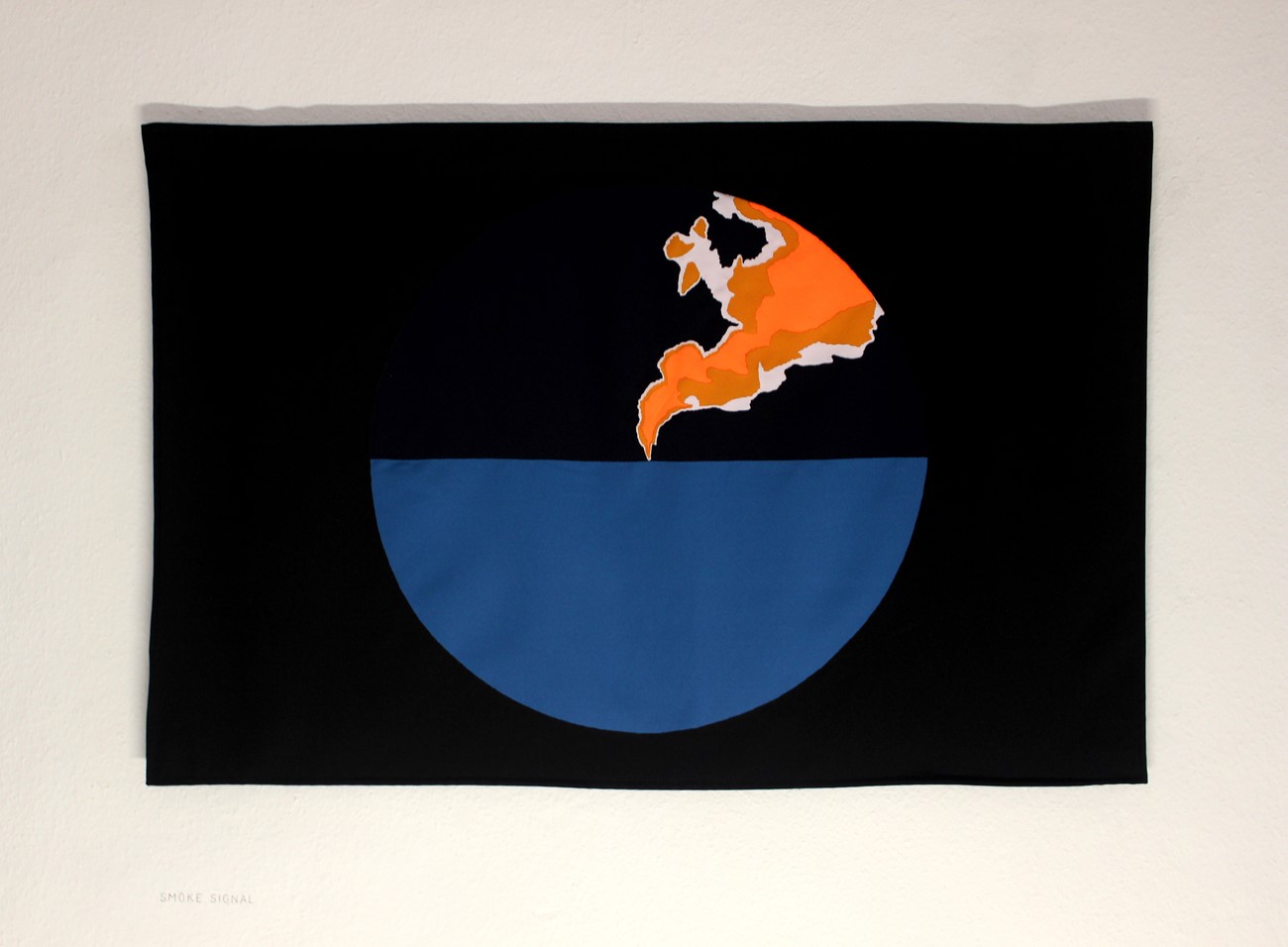 We were invited by Blam! gallery in partnership with East Street Arts to develop a set of works following on from our work ‘Out Of Bounds’ presented at 130 Vicar Lane, Leeds in 2016.

In a continuation of our investigation into barriers of movement and the conflicts of migration this exhibition was formulated from an observation of the current migrant displacement through the news and social media, questioning perception of and disconnections from the crisis.

“Like a fashion trend the media gives shock headline coverage of the migrant crisis but then quickly gets bored before humanising the individuals involved.” (Chris Woodward)

This Seasons Must Have focused on notions of hope, fear and tragedy, pushing the audience to question their own perceptions and their own fears.