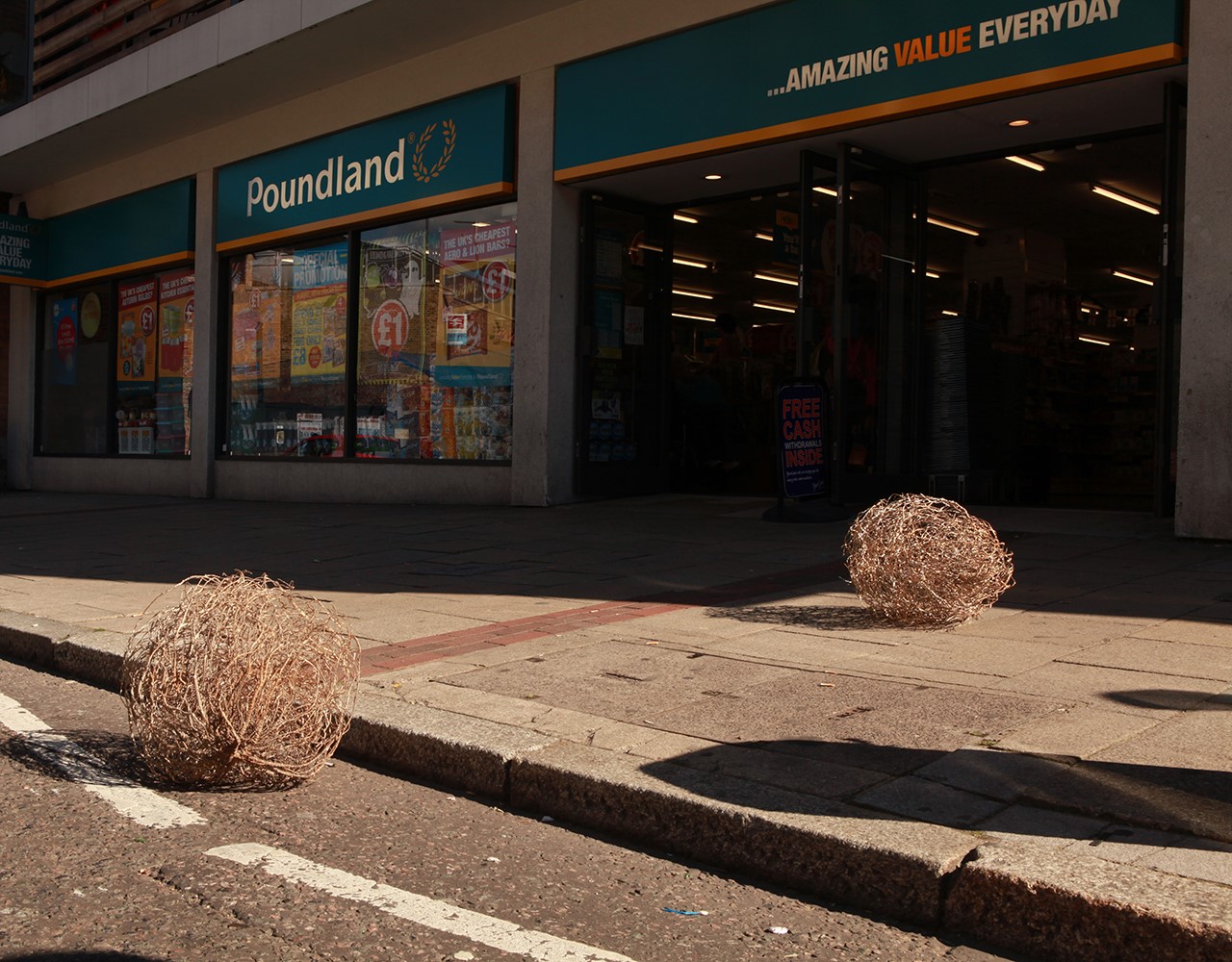 Regenerator (Utopia n) was produced for Deptford X: London’s Contemporary Art Festival in 2015. The tumbleweed sculpture is made from wire . The structural branching forms have been metalized with ‘fool’s gold’ in a vacuum chamber generating a futuristic, science fiction effect. Think of tumbleweed and it conjures up images of Western films, desolate locations, abandoned gold rush towns or tragic-comic emptiness and silence. Tumbleweed, in visual media, often appears where everything else has gone; the place is wiped out (i.e. nothing left but tumbleweed). If regeneration seems to kill a place, Regenerator (Utopia n) aims to offer something potentially more hopeful. The sculpture became an event, moving between various locations during Deptford X and aimed to raise questions and conversation about local development, regeneration and the speculators attracted to the area. Importantly, the work played out an alternative, another kind of speculation, one focused less on capital; to speculate is after all a creative act of imagination and ‘dreams are made of this’. *
*Squeeze lyrics 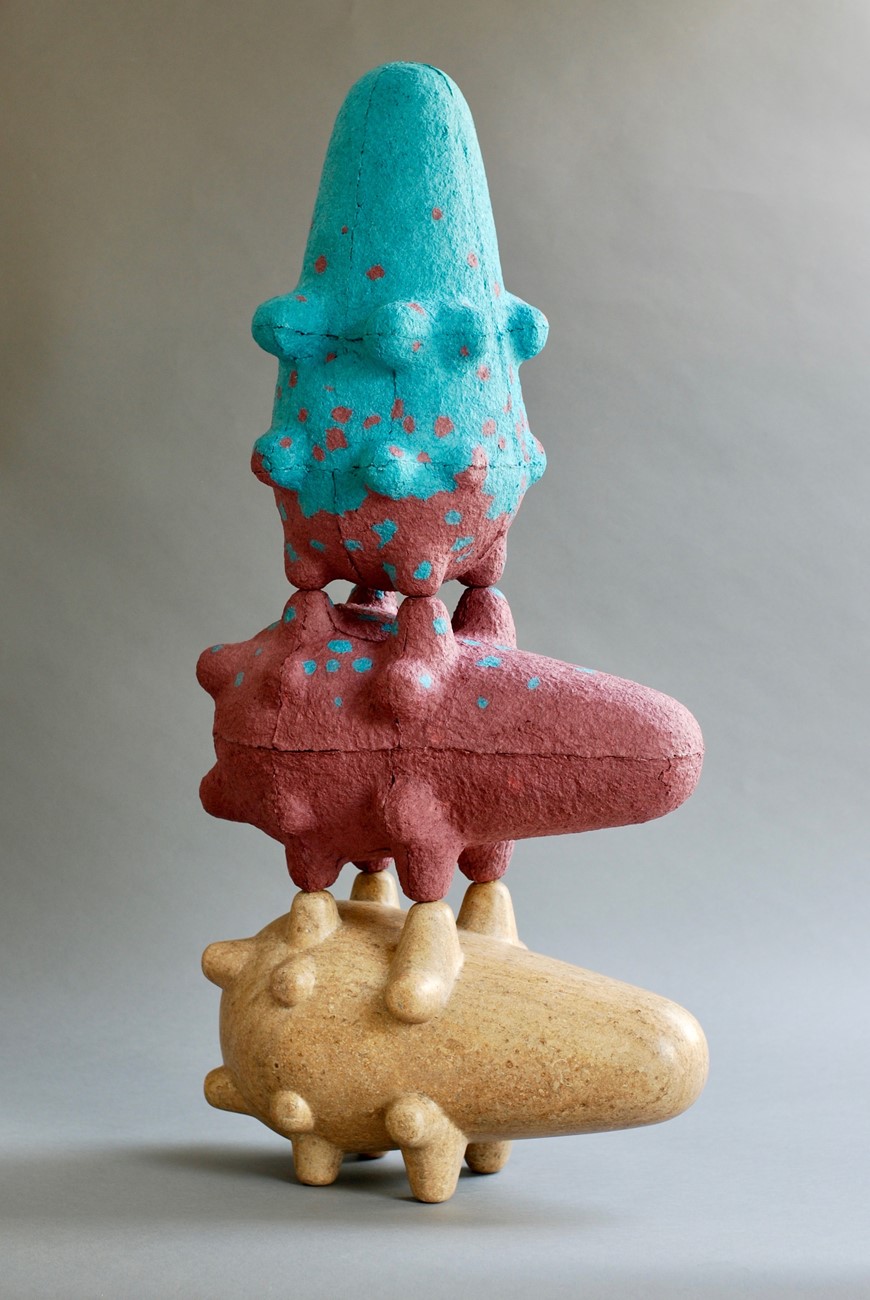 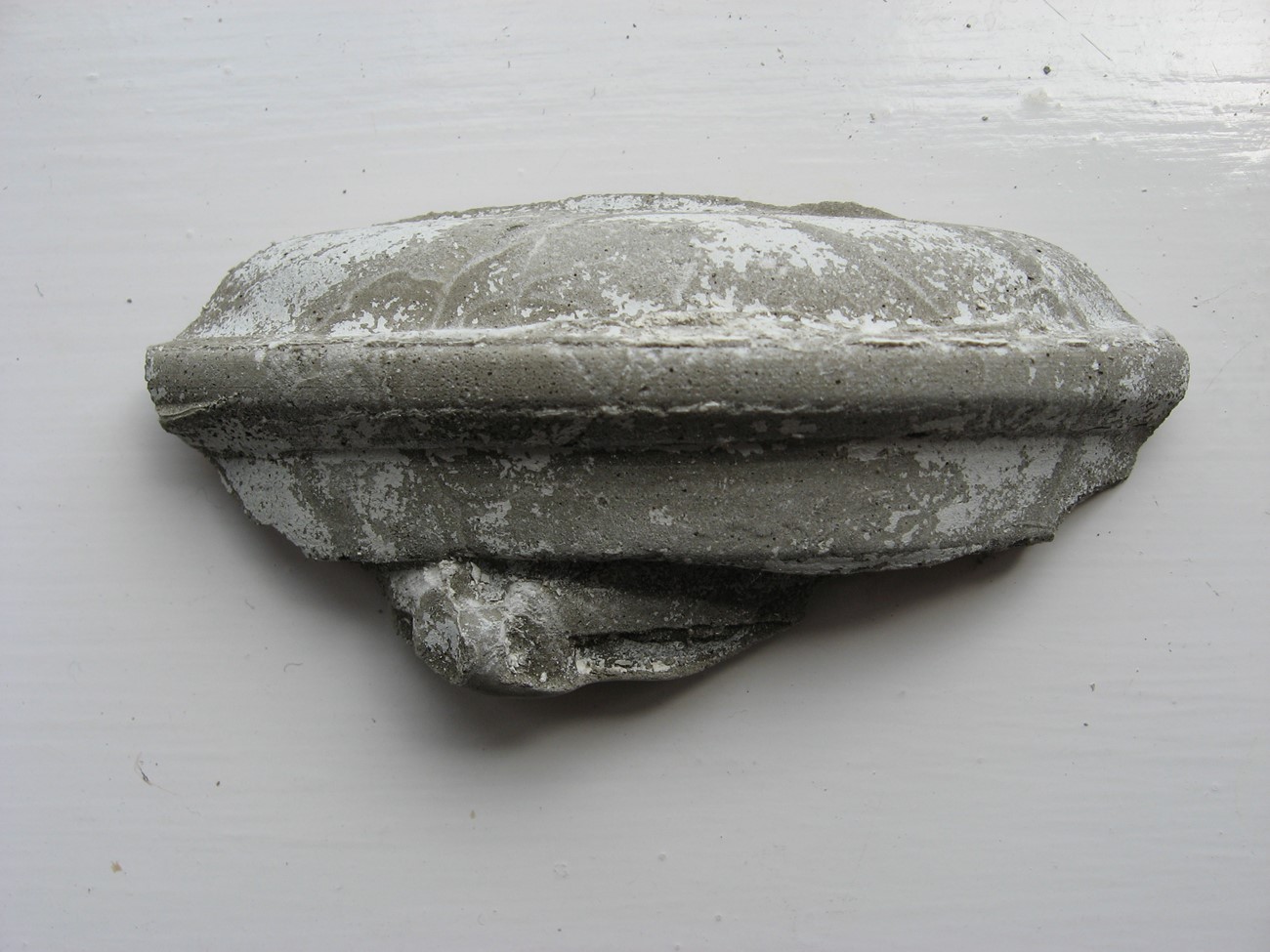