The Deceptive Gift, 2017 by Amelia Beavis-Harrison 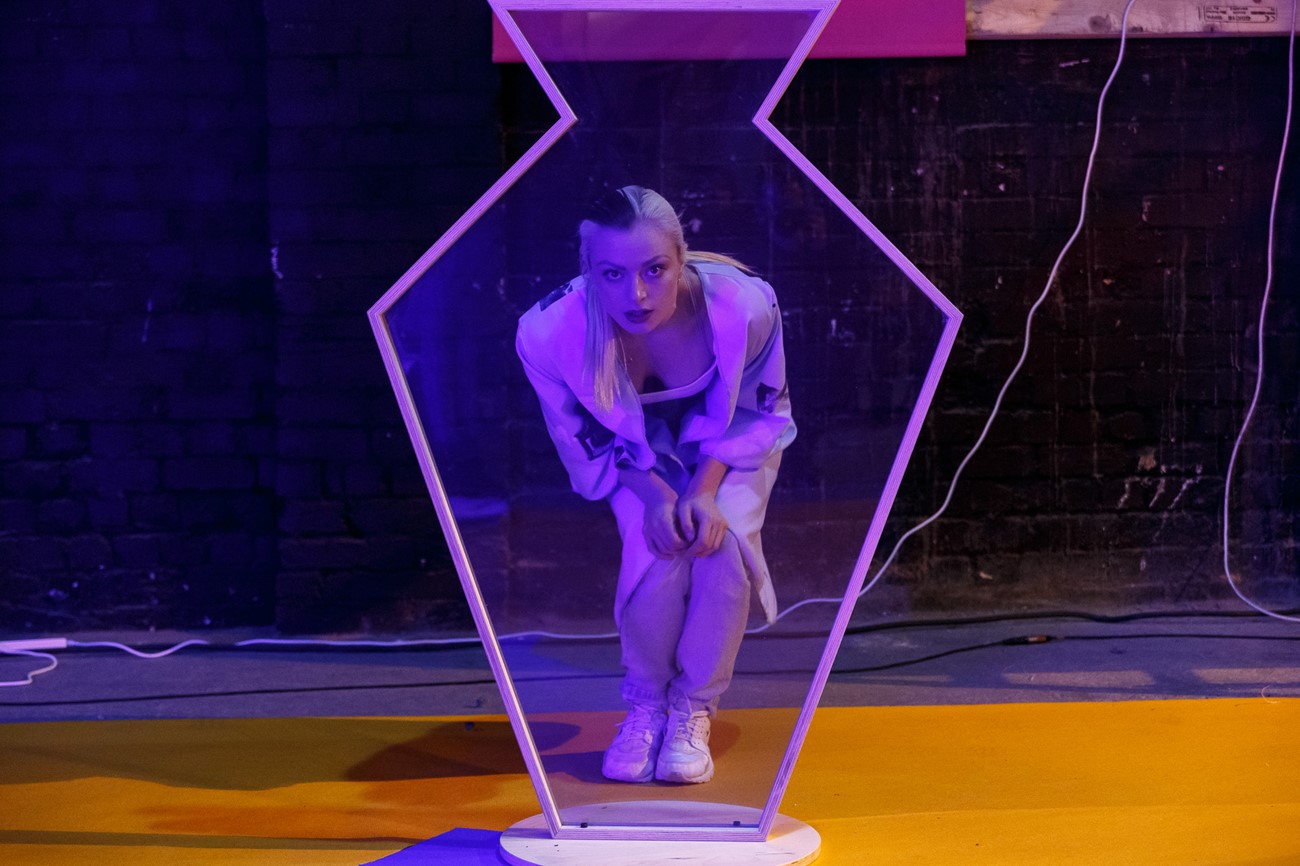 The Deceptive Gift was developed whilst working with five women from the Black Country who have in some way broken expectations to pursue their careers within male dominated industries. The piece celebrated female empowerment by incorporating dance, spoken word, cooking and dhol drumming as a form of storytelling. The motif of the vase appeared through all elements of the work as a symbol of a woman as viewed from a patriarchal perspective. The work actively challenged the motif as a way to break or reclaim the symbol as a form of empowerment.

Traces of the women that inspired the work are found within the performance, they include; Parv Kaur the first female dhol drummer in the UK, Nitisha Patel an award winning chef, Laura Howell the first female illustrator for the Beano, Lauren Johnson the first women to earn a wage from boxing in the Black Country, Hanifa McQueen Hudson the UK’s first B-girl. 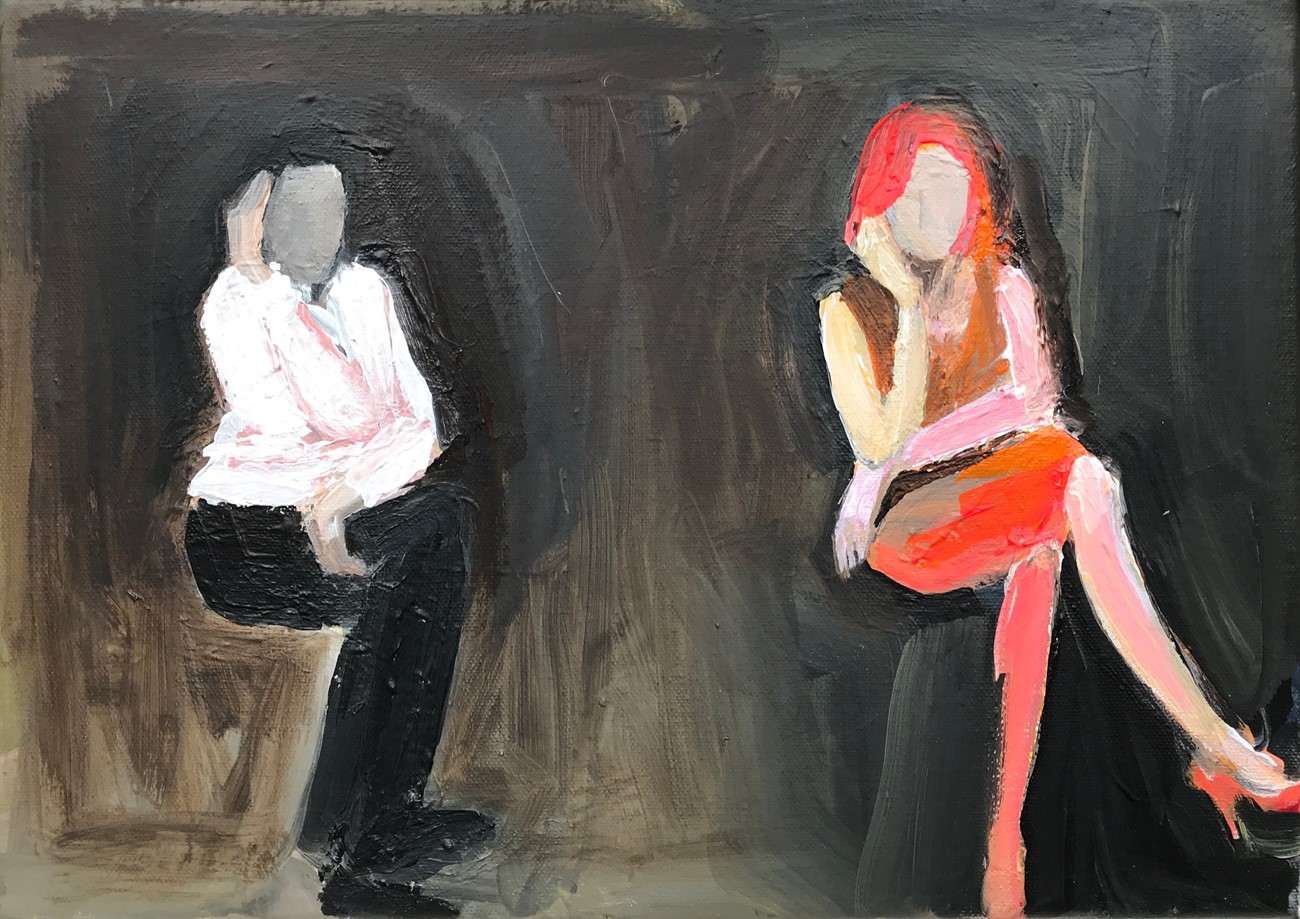 Acrylic on canvas.
The body language says it all, an argument, a disagreement and the tightly crossed arms and legs reveal the interplay between the couple.

A series of Cairns. The ‘rocks’ in this particular cairn were found at Freshwater Bay, West Wight, intermingled with flint and chalk pebbles on the beach, broken off from both C19th and C20th cast cement and shingle sea-defence blocks, in various past attempts to hold back the eroding power of the sea.

They evidence the years of being worn down, of being reclaimed from the manmade by natural forces, being smoothed round as they are gradually and patiently being reduced.

The assembled cairn forms stem from an interest in the process of selecting, filtering and stacking as an instinctive human sculptural/material response – the cairn as a physical marker of ‘objects marked’, in and of a place. 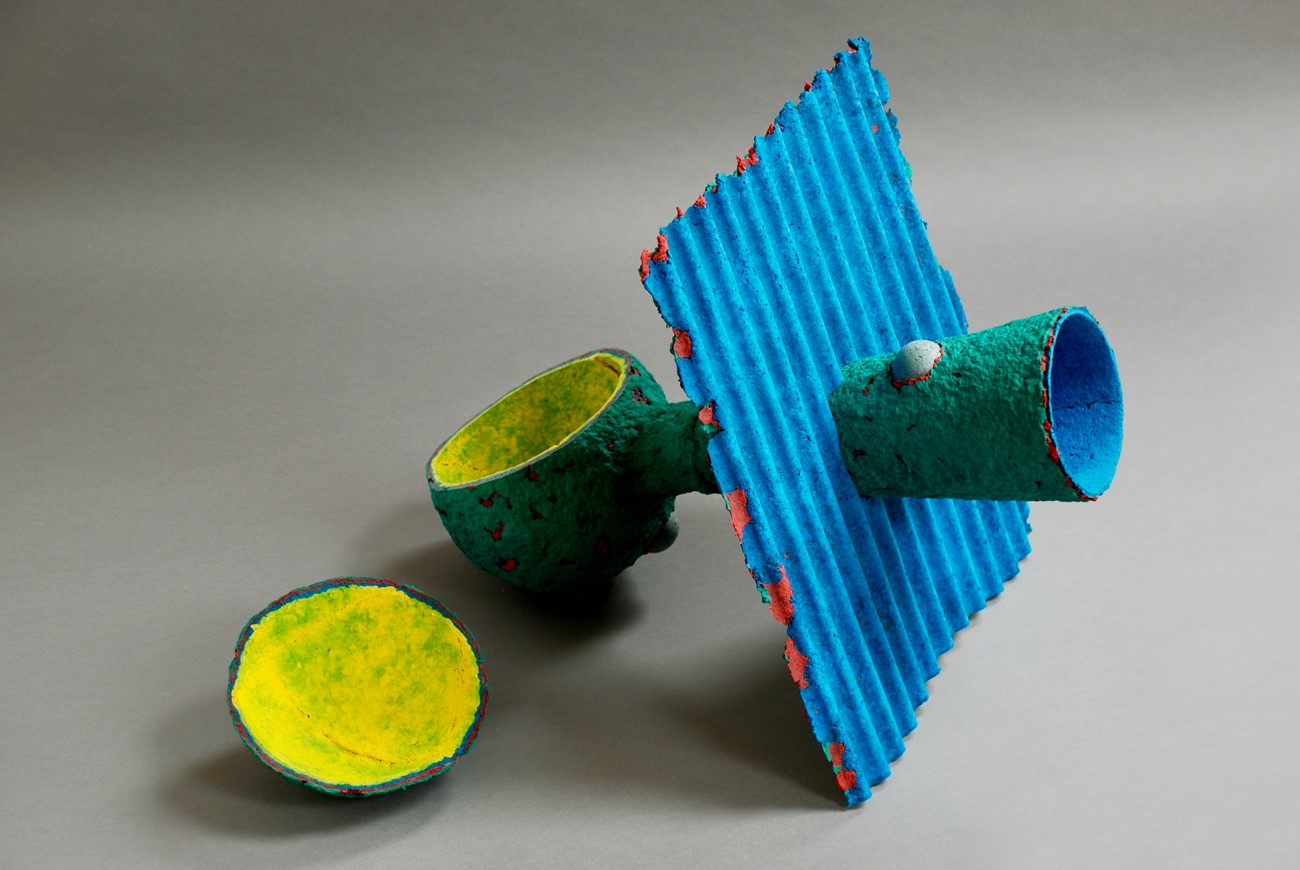 A polychromed paper pulp sculpture from the Cauldron Series concerned with aspects of light.