The Institute for the Investigation of Justified Knowledge, 2016

To know anything, we must go through a series of experiences that start with an opinion, to a belief and finally to justified knowledge. One can have an opinion about an event but cannot lay claim to certain knowledge unless that knowledge can be justified. This justification happens when it is tested and greater knowledge creates better certainty about it.

The Institute will is a research centre for exploring events and unexplained phenomena that will attempt to gain justified knowledge. The Institute gathers information about uncertain events, events that people have experienced but cannot justify. The Institute collects eyewitness testimonies, images, newspaper articles and other paraphernalia relating to various phenomena. These documents will be a mix of fact and fictional events blurring the boundaries between the known and unknowable.

The beaurocratic workings of the Institute form the basis of the work, e-mails, minutes of meetings and correspondence are included in the research. The existence of the Institute looks to create a sense of validity and official importance to the investigations, a sign of validation to the claims of people from across the globe.

The first investigation explores the existence of Bigfoot.

Commissioned by Scaffold Gallery for the exhibition The Great Unanswered Vol III in relation to the question How Can We Know Anything?

Full body of research can be seen at www.roryduckhouse.com

The Psychic Research Foundation was a non-profit making body which investigated the relationship between electromagnetic radiation (EMR) and psychic experiences and phenomena (collectively referred to as PSi).

At the time of its inception, the physiological effects of EMR were becoming relatively well known (see for example the UK Government's Stewart group report). The Psychic Research Foundation sought out to investigate what, if any, psychological impact there might be from high levels of exposure.

It undertook a series of systematic surveys of the incidence of psychic experiences in the Bristol area and mapped these against electromagnetic radiation interference information.

Following media exposure, the Foundation conducted interviews with individuals who had experienced various psychic phenomena including seeing ghosts, ufos and being abducted by aliens or military intelligence.

Some of these were published on line and discussed in a lively forum.

The site continues to exist as a ghost site 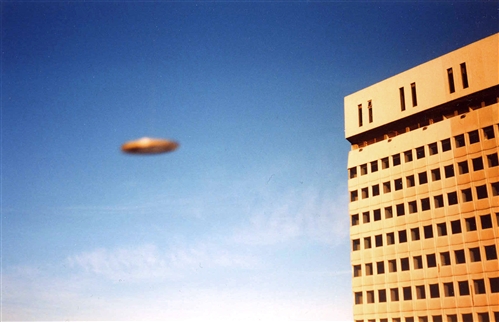 According to Richard Holmes, Friedrich Schelling’s theory of Naturophilosophie speculated that “all physical objects “aspire” to become something higher... so carbon for example “aspires” to become diamond; plants aspire to become animals; animals aspire to become men…”

Artist Andy Holden in his Laws of Motion in a Cartoon Landscape says "maybe there is no such thing as an inanimate object".
Trovants – apparently these are “Growing Stones: An Incredible Geological Phenomena”. According to my research, in a small Romanian village named Costesti, there are some fascinating and mysterious stones, called trovants, which are believed to have a life in them.
A chance encounter with a dead frog reminds me of the connection between electricity and life and the work of Luigi Galvani who experimented with the effects of electricity on dead tissue, famously making dead frogs' legs kick in response to electrical charge.
Richard Dawkins, talks about "the unlikely accident" of the formation of a molecule that could create copies of itself which might result in a living organism. He says "In the lifetime of a man, things that are that improbable can be treated for practical purposes as impossible... But in our human estimates of what is probable and what is not, we are not used to dealing in hundreds of millions of years." Interesting to explore seemingly absurd propositions which, although improbable, may not be as impossible as they seem.
My Improbable Experiments With Growing Stones have evolved from a period of research in which I have been considering our understanding of “life” as a biological process as well as a state of being. I am interested in the history of science and the endeavours of scientists throughout the ages to understand “the spark of life” – i.e. the crucial element that causes some things to be “alive”. Alongside this historical context, I am also interested in exploring the impact of contemporary science on our understanding of what life means in the 21st century when scientists can create and manipulate living things and we live in an era of synthetic biology, bio-engineering, intelligent materials, cloning and gene therapy, suggesting that one day, maybe nothing will be impossible.
Following my research of Schelling's theory, Holden’s proposition, Trovants, Galvani’s frog and Dawkins’ thoughts on probability and possibility, I've been trying to offer the opportunity for some ordinary stones to make the leap in status Schelling suggests, to become living, growing beings. Improbable Experiments With Growing Stones is an installation which contains evidence of my experiments. 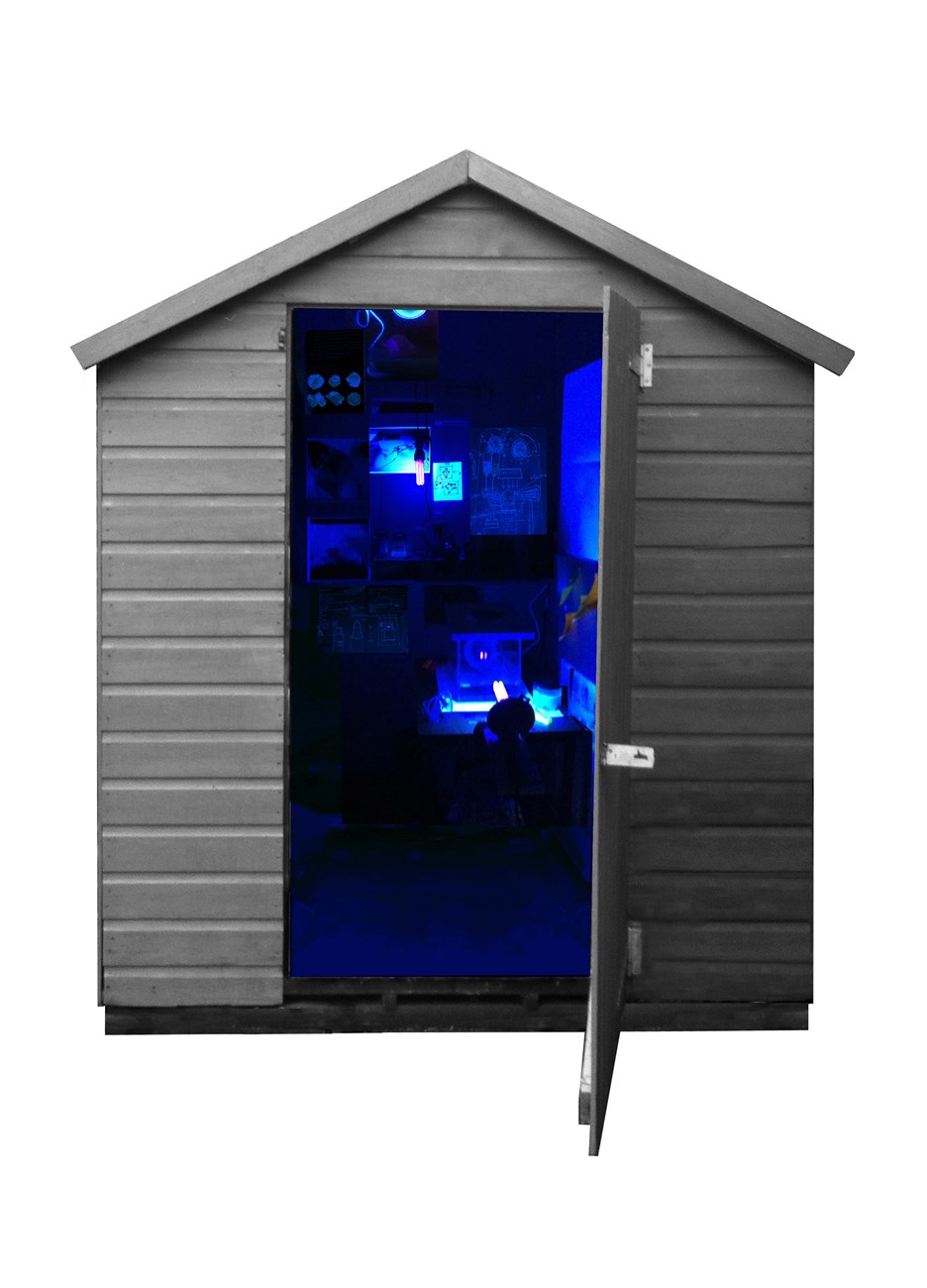 An investigation into the nature of shadows and echoes

When I was a child I believed in shadows. I believed they copied us deliberately, and played tricks on us, the way they stretched out or hid secrets deep within them.
I listened to echoes then, the way they whispered or made the walls call back.
I always thought if I could turn around fast enough I would catch my shadow, like it was an echo of myself.
I thought that echoes never stopped, and wanted to go on listening to them as they got smaller and smaller, like watching a balloon float up into the sky, beyond where it becomes a dot, when you know you are still looking at it, only you can’t see it.
Looking, hearing, seeing, listening.
Light + dark = shadows
Sound + surface = echoes
In this short, quite last minute of the year residency, I would like to investigate shadows and echoes, to record, play and project them, to draw shadows with visitors, and to ask them questions about what they believe shadows and echoes are. I would like to get to know the echoes and shadows in the crypt – I wonder if there are special ones there? Can their nature be manipulated? Do they have secrets to divulge? Can I take one of the shadows home with me? Could I frame an echo?
Shadow: a dark area where light from a light source is blocked by an opaque object.
Echo: a sound or sounds caused by the reflection of sound waves from a surface back to the listener.
I aim to come up with better, more fitting, definitions for these mysterious, evocative, nebulous phenomena, something that conveys their poetic and imaginative potential and their subtle presence in our psyche and cultural history. 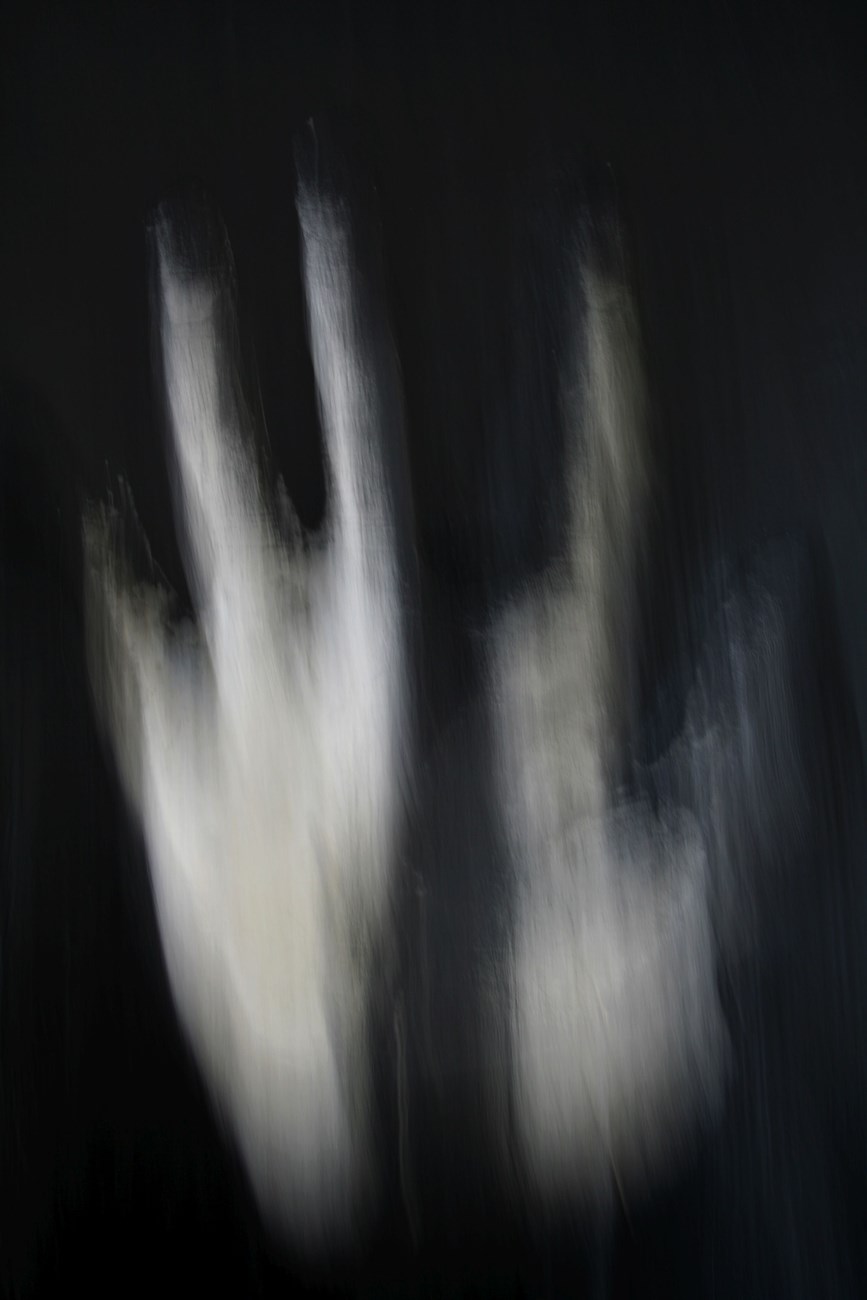 Philip Yancey used to obsessively write letters to the Ministry Of Defence. But since the MOD have made these correspondence available to the public under the Public Information Act, Philip has been looking for other means by which to deal with his obsession.

Elements of the stories and 'facts' that he tells are clearly made-up and hoaxed, but what is unclear is how much Philip believes his lies. 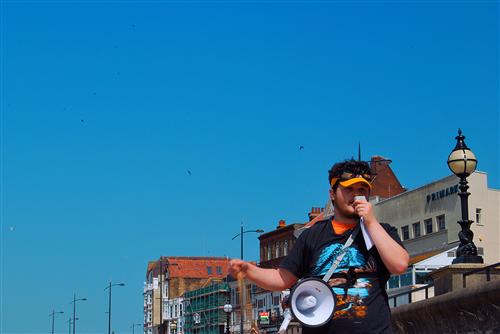