New series of works looking at the overlooked edges of our landscape .I have been drawn to the 'lost' part of our landscape..the areas on the edges of our roads, railways and industrial areas we often miss simply because we pass and not really look at them. Environmentally of value in our increasingly built upon and urbanised spaces. Some of this work is currently featured in Visions Art Museum, San Diego and will also feature at Festival of Quilts with Art Textile Made in Britain. 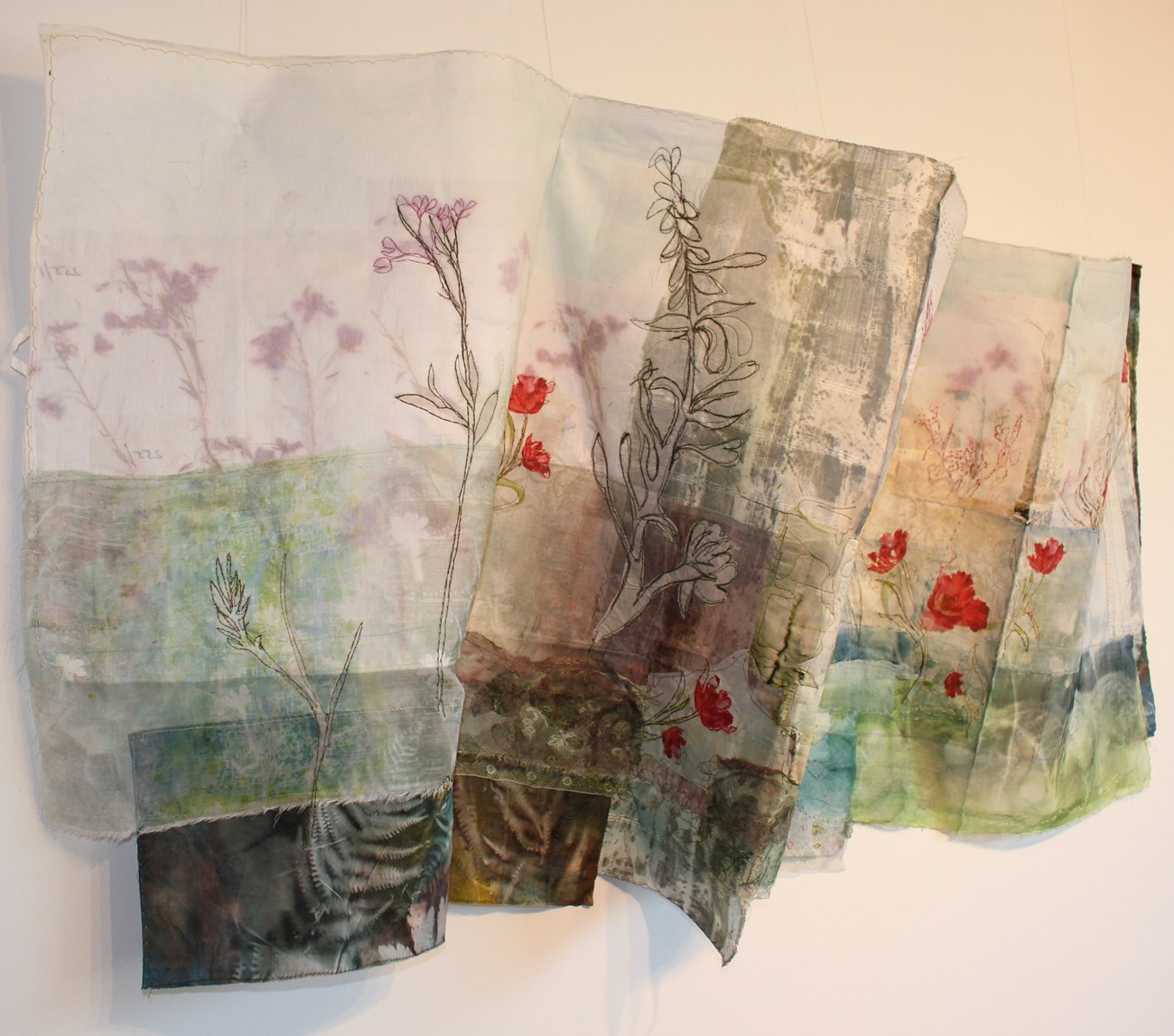 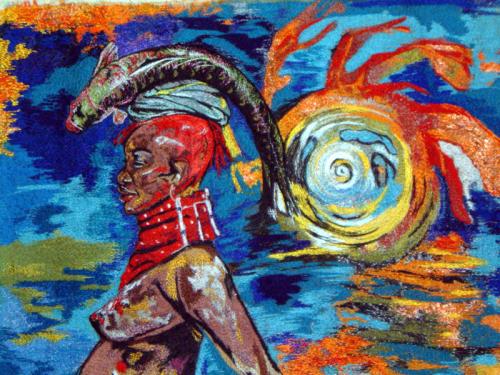 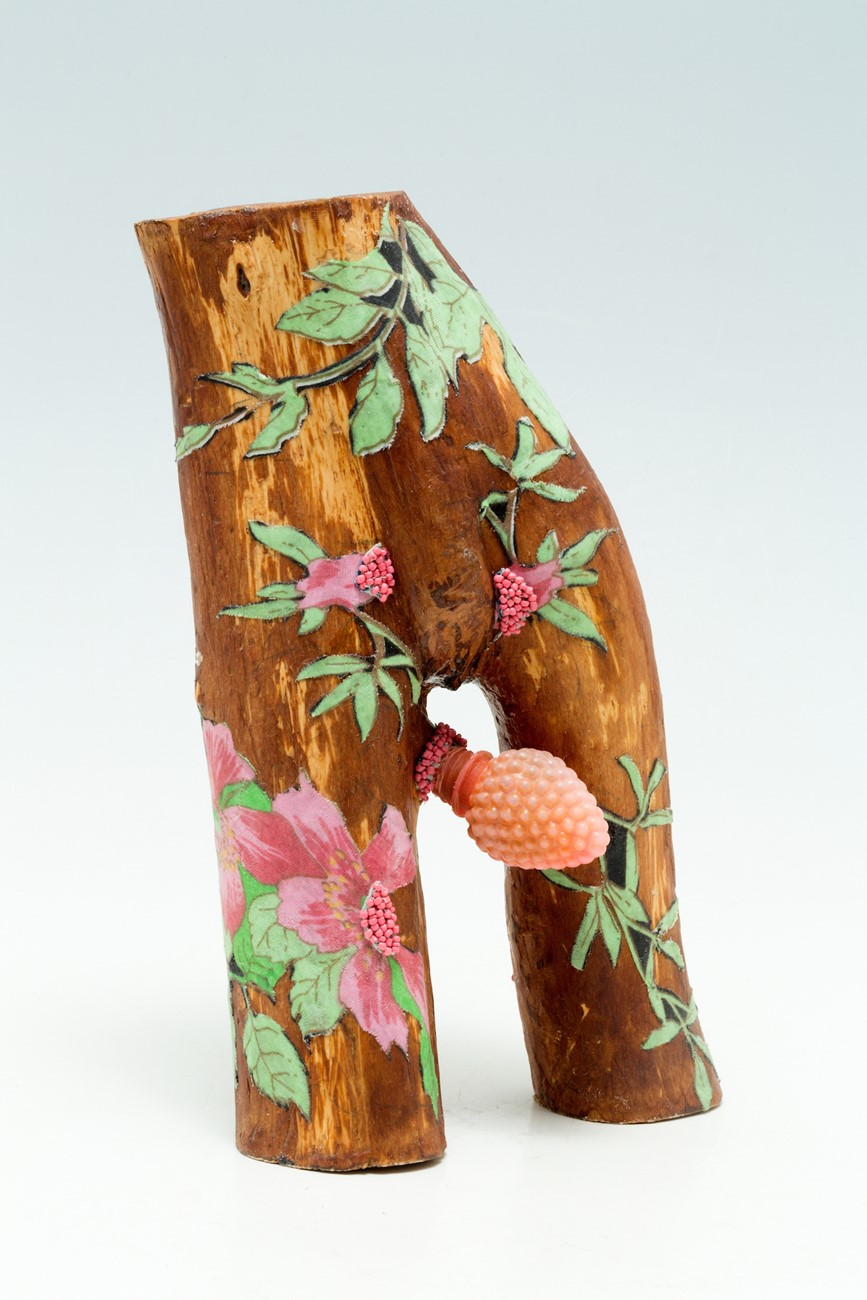 Approx. 4 km of silk thread attached to two acrylic glasses by about 10,000 knots.

This piece consists of nothing but silk and light: it is cyanotype (a photographic process) taken into the third dimension.
The white sphere is cyano-printed into the body of silk threads. Saturated with the light-sensitive solution, the entire sculpture was exposed to sunlight and has thus been ‘printed’ by the sun. 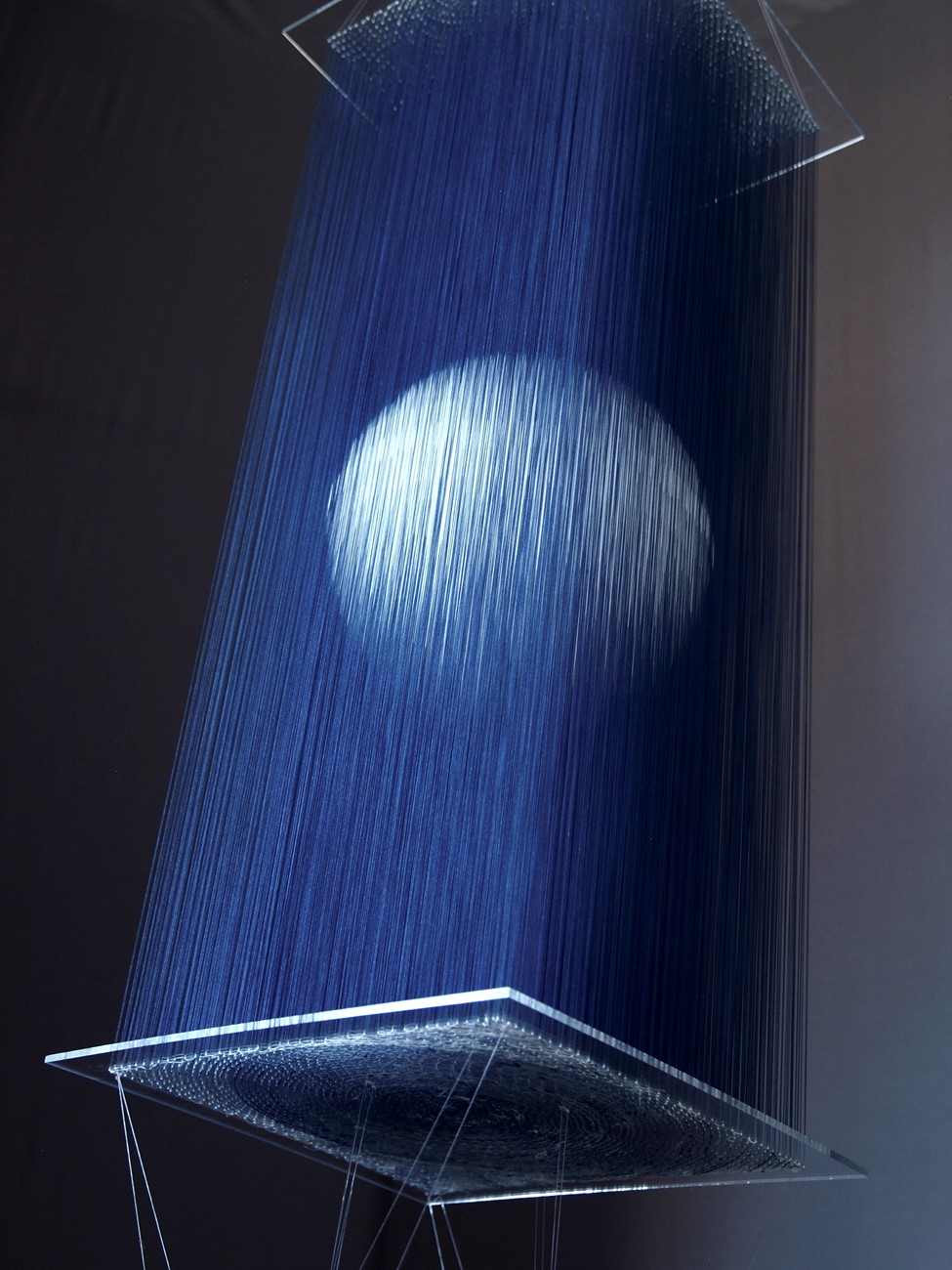 The Impossible Art Of Juggling, 2005

The frustration of trying to keep so many things in the air at once and still keep an eye out for those who seek to unbalance you. 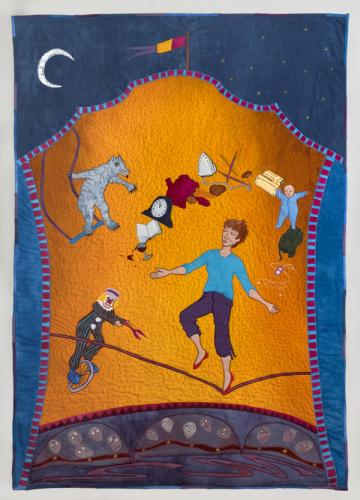