With the 'loudhailer' he addresses the crowd with his political rhetoric - printed in firey red pinks The colour of passion, of energy, of a certain vitalness a MrTommy Sheridan [no blood for oil - against the war campaign] who becomes entangled and ensnared in newspaper scandal and emprisonment 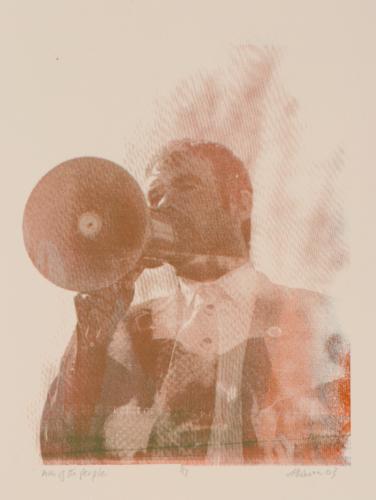 "Easy Listening as Art Practice" in my guise as vintage crooner Giuseppe Marinetti - politics meets vintage swing and latin in a radical collage. This suite of five songs (plus a bonus track) accompanies a catalogue printed on 190 gsm uncoated paper.

Produced in a limited edition of 50 plus 5 artist proofs.

"What a GREAT singer Joseph Young (AKA Giuseppe Marinetti) is… we love his new album. Move over Matt Monro." - @Axisweb 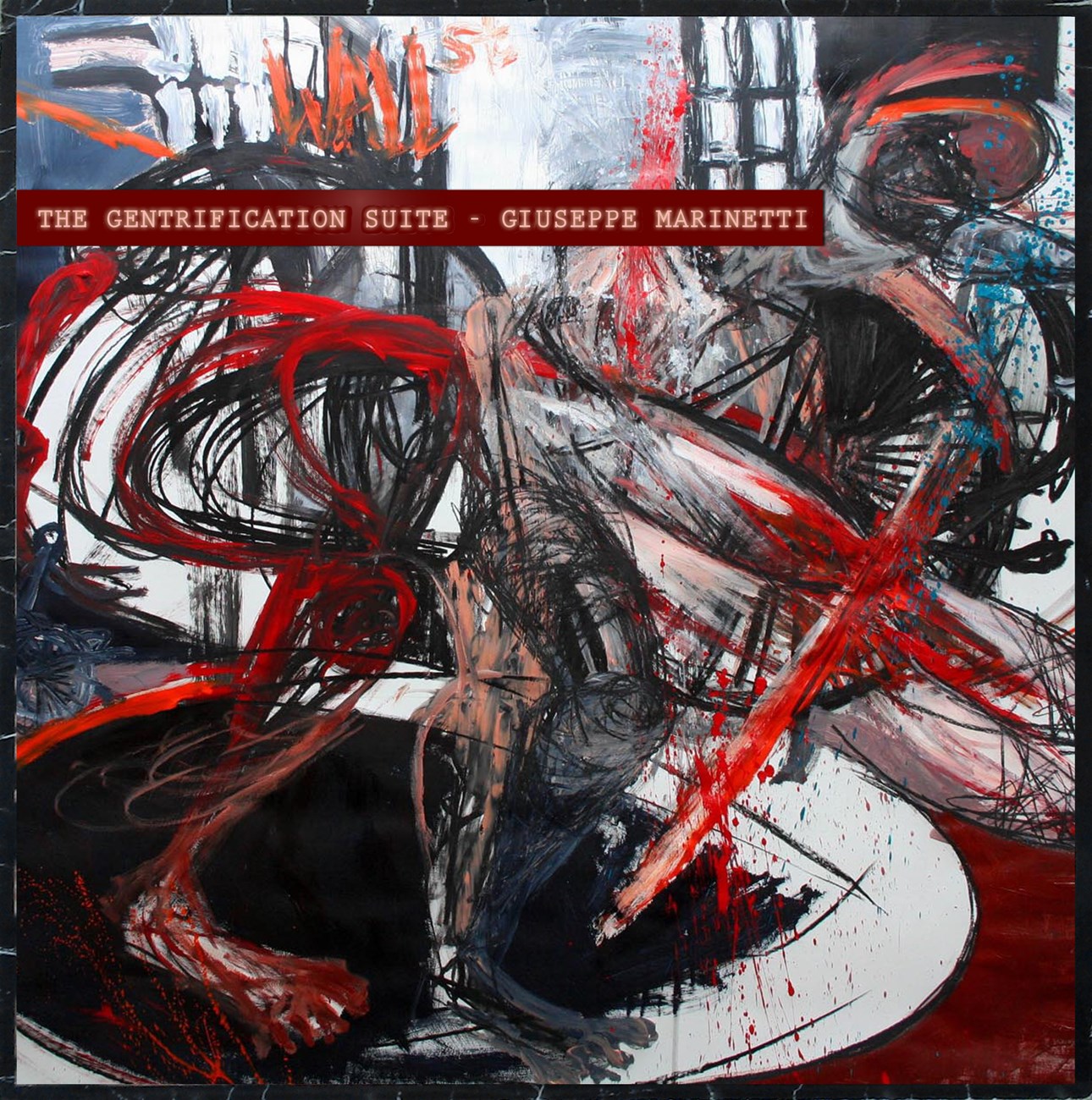 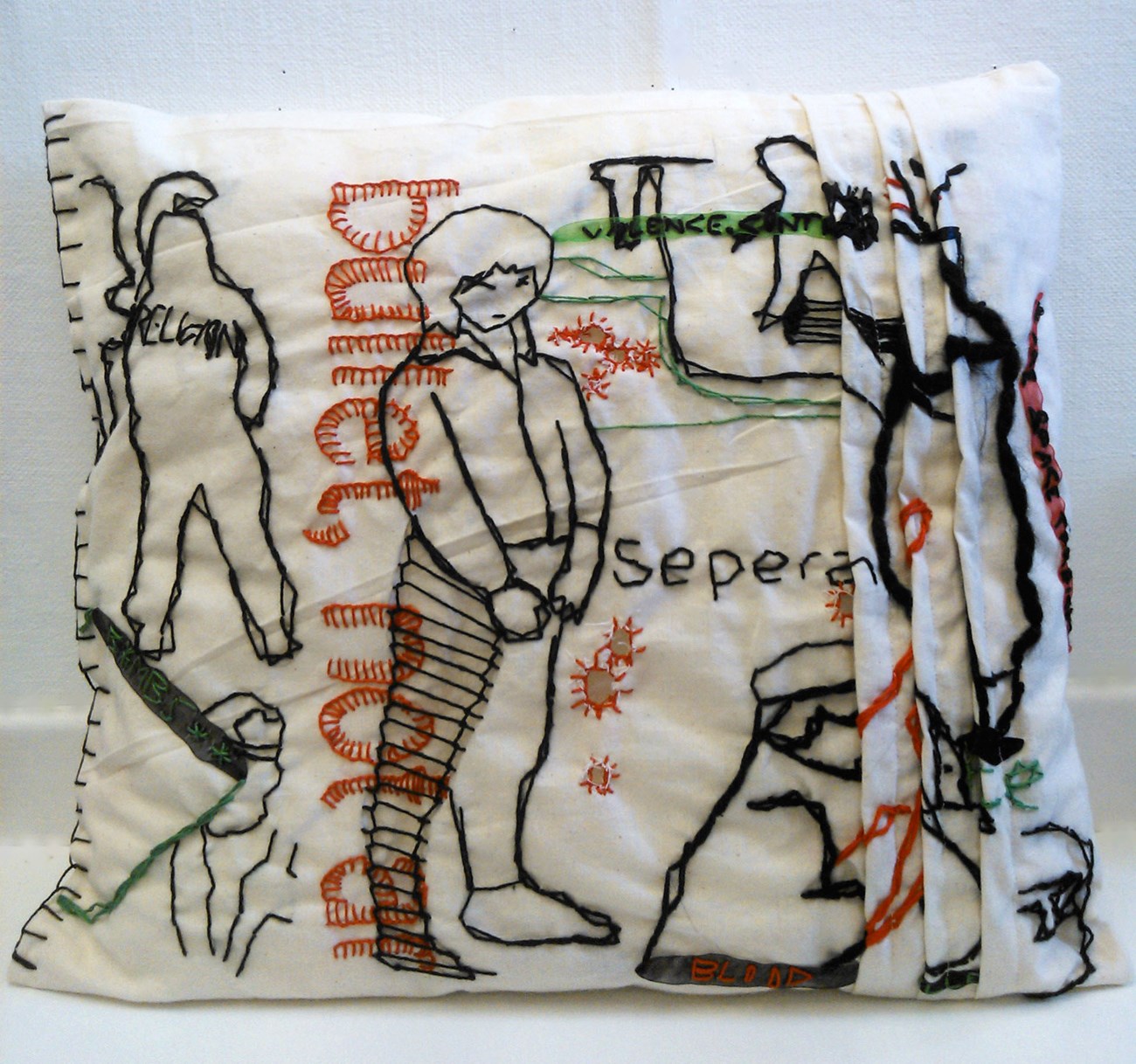 An artwork about trying something different. I do struggle with why we in the west have not changed the structures of politics: Left, centre and right for some time. We can also be a bit like sheep when it comes to politics and not individually think outside the box. It my might be a personal thing, but, personally I struggle with it.

The performance explored links between the historic witchcraft trials of the 16th and 17th centuries and todays politics. Five performers, wearing a five person jumper with the houses of parliament on the front, read from a selection of newspapers including The Sun, The Metro, The Times, The Guardian to name a few. The performers found articles that created scapegoats or deviants in society. Commenting on the role that the media plays in portraying people in certain ways the performers changed words in the articles as they read the text out aloud. Names and actions were replaced with with the word 'witch' or 'witchcraft', drawing a parallel between history and the present. 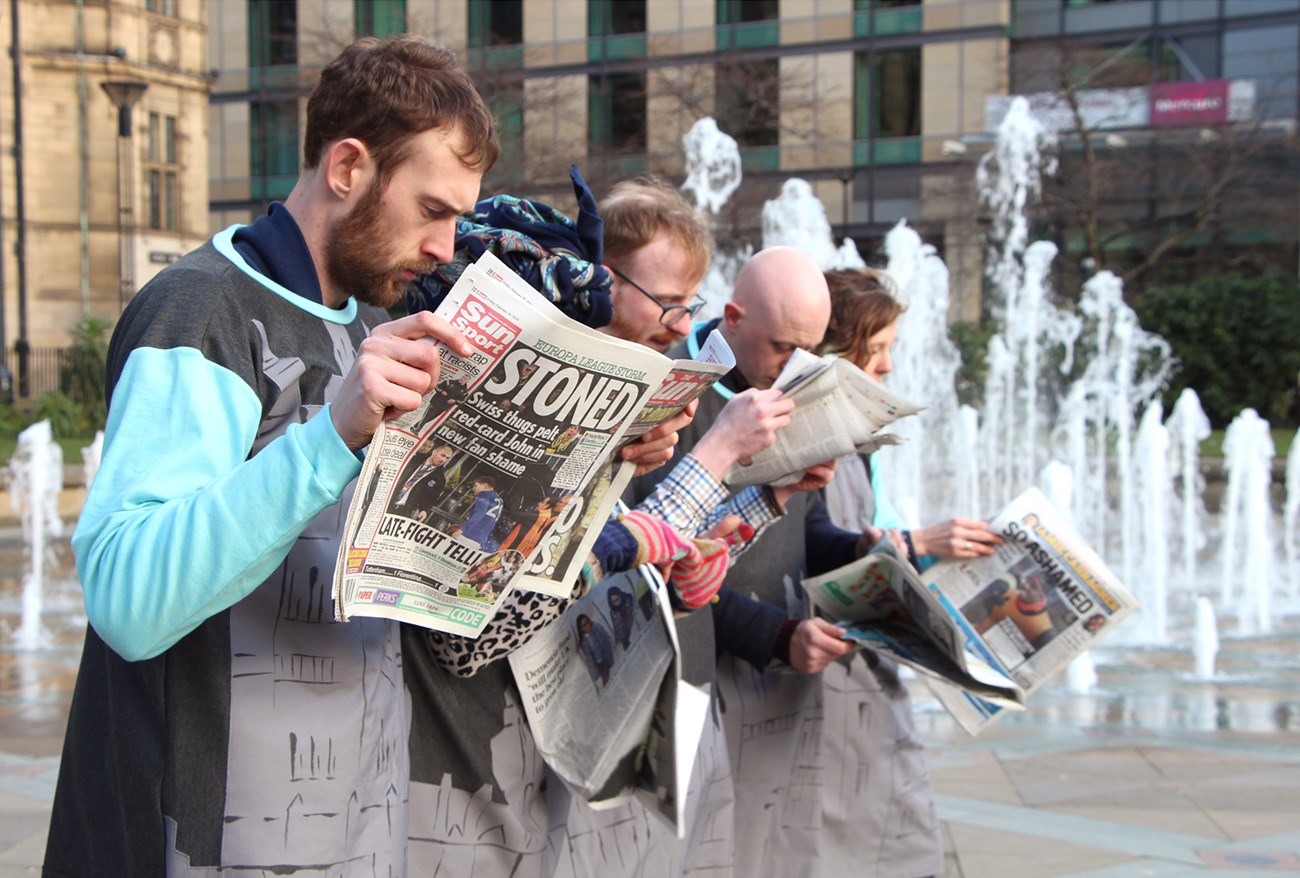