The Eastern Expansion Area of Milton Keynes will become four thousand or so new homes, several schools, and so on. But when we arrived here we found only plans and mud! The idea was this. ‘Passtheparcel’ would start at the new Primary School (the first civic building). It would stay for a period – but when it left it would leave a gift – made from its own oak. When it arrived in its next location it would metamorphose to be appropriate and useful here. Passtheparcel is a little over a mile of oak beam. It is currently in the grounds of the school. In 2015 we will dismantle it – and it will become something else. And so on. This is just the start. 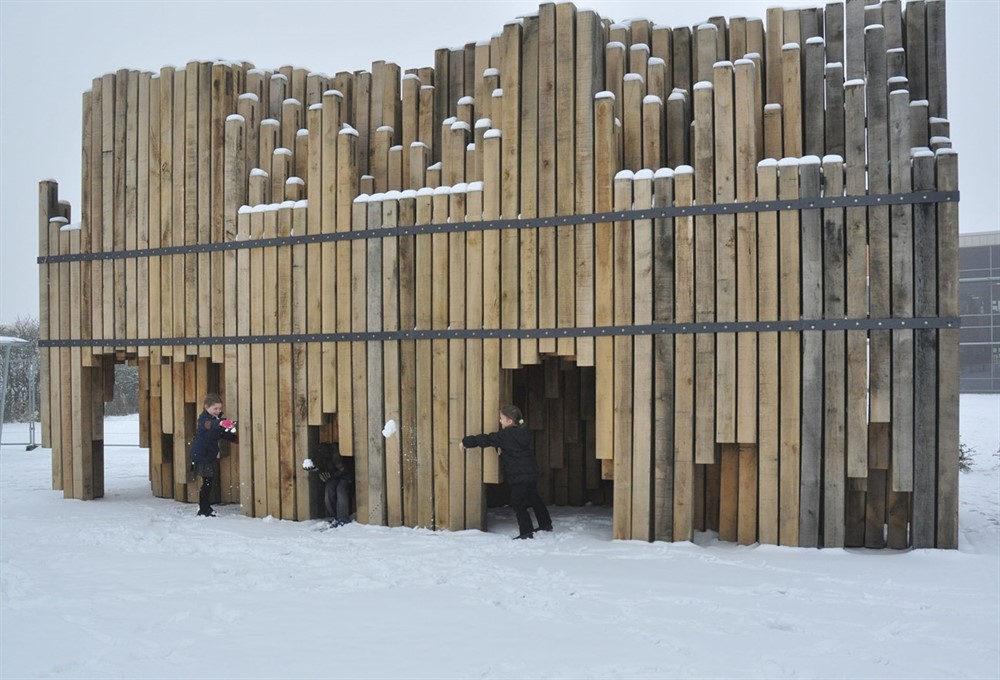 Playing Out is a two year project using art and play in outdoor spaces. Playing Out takes place in Conniburrow and in the centre of Milton Keynes, building links between the two. During 2017, we will work with artist Georgie Manly to try out a series of games, gatherings and art activities in Conniburrow. Those which resonate with Conniburrow residents will be developed and extended during 2018. Playing Out is part of City Club and is produced by MK Gallery. www.playingout.co.uk 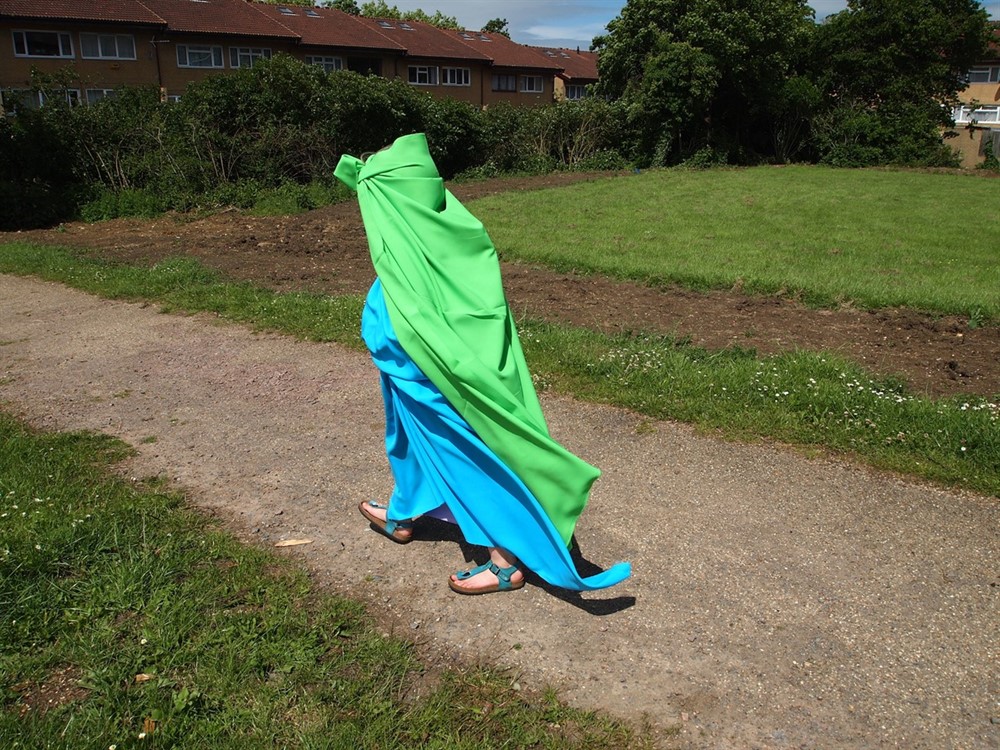 This body of work is made with the community based around the edge of Joshua Tree National Park in California. It is an intimate portrait of a peripheral and charismatic community of the high desert, struggling to find meaning and moments of grace in a hostile environment. The work explores the encounters between people and nature, it is a play with light, impermanence and the faculties of seeing. 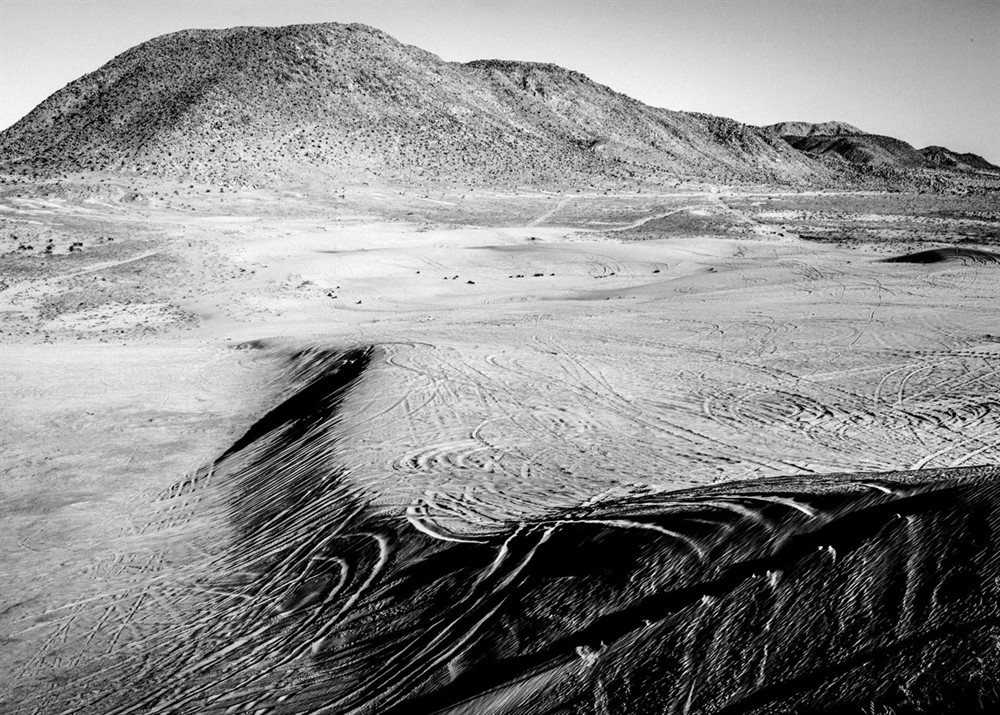 I made this installation in the pre-existing stone circle at Coed Hills Rural Artspace, Wales in collaboration with the artist Adeola Dewis as part of her experimental project 'Play Yuhself'. Adeola's project revolves around issues of carnival, identity and masking. Over two weeks, we created a performance area for a masked dance and drumming event which happened over dawn on the final day.

Charting the area between art and game, play table is a multi-participant, audiovisual ‘work-in-progress’ that has been developed iteratively through a programme of public events.

At its heart, play table features an interactive video image projected from above onto a large tabletop surface. Participants, or ‘art players’, are invited to manipulate virtual objects from the edge of the surface, and by doing so, create aesethetic results that are both visually and sonically arresting. With this set-up, I have sought to test specific mechanics of social interaction through a range of ‘art games’ that stimulate co-operation and/or provoke competition. Above all else, the project is an exploration of playfulness. 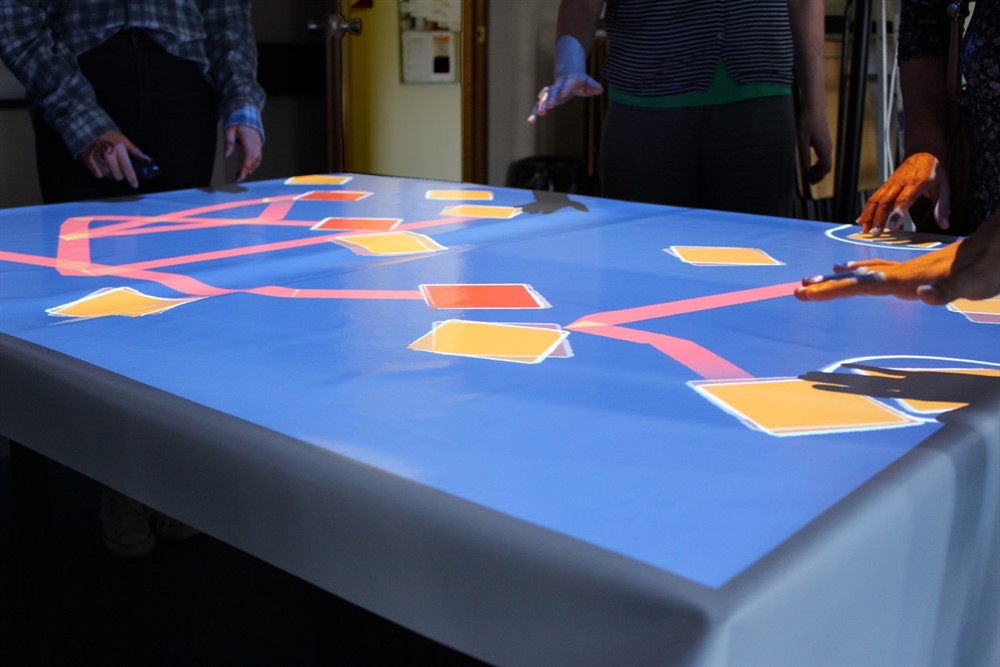