For March's Artist of the Month we've selected Peter Hanmer. We talk to him about his allegorical, sculptural installations that question reality and conventional truth.

I’m an artist currently based in the North East where I recently graduated with distinction as a Master of Fine Art from Newcastle University.

I draw on varied interests including history, political philosophy and storytelling; to create allegorical, dystopian and strangely disturbing sculptural works of varying scales which reflect my interest in the power of art as a cultural and political critique; described by the literary theorist Terry Eagleton:

'…one of the great humanist functions of culture is to open some daylight between its self and the rest of our social practices and institutions so it could actually operate as a critique of them.' 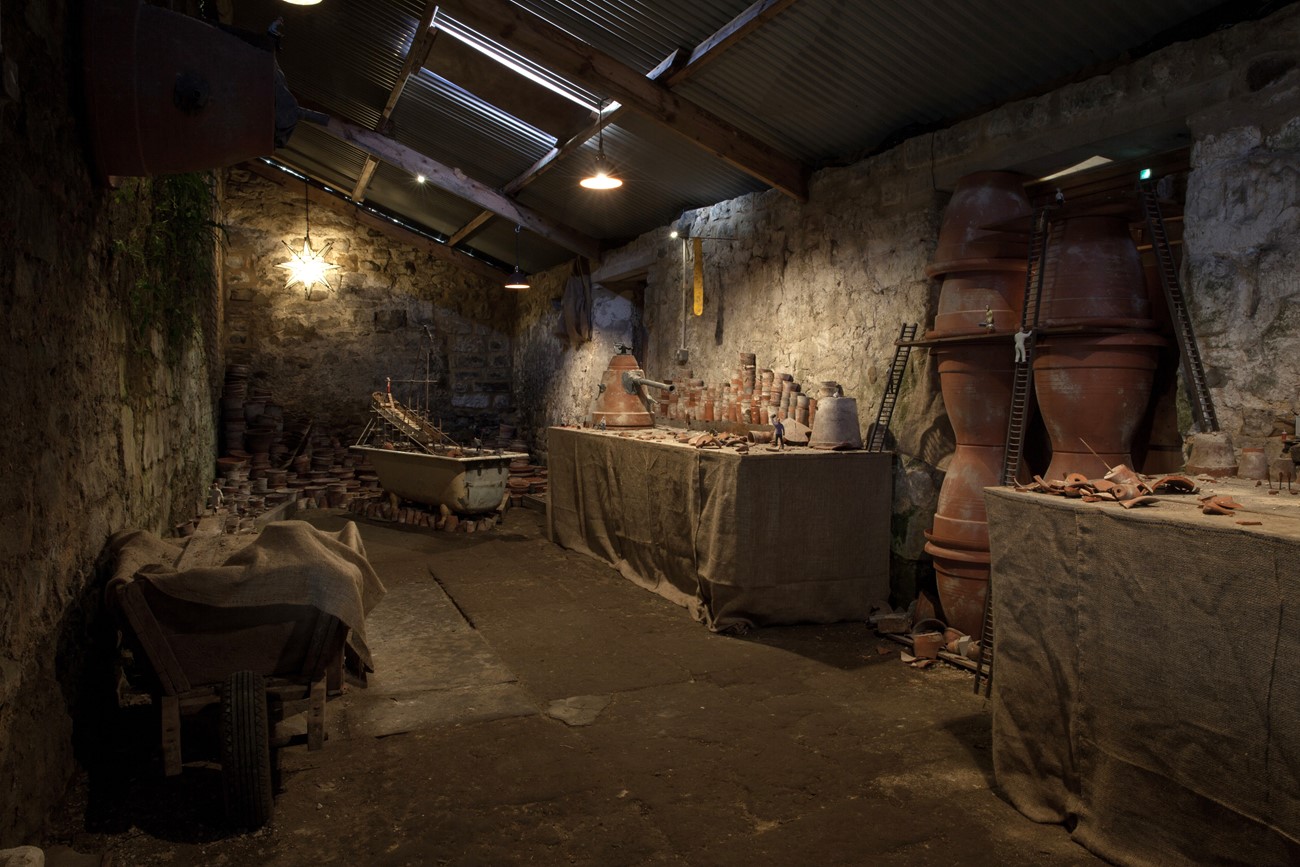 I pick an idea, story or theme that I feel has a resonance to contemporary life and make work that responds to that. Most recently I drew from the philosopher Plato’s story The Allegory of the Cave featured in Plato’s seminal work The Republic to make the sculptural installation ‘Plato’s Lair’ (now at the Baltic Centre for Contemporary Art) which questions the nature of reality. My figurative works aim to test and often satirise accepted wisdom and conventional truths. Constructs such as the hierarchy of human over animal for example is recurring theme in my work.

What made you become an artist?

I think at some point during high school I decided that’s what I wanted to be. I’ve always enjoyed creating new realities and getting lost in the creations of other artists and Authors. At times art has also been a refuge for me. It has allowed me to explore all my major interests and passions. The world building, political philosophy, the fantastical and the storytelling. I simply enjoy it. Visual Art is where all my major interests combine and is my preferred medium of expression. 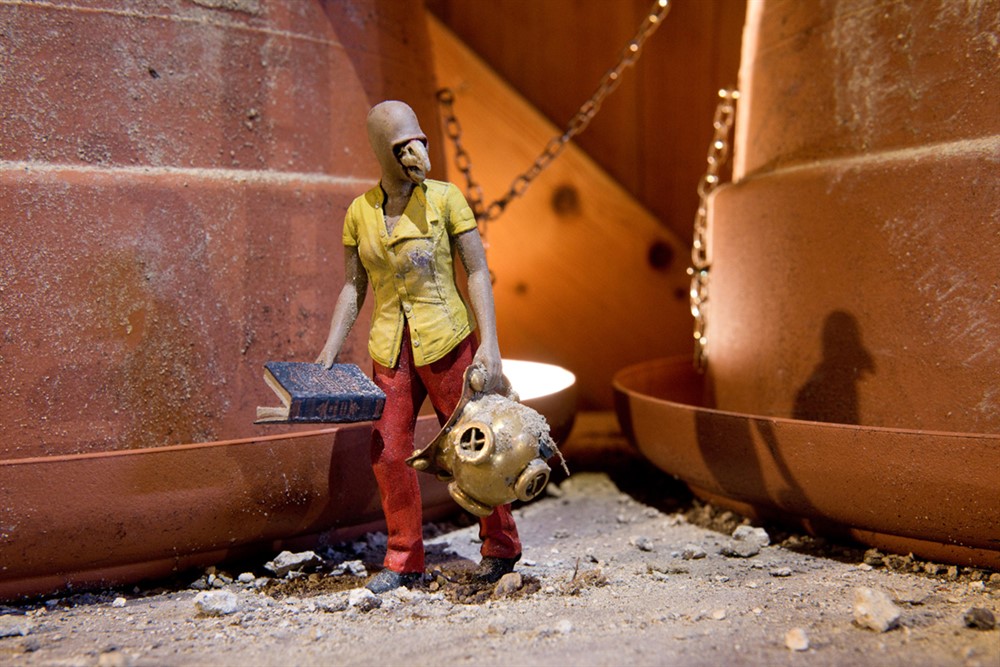 Tell us about your 'Plato's Lair' project that's currently showing at the Baltic in Gateshead.

Plato’s Lair was originally an installation in the potting shed at Cheeseburn Sculpture Garden in Northumbria, UK, as winner of the Gillian Dickinson North East Young Sculptor of The Year 2017. The work is influenced by Plato’s story The Allegory of the Cave in The Republic.

The second iteration ‘Plato’s Lair Redux’, looks like a potting shed from the inside and a large grey box from the outside. A miniature society of birdlike figures resides within; Some seem content to watch a film or to picnic in the dusty gloom, while others desperately try to escape looking for a life beyond. Guards police all the exits however and a tyrant directs events in this tiny dictatorship

In the Allegory Plato asks us to imagine people shackled all their lives, facing the wall of a cave where flickering shadows play. This provokes questions about the nature of reality; how we believe we know the world through our experience of it, but that this may be subliminally or forcefully distorted. The otherness of the birdlike beings provides a distance for the viewer who observes a different yet identifiable character; a miniature replication of their own society.

What do you want an audience to take away from your work?

I would hope the audience would enjoy my work on several levels. On one level it’s okay for someone to simply get immersed in the fantastical, technical elements of the piece.

However, I would also hope that some of themes and ideas within the narratives resonate with my audience leading to them thinking about the subjects and issues raised. It’s best to not expect every audience member to have the same experience of the work, in fact that makes it more interesting when talking to people about the work.

I think once the artwork leaves the studio you lose a lot control of how the piece is interpreted. True you can put out a huge amount of text by the work but if it can’t function without the text is it a strong artwork? 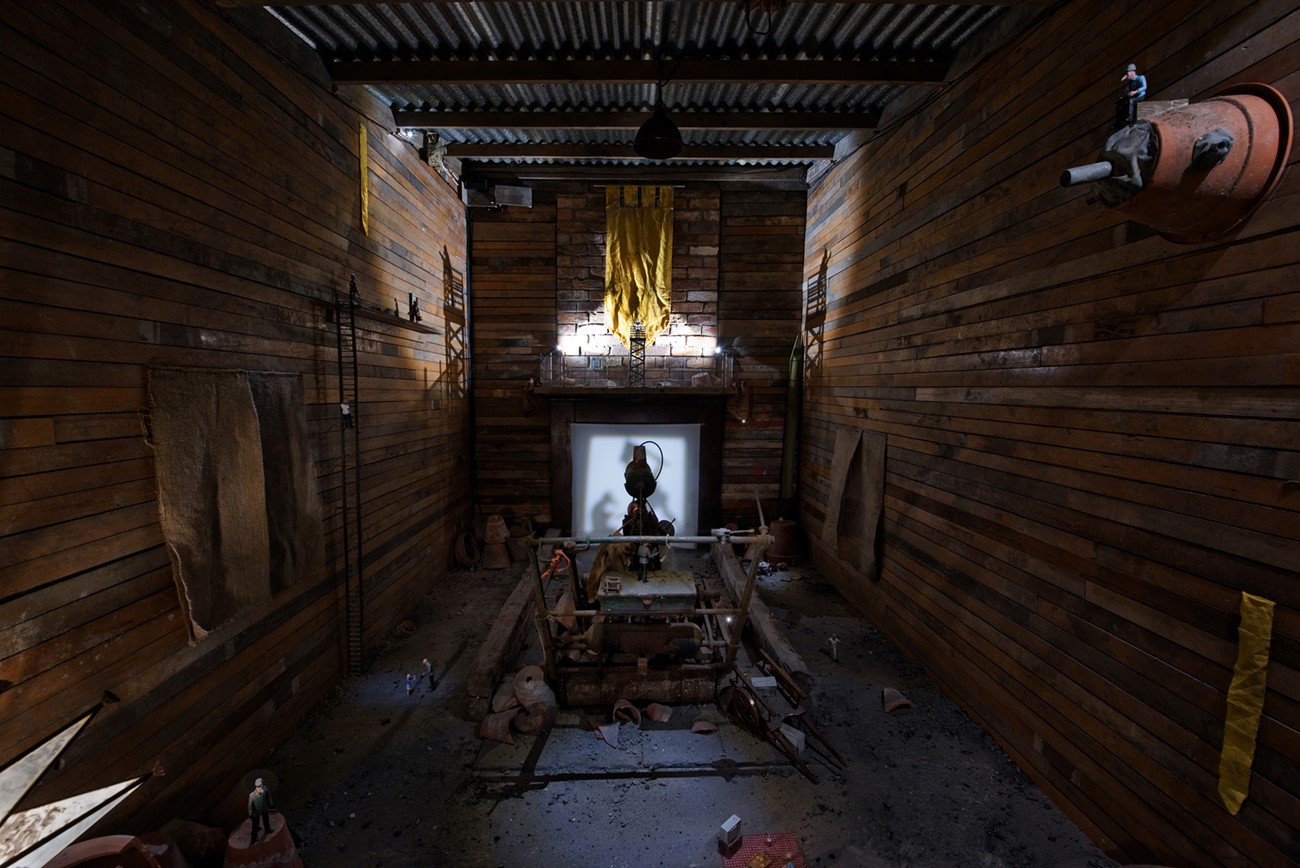 I admire the American artist John Alexander, his paintings have so much energy. He blends nature and humanity with political themes and a dose of black humour; it comes out as this sort of crazed narrative tour de force, I love it. It’s a shame that he doesn’t seem to be that well known in the UK. I came across his work for the first time quite by accident in a second-hand book shop.

I also have a great liking for the intricacy and humour of the sculptural work of artist Tessa Farmer. The worlds she builds with these parasitic fairies ruling over broken ecosystems I find fascinating. I had the good fortune to do some work experience in her studio during my BA at UCA Farnham, it had a massively positive impact on my practice.

I also enjoy the work of the political cartoonist Martin Rowson, these something about his style that has a barb to it that I enjoy.

I am currently working on two new major project ideas one I hope will become in time a new large-scale installation on similar lines to ‘Plato’s Lair’ on the Theory of Democracy. A line stuck with me after reading Plato’s Republic:

‘The excess of liberty, whether in States or individuals, seems only to pass into excess of slavery.’

According to Plato, democracy eventually leads to the election of a demagogue as leader of the people, thus democracy essentially votes for its own destruction. So, I had the idea for a new micro-society exploring the democratic election of such a leader.

The other project is focused on the story of the ‘Fall of Icarus’ with a contemporary spin. Exploring the themes of the story such as hubris in relation to man-made climate change. I hope at some point this will become a single life-sized bronze figure. Right now, I’m working on a third life sized version.

I will also be returning to Cheeseburn this summer with a small intervention in the Gardens grounds. There’s a few other bit and pieces that are yet to be confirmed.