There has been a recent trend for an alternative education system in the arts, one that is free, collaborative and forms its own syllabus, independent of the mainstream higher education system. Historically, art was taught through the atelier system in Europe where artists took on apprentices to learn the trade of drawing and painting. This slowly evolved into the academy and eventually in the 1960s a studio based teaching practice appeared when local colleges merged to create tertiary level art schools and polytechnic colleges. In 1992, the Conservative led government passed the Further and Higher Education Act allowing polytechnics and other higher education institutions such as art colleges to become universities. The master has been replaced with a lecturer and a university education has become the acknowledged norm. But this comes with its own problems; the academisation of learning, the rising tuition fees and the effect of the university bubble where students are focused on grades all have an impact on the quality and accessibility of art education. In the face of these mounting problems, a new 'alternative' school has emerged, often a collaborative, non-accredited program of art education that is designed to equip artists with the skills to practice unburdened by the formalities of university courses. 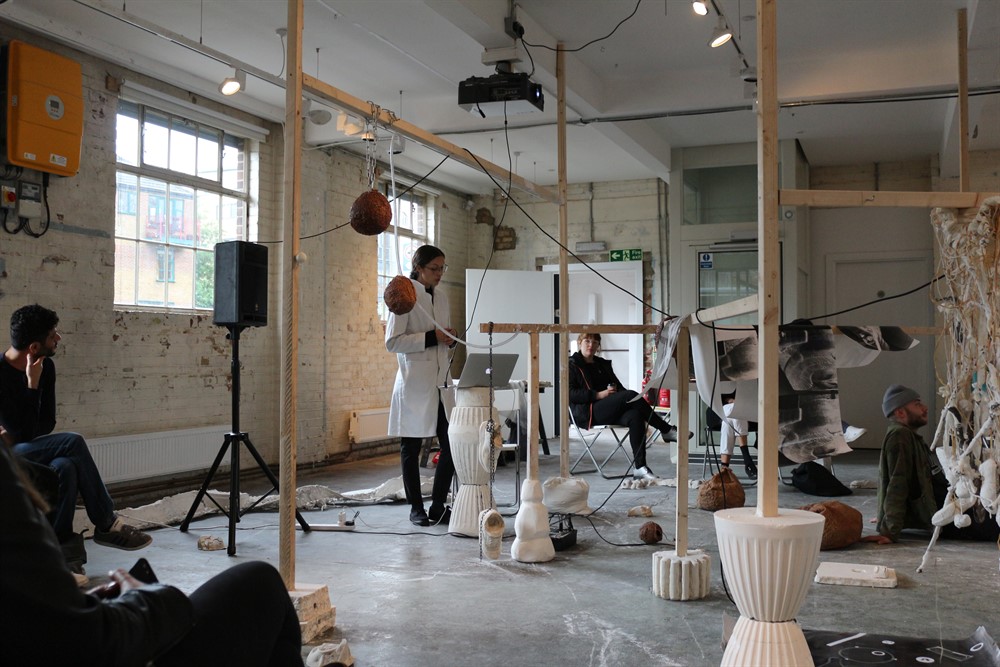 As the cost of studying for a creative degree increases students are forced to evaluate what their prospects are upon graduating and whether the investment is worthwhile. As public funding to arts is cut across country, a steady career in galleries, museums or actually being an artist is becoming less likely. UCAS studies have found that 77.2% of art and design graduates find employment, but topping that list is retail and wholesale. Concerns around employability coupled with the prospect of huge debts has in part led to a drop of 17,000 students applying for creative courses in 2017.

The alternative art school can trace its history to artists adopting education and pedagogical practice into their work. In 1933 a group of artists found the Black Mountain College in North Carolina, a school that was conceived and run by its faculty and students. A school that was meant to last six weeks extended to 24 years. The teaching staff was led by its students and fostered a collaborative learning experience. Many alternative art schools can trace their history to this seminal moment when education was taken into the hands of artists.

The presence of these programmes has grown across the UK in recent years with schools in London (alt MFA), Margate (Open School East), Southend (The Other MA), Liverpool (fs), Manchester (Islington academy), Wales (Unit(e) summer school, FreeHaus), nationwide (Syllabus, School of the Damned) as well as worldwide (Parallel School). The proliferation of the alternative is partly in response to the rising fees for art education.

The Alternative Art School looks to offer a more collaborative way of learning, the hierarchy of the teacher/student relationship is dissolved and the curriculum is often chosen through what would best suit the participants. At School of the Damned, a nomadic alternative, they describes the courses as being “run by it's students, we act as teachers, organisers, and artists to run the school for a year.” This way of working offers students a more open learning experience, instead of being in a University bubble and only experiencing a local art scene, you are placed within the wider arts ecology. School of the Damned operate across the UK from Glasgow to Southend and travel to experience different art scenes, invite guest lecturers in and conduct group critiques. This nomadic education helps participants to build connections and offers an alternative to the university experience situated in a singular city.

Open School East opened in a former library in Hackney in 2013. They offer a free year-long educational programme that was set up as a response to rising tuition fees. Open School East describe their programme as “an environment for artistic learning that is free, collaborative and brings together diverse voices. We do this by providing tuition and studio space to emerging artists, and by producing and hosting cultural events, social activities and projects for and with everyone.” Recently the school moved from East London to Margate in Kent where the school itself operates in a similar manner, but there have been a few noticeable changes. For instance, “a greater ability for the associates to commit time to Open School East due to the less financially pressurising environment of Margate.” Matthew de Kersaint Giraudeau took part in Open School East in 2013-2014 and found the programme comparable to his time at university, saying the experience “was similar because I went to university at a place where we were basically left alone to self organise and do our own thing. I also went before fees were as big as they are now, and there was less of a focus on money and education as a consumer experience.” Giraudeau found the experience hugely beneficial, it was there he initiated a project called The Bad Vibes Club that is now a big part of his practice, and through it he met a wide group of peers and friends, including Ross Jardine, who he runs Radio Anti with. This similar experience offers an interesting point, if the alternative offers a comparable benefit without the fees, how will the mainstream educational institutes respond?

Both School of the Damned and Open School East stress the free participation in their courses and collaboration as major point in this alternative education system. Both respond to the current mainstream educational art model but do these models create a true alternative or are they just reactionary, a coping mechanism? I asked Bella Kerr, senior lecturer at Swansea College of Art who replied:

“I see the alternative art school as a necessary challenge. It may not – or may! – be a rival in terms of student numbers or even viability, but it represents the need to ask questions about art education within the current university system. As art schools have been absorbed into universities they have had to comply with mainly unsuitable administrative and pedagogical structures – a process of fitting practical, studio based art and design teaching and learning into ‘academic’ assessment criteria and inappropriate physical spaces.”

Whether reactionary or not, they ask questions of traditional art educational institutions that are much needed. It is worth noting that participants in alternative art schools have often gone through the university art system, with the majority of School of the Damned and Open School East applicants being formally art educated to some level. With so many feeling the need to seek out further alternative education after graduation then perhaps the traditional university courses are becoming less crucial than before.

The future of art education is uncertain at the moment, at what point will it stop being a viable choice? The alternative art schools look to provide a different route to the debt-laden future facing many artists. With cuts being made to art budgets and uncertain career prospects, students need to make an important choice about what aspects of education they value most. Universities are often driven by money; they need student numbers to pay to run courses leading to a consumer experience. The Alternative Art School offers another way to learn a creative trade, offering an education that is more collaborative; more open and can be directed by the students. This democratisation of education offers a viable alternative, an alternative the University model could learn and improve from.

Rory Duckhouse is an artist and writer based in Cardiff, Wales. Rory’s work looks at ideas of information and control, his mixed media practice works across image, text, video and installation to look at how our behaviour can be influenced by external factors. Rory is currently working collaboratively with Amy Edwards on an arts council funded research and development grant to create video works and live performance to look at ideas of information/misinformation, fact/fiction, the real/virtual.

Rory will be invigilating in Venice for the Cymru yn Fenis/ Wales in Venice exhibition, James Richards - Music for the Gift during October 2017.

Check out his Axisweb profile here>